Check the list of movies below where the director took advantage of the family resemblance.

Will Smith and Jaden Smith, After Earth, 2013 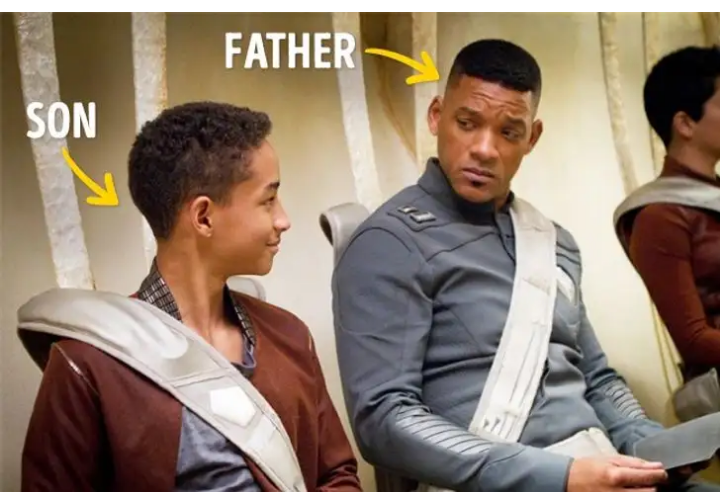 They both starred in the roles of father and son in the fantastic catastrophe film After Earth, a scenario where you wouldn’t find a better actor to play the son: appearance, gestures.

Kirk Douglas, Michael Douglas, Cameron Douglas in the movie It Runs in the Family, 2013 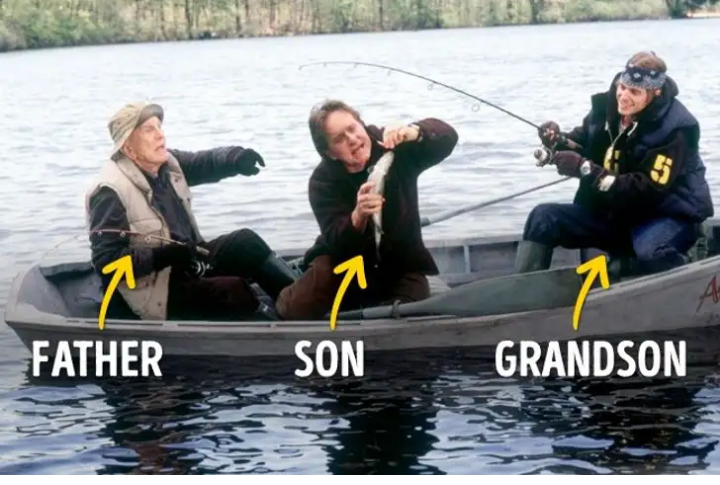 The movie gathered almost all the famous Douglas family where Michael and Cameron played the son and grandson of Mitchel Gromberg (kirk Douglas). In this movie, you can also see the wife of the elder Douglas, Diana, in the role of Evelyn Gromberg. 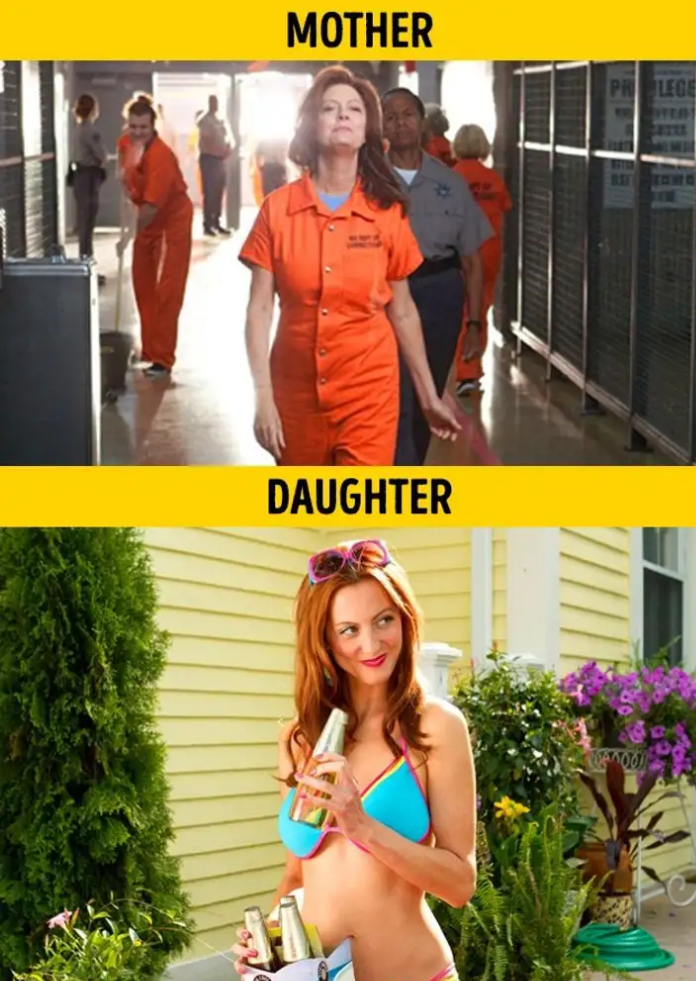 Eva Amurri, the daughter of Susan Sarandon, “rejuvenated” her mother’s characters several times. In the criminal drama Dead Man Walking, you can see her as young sister Helen. And in That’s My Boy, Eva played the young Mary McGarricle. 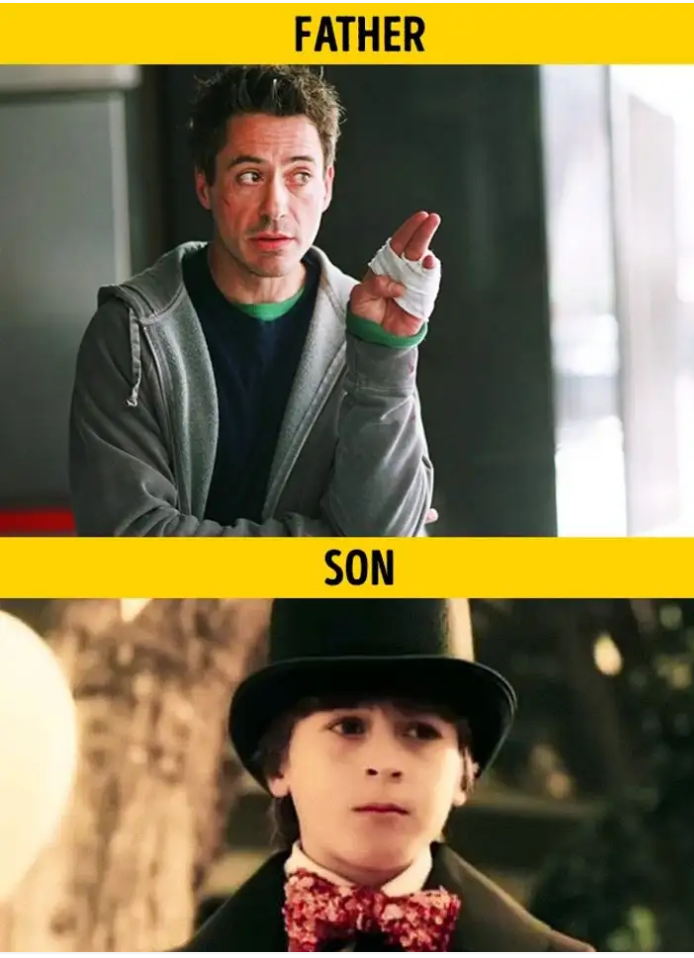 The role of young Selene was played by Kate Beckinsale’s daughter, Lily Mo Sheen in one of the installments of this fantastic movie series.

Dascha Polanco and Dasany Kristal Gonzalez in Orange Is the New Black, 2013 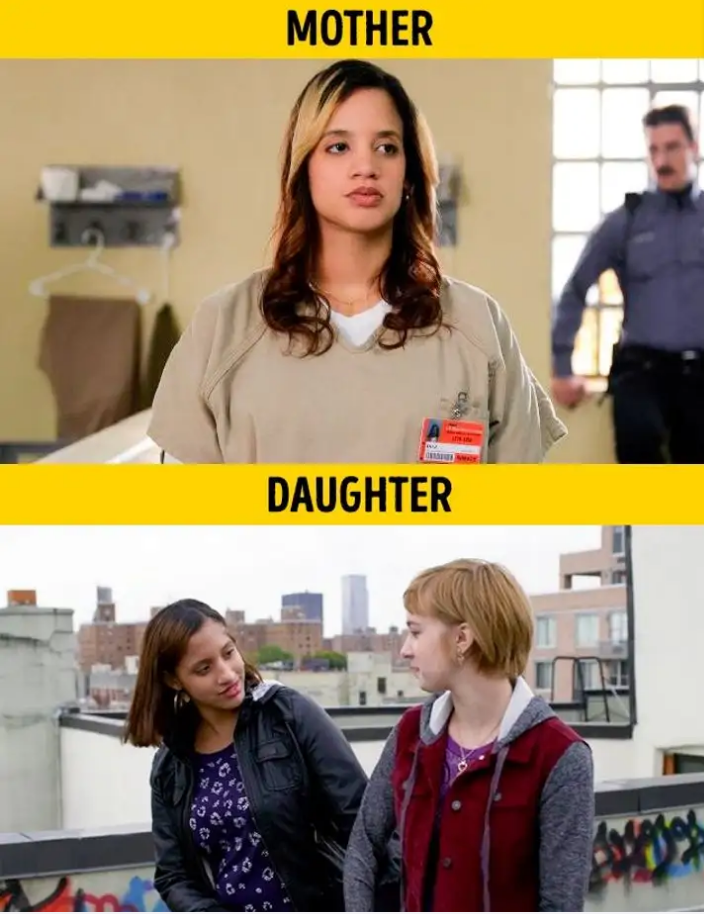 Do not be surprised by the fascinating resemblance of the actresses who played the role of Dayanara Diaz at different ages: they are mom and daughter. The movie is a melodramatic film where the role of Lila Wittenborn is shared between mother and daughter, Meryl Streep and Mamie Gummer. Mamie does look like her mother and also inherited her mom’s acting talent.

Til Schweiger and Emma Schweiger in Head Full of Honey (Honig Im Kopf), 2014 In this comedy, the roles were played by father and daughter. By the way, the movie Tschiller: Off Duty involved another of Till Schweiger’s daughters.