“Hazitusaidii” The Cause Of The Sudden Death Of Kikuyu Musician HM. Kariuki Explained By The Family

By Sir.waweru (self media writer) | 17 days ago 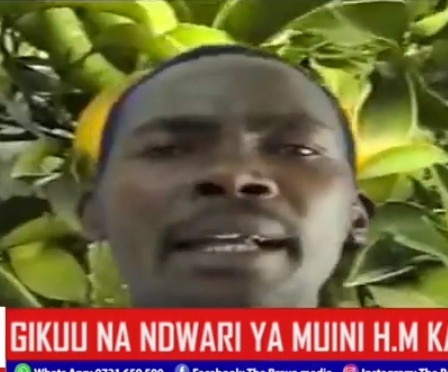 Some hours ago his family talked about his sudden death as they marked 27 years since he died in the year 1995. According to the family, he left home on a Friday where he met Joseph Kamaru saying he was taking his instrument before going to Embu where he performed.

After performing on Friday, Saturday and Sunday he come back home sick although he was not much affected until after four day. His fellow musicians led by Joseph Kamaru took him to hospital and after the scan he died. The doctor said his blood sugar was very high which led to his death.

The family believes that is what killed him because the doctor said it although there are so many notions outside there. They said despite him being the king of Ngogoyo music in that era, they have never enjoyed the fruits of his music because some people took his songs especially social media thieves and they use the songs for their own benefit. Watch the video in the link below. https://www.facebook.com/UYUniUTHAMAKI/videos/882599099821844/?app=fbl