By Sir.waweru (self media writer) | 2 months ago 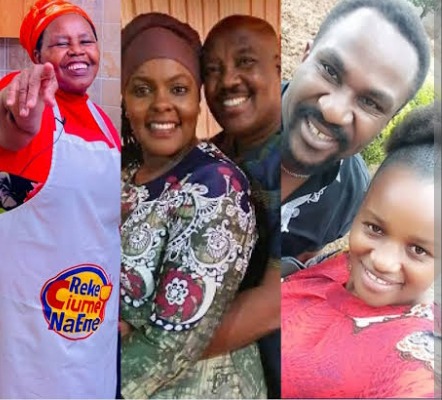 If you frequently visit social media pages you must have come across Recho Kungu at some point. She is a Kikuyu gospel musician and a tv shows actress who has moved from grass to fame through hard work and determination.

She become popular after joining Inooro tv Ithaga Riene show as a cast where she plays the role of a mother which gave her the name mama Githeca Ithaga Riene. Some hours ago she was live in an interview where she talked about her life story and how she joined Ithaga Riene Show despite her old age.

According to her, she ditched herself in music industry in 2006 when she released her first gospel album and later released other three albums which are on her YouTube channel. She went ahead and explained how she joined ithaga Riene Show and how the experience has been so far.

According to her, she was invited for an audition in 2018 by a friend which which she first refused to attend since she was not sure if she can act. Her daughter convinced her about its important advising her not to let the opportunity go. When she got to the auditions venue, she was given a script which she had to respond during the interview and she responded in the most creative way leaving the interviews very happy.

After the interview she received a call and she was given the full script for the next show which left her very happy since she was chosen among her fellow interviewees. She has therefore been in the show from 2018 up to date where she said the show has played a very major role in making her life more better. Watch the full video below.