Member of parliament Oscar sudi has responded to blogger Robert alai who had accused him of making tribal remarks in the burial of a renowned Olympic champion Agnes Tirop. Oscar sudi took to his facebook account lecturing Robert alai saying that he assists Raila odinga in his campaigns. Sudi said that he is close to Raila and at times he advises him on the way forward when need be. 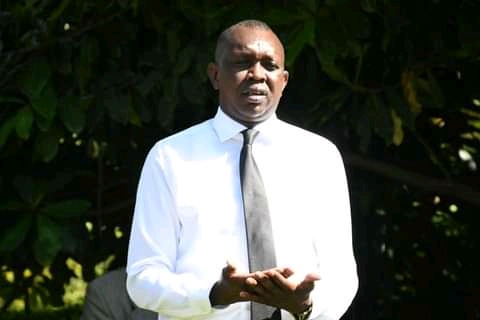 In his facebook post, the legislator lectured the blogger telling him he has nothing to offer to Raila. He told him that he is not of his calibre and however he should not argue with him when he makes his remarks. He later went on to lecture Robert Allai telling him that he mobilized crowds to receive Raila in Eldoret when the former prime minister made a Campaign rally in the region.

"I wish to inform Conman and broker Robert alai that I'm not his calibre. I personally talk to baba directly, I even advise him on some of the issues and he listens to me. I'm not stupid". The legislator posted in his official Facebook account as shown in the post below. He went on to say that he assists odinga Raila to some of the people surrounding him in Eldoret. 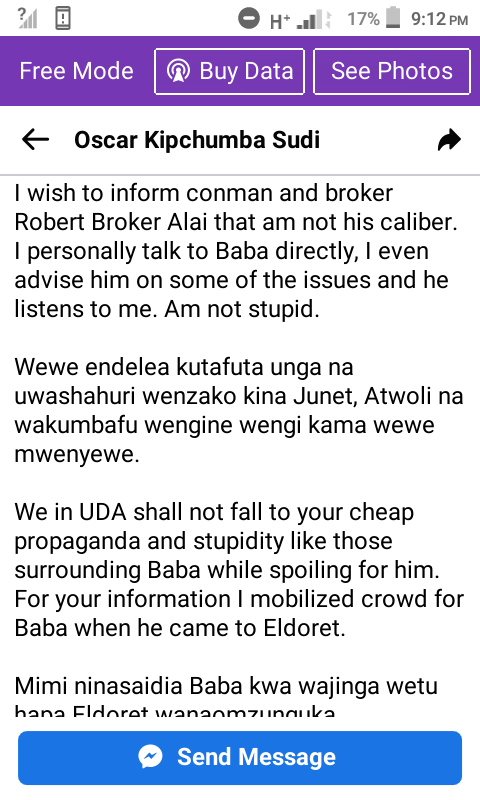