By Newsnearyou (self meida writer) | 5 days

Renown comedians Jemutai and professor Hamo have been on the trending topics in the recent past. This happen following an ugly expose by controversial blogger Edgar Obare that Hamo is a deadbeat dad to Jemutai's two children.

This came after Jemutai anonymously requested to sell her Facebook page to anyone that needs to do business. She said that the reason that she wanted to sell it was because she is suffering to raise funds to pay rent and other basic needs for her children.

One of her friends inboxed Edgar Obare telling him that Proffesor Hamo is Jemutai's baby daddy. This was later confirmed by Jemutai. Chaos started raising after Hamo's fans started abusing and bullying him for not being responsible for his kids.

He decided to do a post explaining himself. He argued that he has always ensured that his children, even those born outside his marriage are always provided with everything. He also said that he sees his children often. 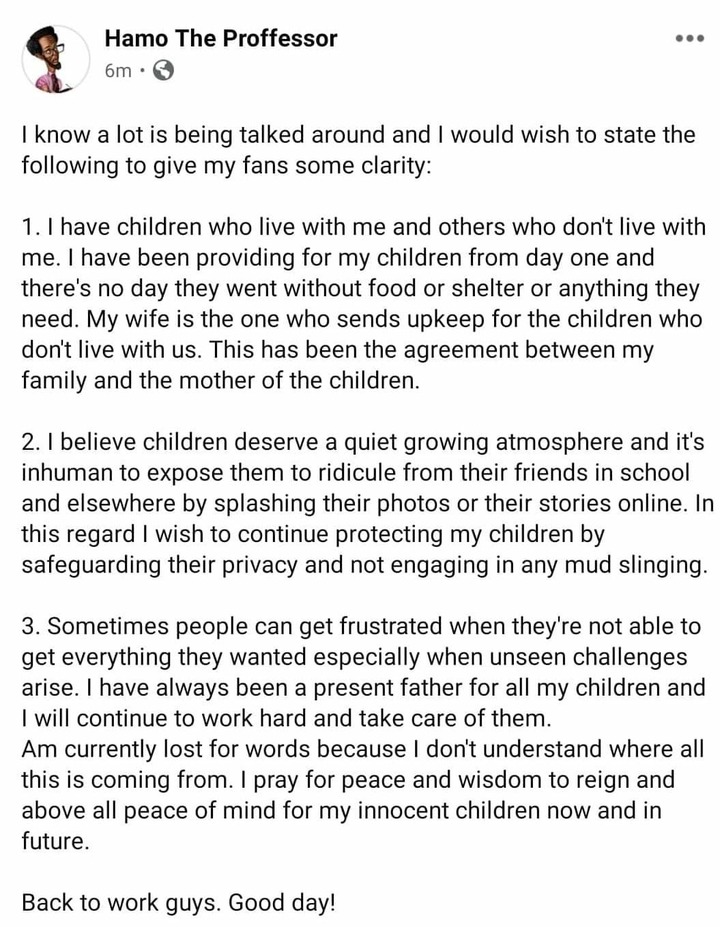 Jemutai also replied to Hamo's post with a lot of anger. She even dragged Professor Hamo's wife in that conversation saying that since October, she has only sent her nine thousand kenya shillings. It was such an ugly odeal, considering that both are exposing each other. 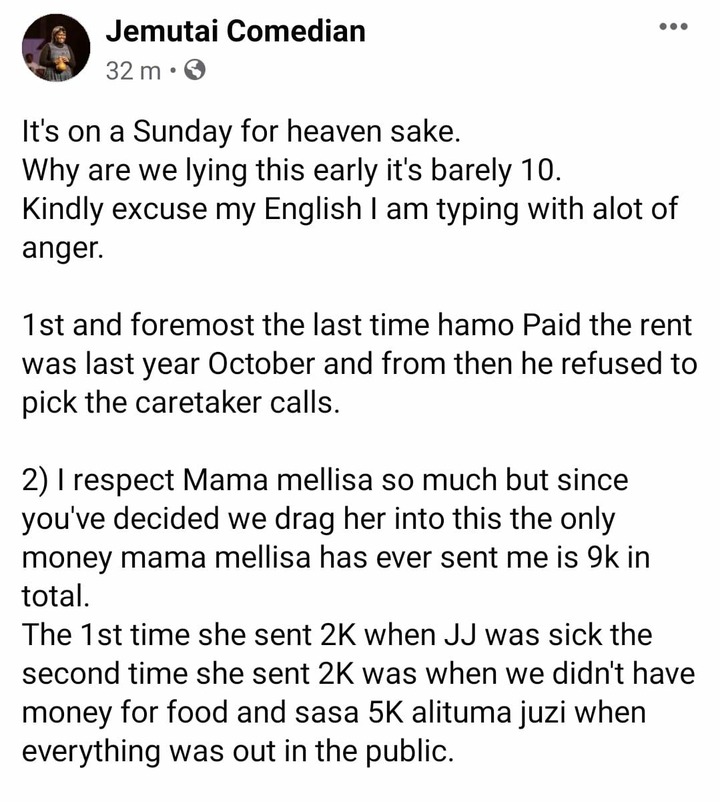 They later deleted the posts but screenshots had already been taken. Professor Hamo's wife seems to be the one eating the money that is meant to be sent to his children.

You can leave your comments regarding the same story below. 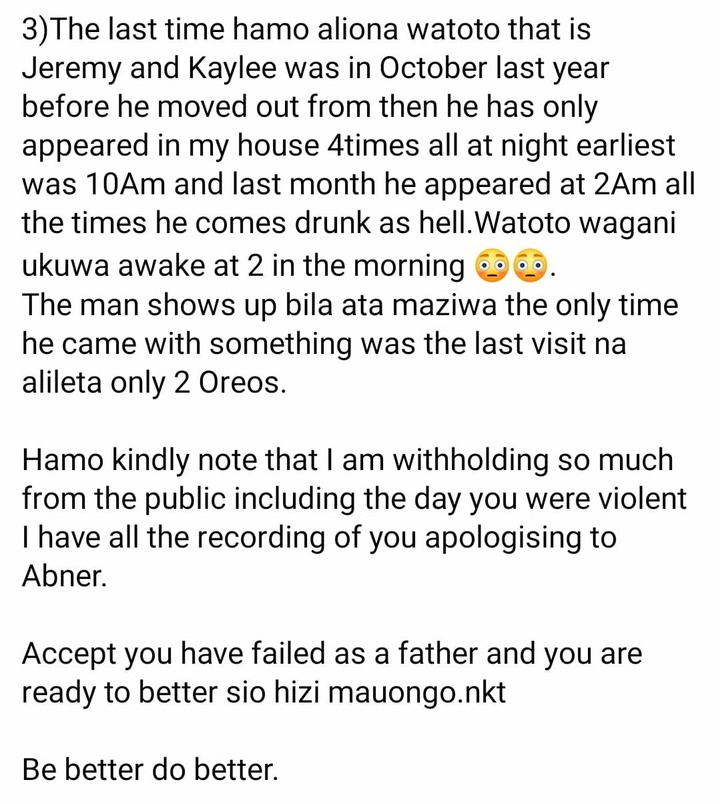 Akothee Is A Rich Woman, Here Is The List Of The Most Expensive Vehicles She Owns(Photos)

Wanting To Impress a Girl You Like? Try not Saying These Things

When Universities and Colleges Will Resume Studies

Tangatanga Allied MP Reveals Why He Voted Against BBI (Video)

Is He also Doubting? Hamo Makes One Demand As He Agrees To Cater For The Needs Of Jemutai's Children