By BestNewshub (self meida writer) | 8 days

When you see people successful, do not think that their success came on a silver plate. There could be much they have been through in their life.

Though they are celebrities, they grew up just like some us,doing things like us or even worse of.

Some of them have a past so hard to be told,but accepting and moving on is what the do.

This is the same way the reknown mugithi renown artist Eddie Gathenge did, he grew up through thick and thin.

In this article,we shall look and how Dr Eddie Gathenge grew up and what he went through.

Among his five siblings, he is the third born. He is from Murang'a county in Kiharu.

Due to his good performance, he was able to join Murang'a High School, one of the most performing school in Murang'a.

But due to his bad behavior, he was able bro be expelled from the school as the management could not tolerate him.

He stayed out of school for a while year and was later admitted bat Kiangoci Secondary School in for three. Thinking that his indiscipline has stopped,he again joined students in planing on how to beat up the head of the students council.

He was again expelled and his bitter father could could not bother about him again, until a year later. At this period, he did all odd jobs, without forgetting smoking.

He confessed all this in an interview and said that his father only observed him but never enquired on anything from him.

After a whole year out of school, he rejoined the school after he apologised to his father and promised to behave.

Though the father was not sure about it,he gave him the benefit of doubts and did what many parents would not do, for the love of his son.

He was able to join Form four again, but the father paid the whole fees for the Form three, to allow him skip that academic year.

But true to Eddie's words,he had totally changed. He did his KCSE exams and scored B+ and is currently pursuing a degree in gynecology at Kenyatta University. His has been able to keep himself relevant and has fitted the competitive industry. 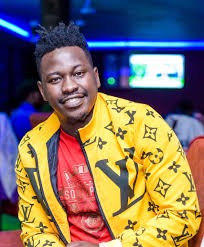 Content created and supplied by: BestNewshub (via Opera News )

Diana Marua Promises Her Children Money While Growing Up Eliciting Reactions From Netizens.