By Kevin_Gates_Kenya💥 (self media writer) | 10 months ago 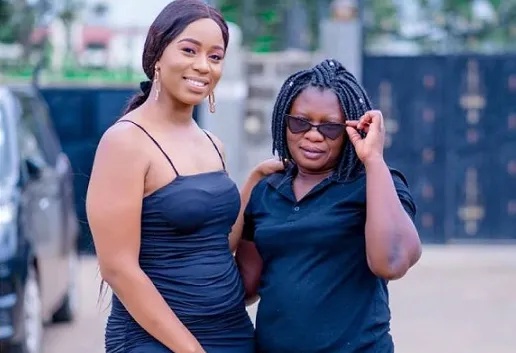 Irene Nekesa, known for her hearty laughter and big smile is a role model to all nannies. Talking about nannies who become family, Nekesa is definitely a household name.

She has lived with the Bahatis for five years and created a good rapport with the family.

The supernanny doubles up as a content creator and brand influencer. She often shares the content of videos created alongside her boss, Diana Bahati. Their videos depict a good relationship with her bosses.

During a recent interview on NTV in a show dubbed Gumzo la Sato, Irene revealed that her superstar bosses opened doors for her after buying her a phone.

She asserted that her bosses push her to work harder alongside showing her smart money-making moves.

The insta-famous nanny has more than 100 thousand followers on Instagram. The social media platform is an extra source of income alongside her salary which amounts to Sh100,000 shillings per month.

Her videos on social media depict a strong bond between her and Bahati's celebrity babies; Majesty Bahati and Heaven Bahati. The mother of two accompanies the family on vacations and family outings. 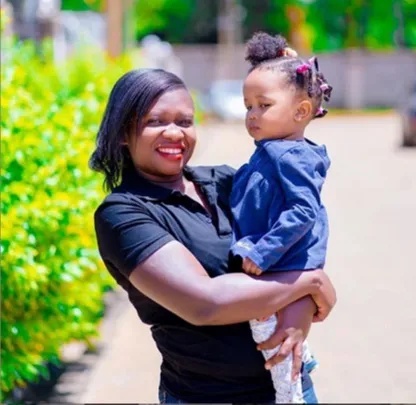 Her employer, Diana B via Youtube described Irene as heaven-sent. Further adding that she has won her trust.

This post elicited mixed reactions from Kenyans and other celebrities, with a big percent claiming that she is lying about being paid Ksh100,000

Some alleged that this is a little money in such a big family. 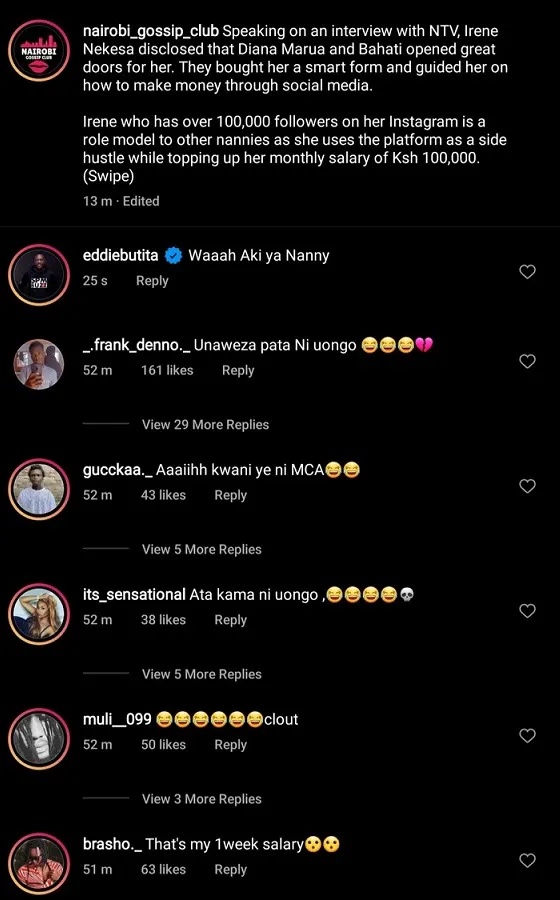 Elsewhere a photo of Diamond Platnumz that is doing round of him flaunting a bald hairstyle is an old photo.

Diamond had posted the photo on his Instastories before Wasafi TV picked it up and asked fans what they thought about his new look.

In a comment, Diamond's fan asked him why he had shaved his hair.

In his reply, the 'Nawaza' hitmaker asked his fans not to believe everything they read online.