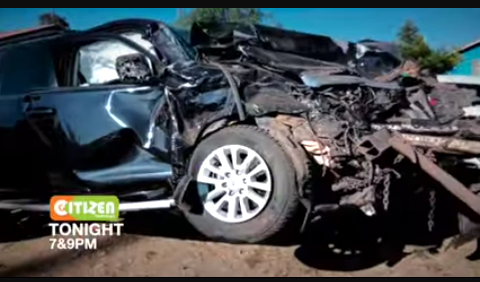 Jubilee Party Secretary General Raphael Tuju who is also a Cabinet Secretary, with no specified ministry is one of the few individuals who have a remarkable survival stories after involving in a very dangerous accidents.

Tuju has narrated his story with Citizen Television today, on how he nearly lost hope of recovering fully back to his normal walking posture, after involving in a very bad accident on February 2020 while on his way to Kabarak for the Late President Moi's funeral which nearly took away his life. 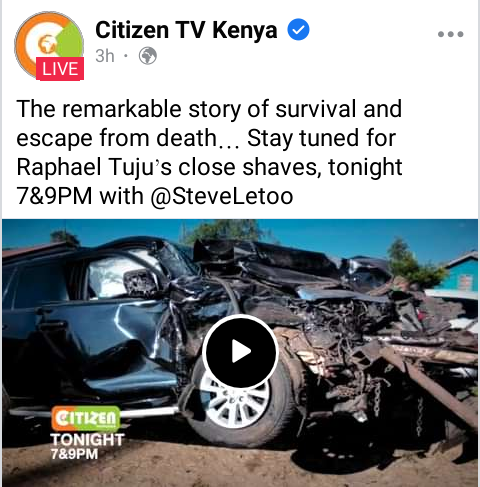 According to him, he was informed by the medics that his vertebra had completely broken after the accident, which nearly lured his life but God stood on his way and he eventually recovered and walked again.

"When I was informed by my doctors that my vertebra had broken, I nearly lost hope of being able to walk again. But they helped me in making practices slowly slowly until I fully recovered and God was also by my side." He said.

Tuju is currently in a making a 50 Kilometres walking trips to several parts of the country, as he also makes contributions to buy hospital equipment and machines to help the accident victims in the country.

The Jubilee Party Secretary General, had also been involved in an aeroplane crash earlier before in 2003, which took away the lives of the Labor Minister by then Mohammed Khalif and the two pilots. This made him made a bold decision of making trips in various places of the country as he contributes money to help other accident victims. 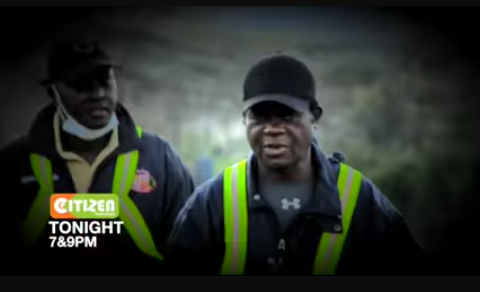 Opinion: Reasons You Should Stop Eating Smokies And Sausages

Opinion: Reasons Why Subaru Enthusiasts Are The Most Loved By Kenyan Ladies