Madiba, Nana And Zora Leaves Fans With A Special Message As Zora Citizen Film Comes To An End Today

By Hotnews (self media writer) | 11 months ago

Zora local citizen film is now on the news making headlines as the show is coming to an end, today, 3/3/2022, Thursday. Zora was a swahili Kenyan local film which was aired on Citizen tv on 7:30pm on week days. 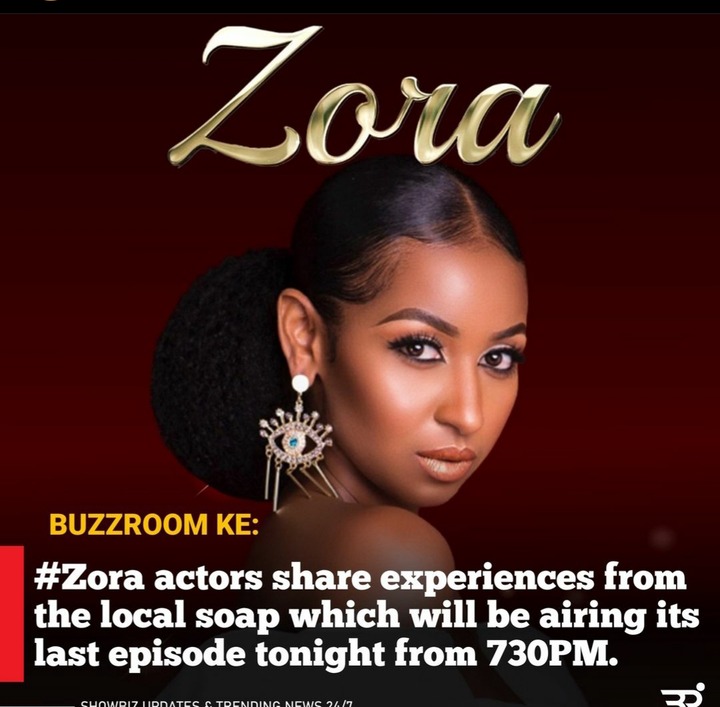 As the show is coming an end, popular show actors and actress, Madiba, Zora and Nana shared their feelings for being part of the film as they thanked the other actors and actress as they uploaded some of the photos. 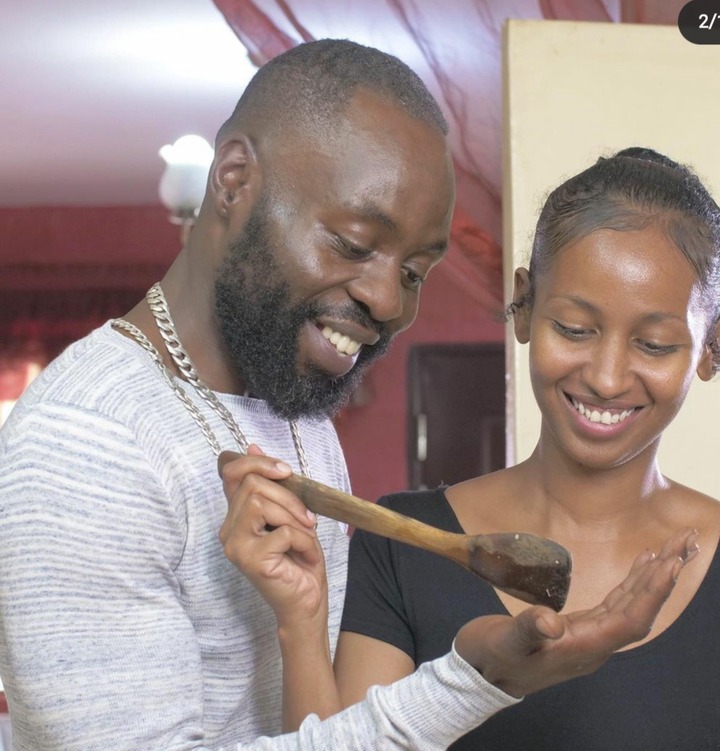 Madiba promised he will be back on the tv soon, Nana acknowledged her role and hoped that all fans learnt a lesson from the role she played. And Zora thanked Jiffy production company for having her in the film show. 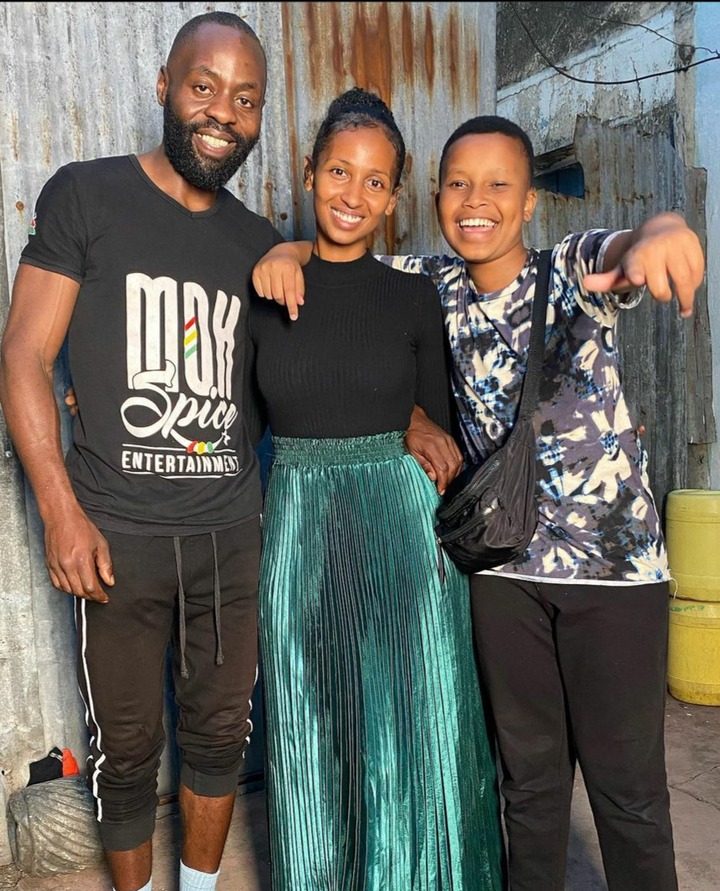 Buzzroom digital media also reported about this news on their official social media handle, in the post, the news was as, "Zora actors bid fare to the show as it comes to an end this evening; Thursday 3rd March. The locally produced soap has been airing on Citizen Tv from March 22nd 2021 and featured Kenyan thespians including Sarah Hassan..." 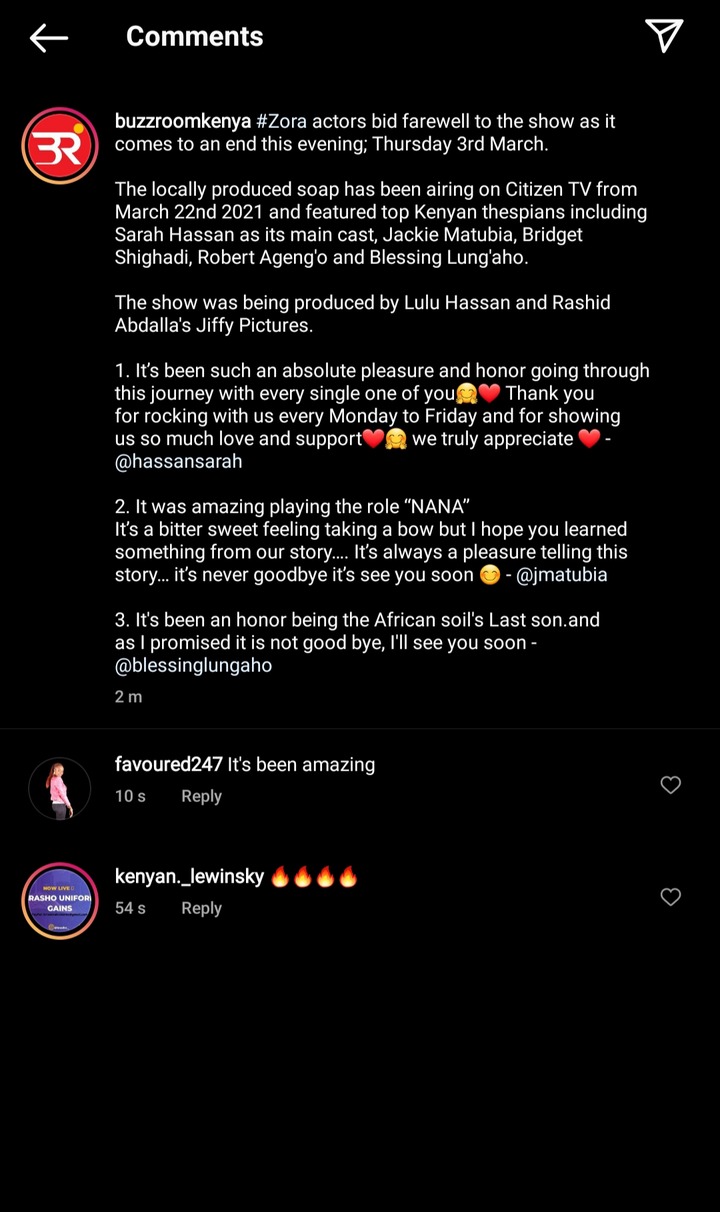