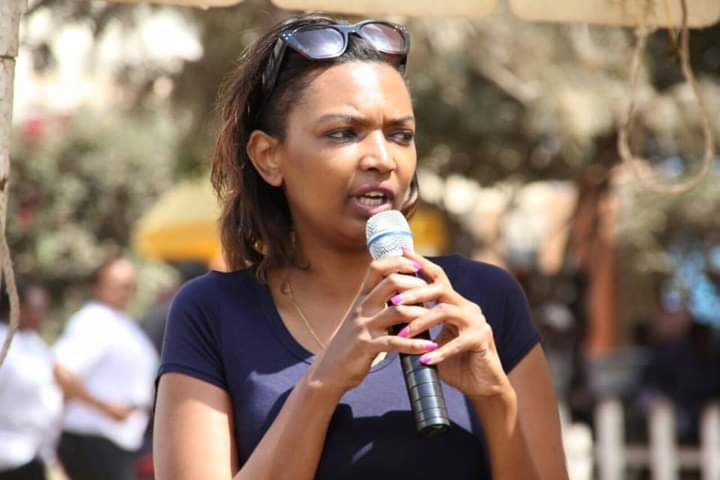 City politician and lawyer Karen Nyamu at a past event(source. facebook)

Speaking at Bonga na Jalas interview, Karen admitted they have a son whom they love.

She however trashed claims that she expected the singer to leave his wife for her.

According to her, all women are the same and the faults he sees in his wife he may find more in her(Karen).

"I would be the last person to wreck Edith's marriage. I don't support men leaving their women for other women. Maybe she nags, I nag too in a way," she said.

She also rubbished Samidoh's wife Edith's claims that she has been sending photos and videos to her using pseudo accounts.

She said that at no point did she abuse the singer's wife.

"During our fight, while I was very angry I even asked her to prove that I sent videos and photos and I will pay her a million shillings," she noted.

She disclosed that she chose to post videos of Samidoh and his son on social media after the two fought over their son.

She apologized to the wife for the anguish she caused her stating that she didn't know the wife was unaware of their affair.

She said Samidoh had told her that the wife knew about the affair.

"He kept telling me do you think I haven't sat her down. No excuses anyway I want to say I'm sorry for the anguish I caused you," she said.

Health Benefits That Mango Leaves Can Bring to Your Body

David Murathe Responds to Claims he Was Involved in Kemsa Heist, Says This

How Becoming An Opera Writer Was A Life Changing Opportunity

It's Time For Big Fishes, Kenyans Want To See Action Being Taken Against Murathe - TJ Kajwang