By TimingNowKE (self media writer) | 14 days ago

Gospel Musician Stephen Kasolo has taken to his official Facebook page urging Kenyans to register as voters ahead of the 2022 General elections. 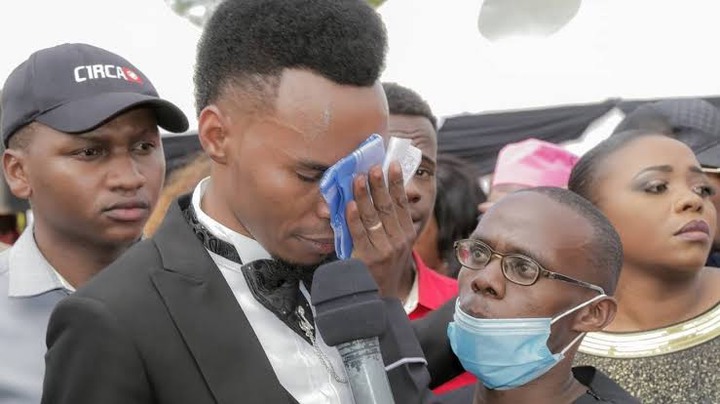 The famous musician who hails from Ukambani has also revealed that he'll be running for a seat in 2022.

As per his post on his official Facebook page, Kasolo will vie for the Member of County Assembly seat of the Mulango ward in Kitui County. 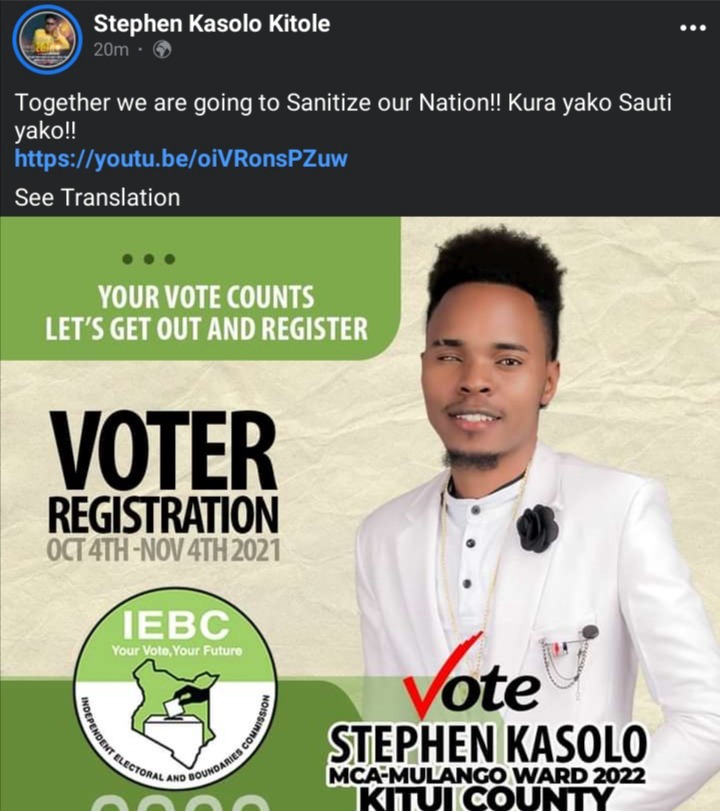 It's Clear that Kasolo's interest in politics follows footsteps of other musicians in the country who have done so previously but some have been successful with others failing miserably.

However his announcement to join politics ahead of 2022 has not excited a section of Kenyans who have bashed his move, urging him to stick to gospel music rather than politicking. 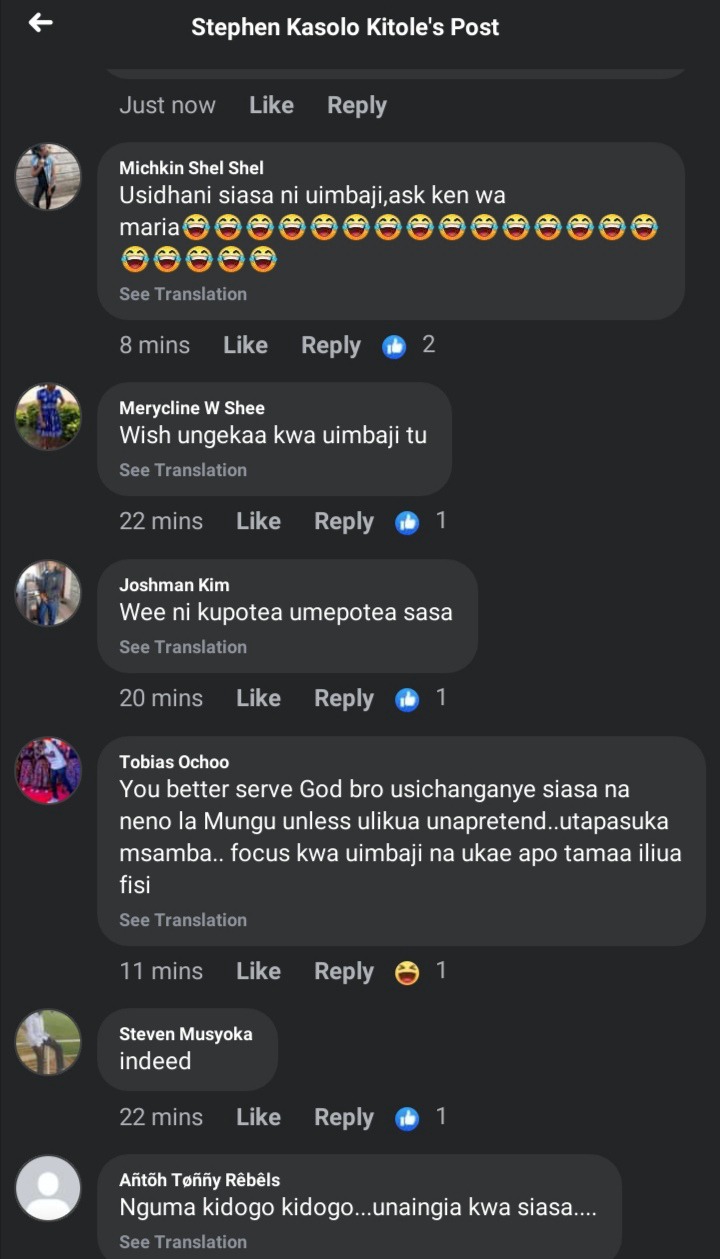 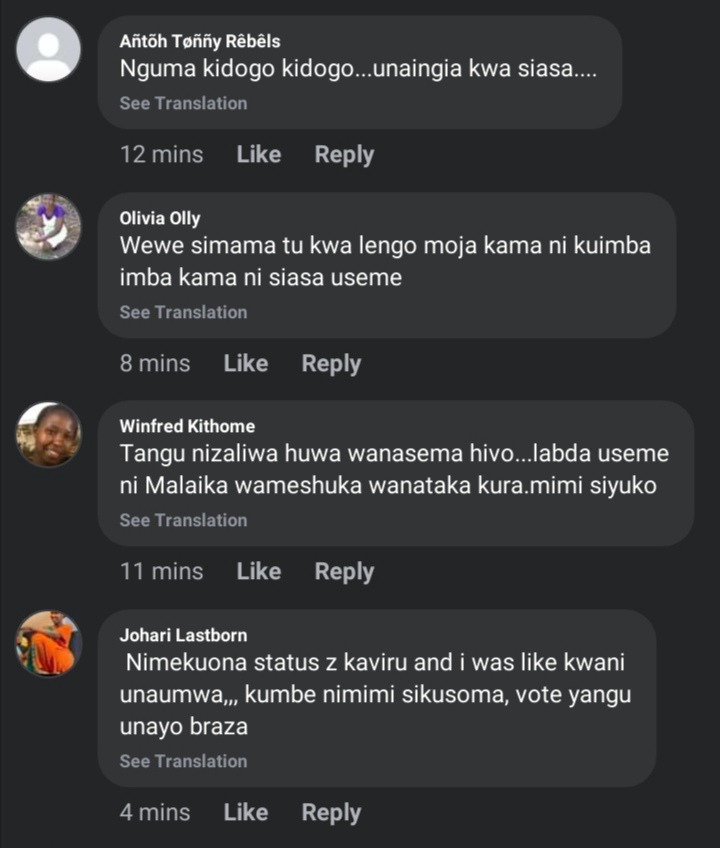 His music journey in the gospel industry....

Kasolo's love for music started years back when he was still young.

It all started by singing in their local church and later on in highschool could sing in the christian union. His resilience and determination saw him win a reciting piece in the Kenya Schools Music Festivals. He continued with his music vocation even after highschool and has worn several awards.

His entrance to politics now seem to have changed people's view in his career.

DCI Breaks Silence On The Man Who Raped His 90 Years Old Mother In Makueni, Launches Manhunt