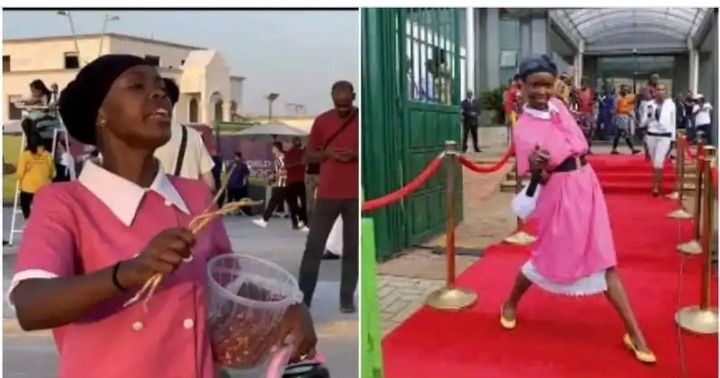 After a brief visit in Qatar to watch World Cup games, content creator and actress Jacky Vike alias Awinja is back in the nation.

A video of the celebrity selling nuts and mukhombero to visitors who were also in the UAE country for the matches caused her to become famous a few days prior. After posting a video of herself selling mukhombero and peanuts outside a football stadium, the actress made internet users laugh. 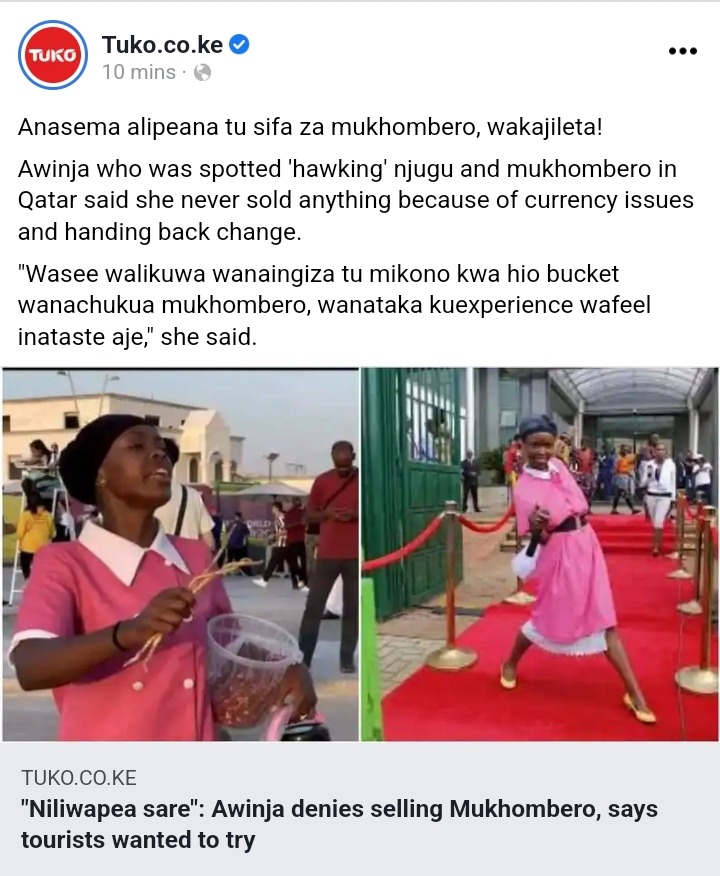 Netizens praised her for being creative in the content she produced and enquired as to how she had gotten the mukhombero roots past the airport.

The video creator spoke with vloggers about her experience hawking as soon as she returned to the nation by plane.

"I observed, and I said that since they have been saving for two years to watch the World Cup, I should sell to them. She stated, "At first, I thought I should sell to them, but I realized it would be difficult because of the currency issue, which needs one to return back balance. So, I decided to allow them to sample for free. 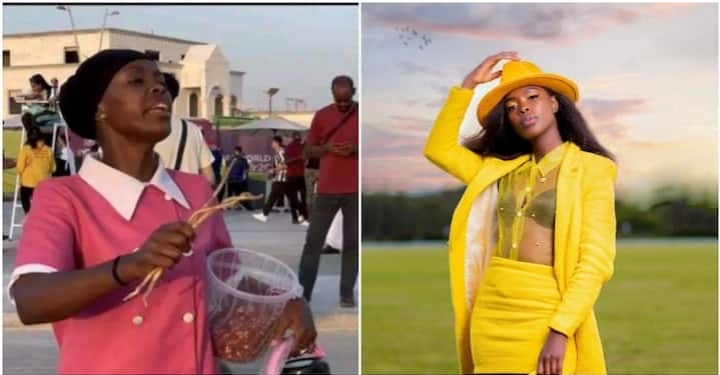 Awinja claimed that despite not mentioning where she obtained the mukhomberos, all of the persons she spoke to were interested in them after hearing about their advantages.

To take Mikhombero, people were dipping their hands into the bucket in order to understand how it feels, they wanted to experience it. I did not sell them; I freely gave them. She spoke. 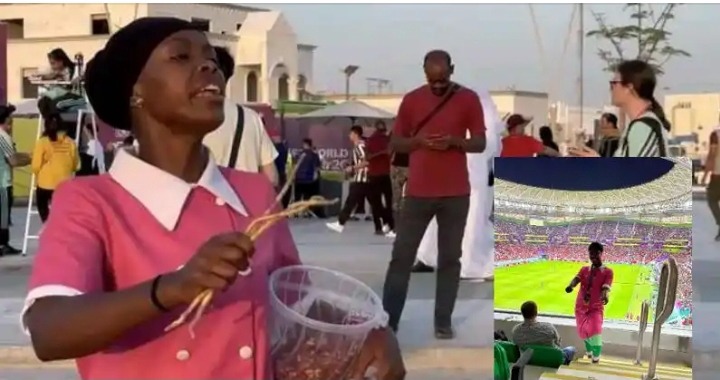 She also complimented the Kenyans living in Qatar for being kind and friendly to her and claimed she was able to speak with some of them who were employed there. Awinja claims that Kenyan expatriates in Qatar have discussed how domestic managers who manage people's homes suffer the most.

A video of Awinja covering her stadium seat with seat covers amused online users. The actress was shown on camera removing the fabric, known locally as kitambaa, and putting up her seat in a popular video. People watching the World Cup gave Awinja strange looks, but she continued to set up her seat without being bothered.