By GodfreyGwako (self media writer) | 2 years ago 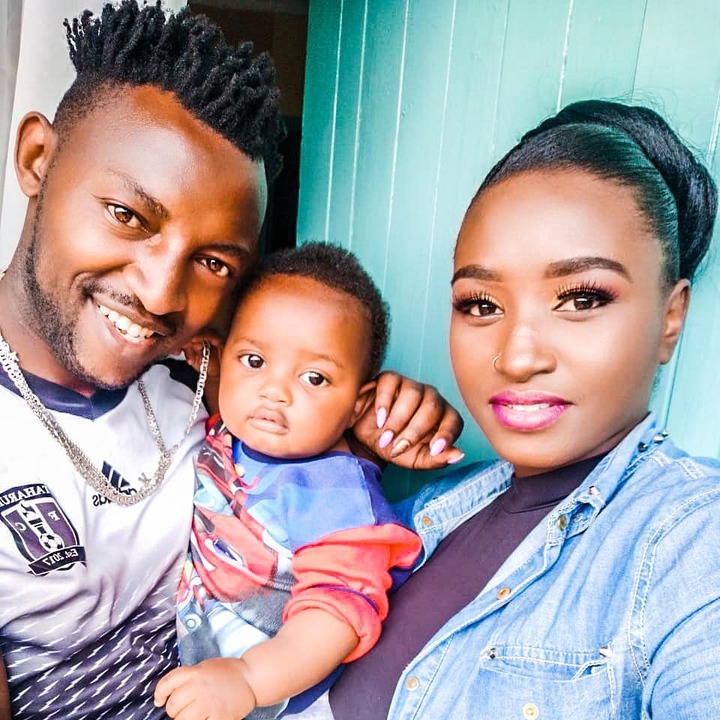 Njambi (real name Njeri Gachomba) is a popular actress on The Real Househelps Of Kawangware, a popular comedy show that airs on NTV every Wednesday at 7.30 am. She is a mother of two very beautiful children. She gave birth to her first born daughter in her early twenties but then she separated with the baby daddy. She confessed in an interview some time back that they both cheated on each other and that they used to fight a lot because they were young and naïve. She gave birth to her second born, a bouncing baby boy in December last year.

The young lawyer took to her Instagram recently to appreciate her current boyfriend that is playing the role of father to her child even though he is not the biological father. But some fans got curious on the caption which to them sounded a bit disrespectful to the man. 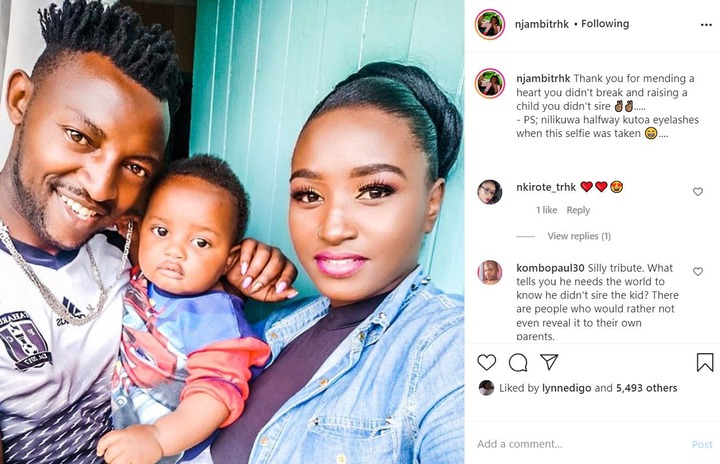 Some people felt that Njambi did not have to let the world know that her current guy did not sire the kid because some people may not want their close friends or even their parents to know such details.

“Silly tribute. What tells you he needs the world to know he didn’t sire the kid? There are people who’d rather not even reveal it to their parents,” commented one Kombo Paul.

Another lady called Letoya Miniso asked Njambi, “How is this an appreciation post?”

Njambi relied to such replies with a ‘Face with Rolling Eyes Emoji’.

Some other fans though congratulated the beautiful actress for her gesture of appreciating her current man, which is what the post was intended for, anyway.

What do you think? Was Njambi’s captioning an insult or compliment to the stepdad? It is all about perception.