Kenya musicians whose hit songs are no longer on YouTube

By Trendnews (self media writer) | 18 days ago

So many Kenya artists hit songs have been removed from YouTube. So many of the hit songs had reached over a million views. Some of the artists who have complained about this are Nadia mukami, otile brown, ringtone and many others. The artists have come out of there social media to proof the claim.some of the pictures are from nairobi_gossip_club. 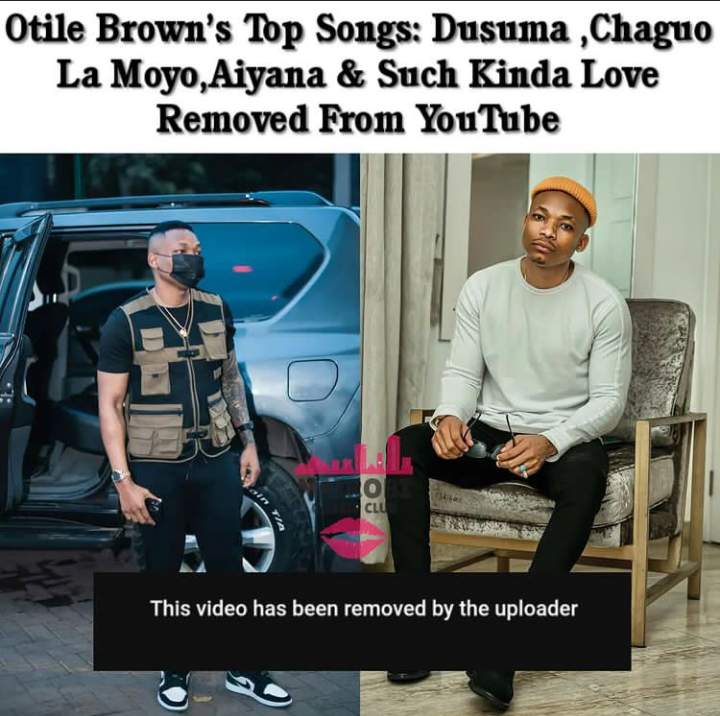 Otile brown manager talked to Mungai Eve who is among the fast growing YouTubers in Kenya. He mentioned some of the songs that were romoved some being chaguo la moyo wangu, Dusuma, Aiyana, such kind of love. They were a hit and still a hit. otile brown seems to be so disappointed.

Nadia mukami also came out to say that also her top songs like maombi, wangu, radio love and kolo have been removed from YouTube. This songs are among her top songs and the had hit more than a million views. Nadia mukami has been among the fast growing Kenyan artists musicians because of her known hit songs. She is a female musician based in Kenya. 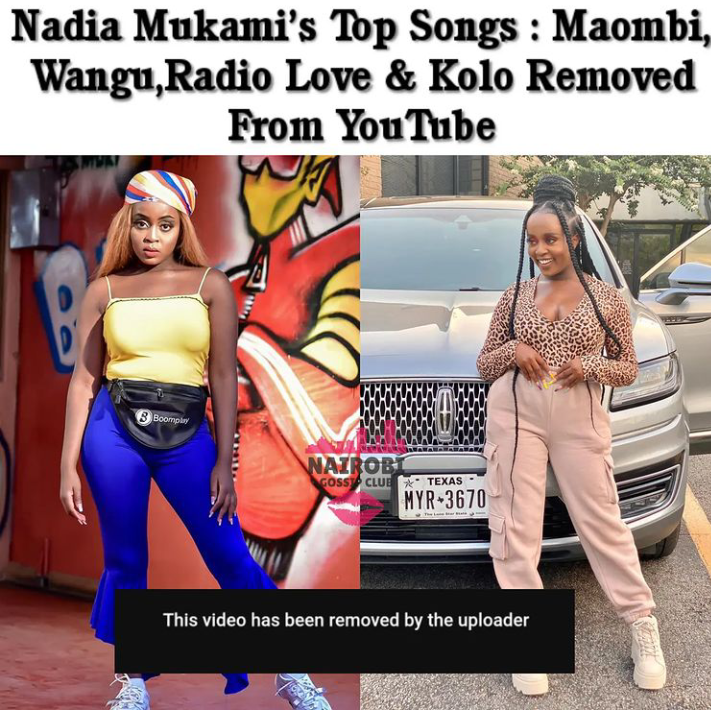 Ringtone also came out to claim the same thing. He said that his hit song which he featured Christina shusho was also removed from YouTube he seemed disappointed. Recently ringtone had an accident with his car but he was not hurt but his car was totally crashed. He claims he is under attack and he asked his fans to pray for him. Ringtone is a Kenyan gospel singer. He has done several collaboration with different artists in Kenya. He was also invited to Mr seed album launch for the black child but there we saw what happened he had a bad confrontation with the known singer bahati. There fans kept on saying they hope they resolve there differences. 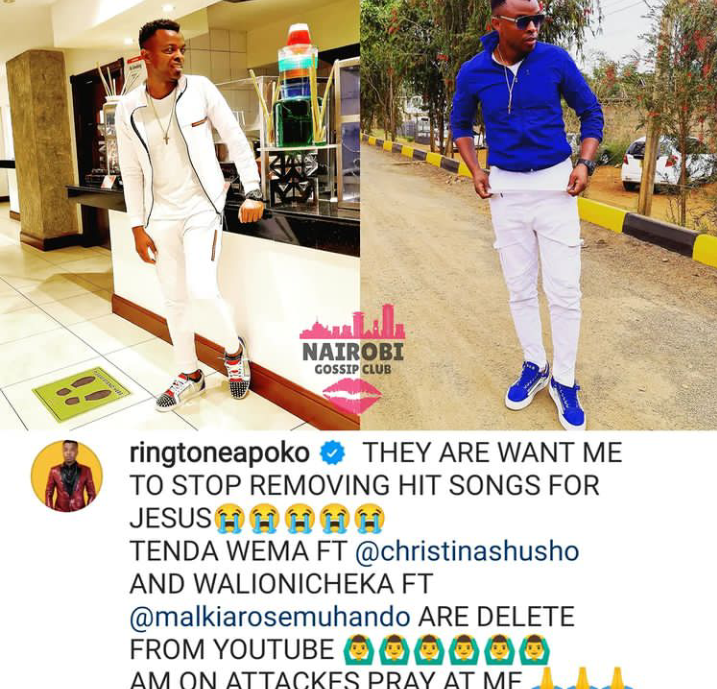 Content created and supplied by: Trendnews (via Opera News )