By BobMurimiNdwiga (self media writer) | 4 months ago 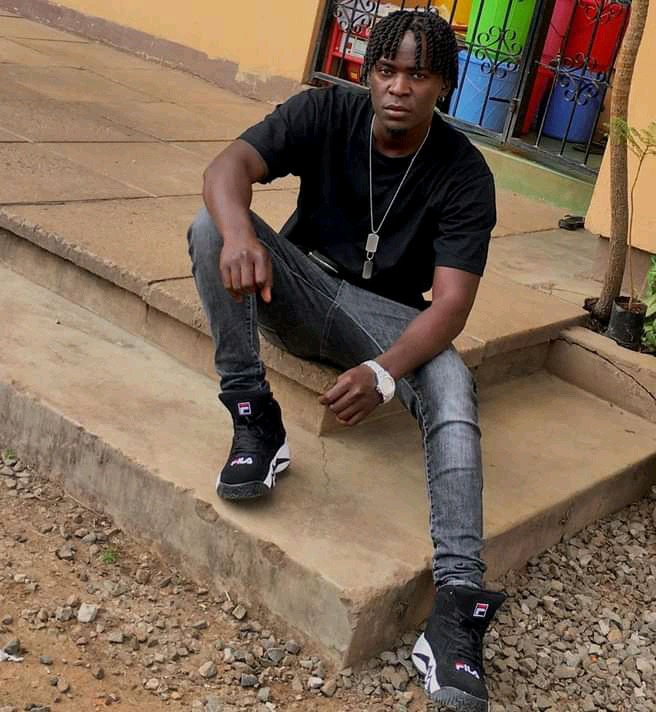 Kenyan artist Wiily Paul and Gospel DJ, DJ Mo seem to have finally come to an understanding after Wiily Paul's decision to throw tantrums after he was blocked by DJ Mo's wife Size8. 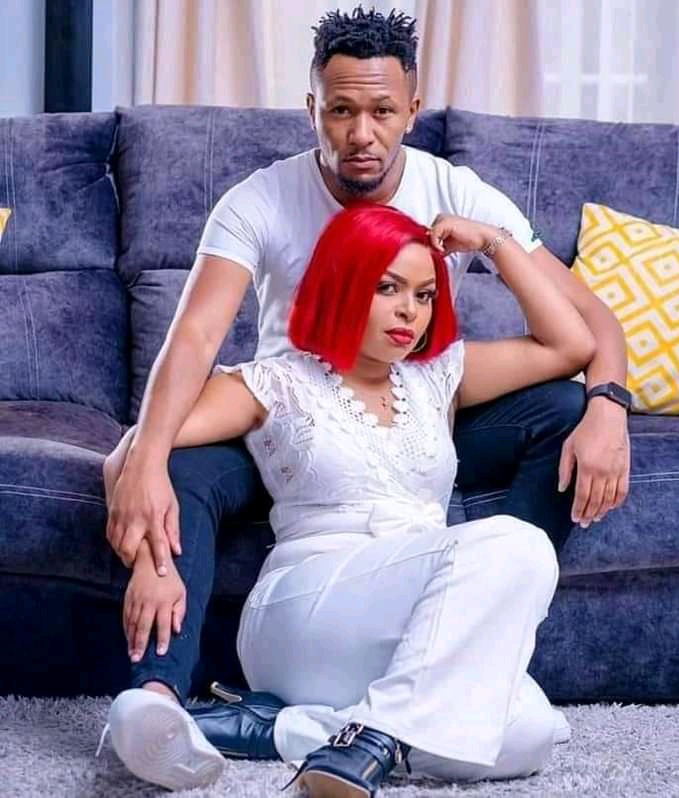 Pozee had dared Size8 to unblock him while telling her that her Christianity would be in question after she had apparently judged him and his behaviors. Hence, such utterances from Wiily Paul regarding Size8, led him being threatened by DJ Mo in the process. 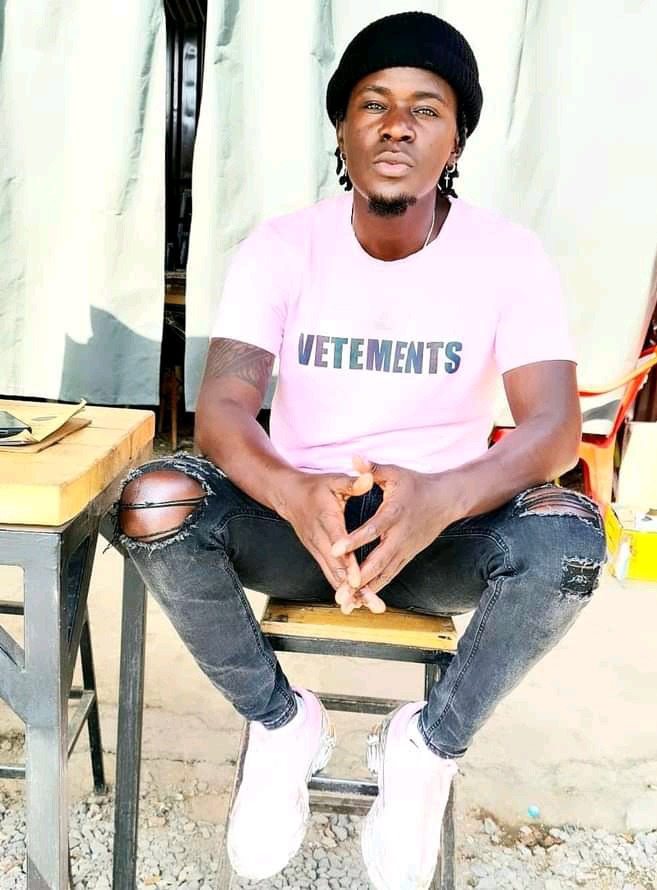 However, after Wiily Paul, Size8 and DJ Mo met recently, Pozee has since given an indication that he would stop his antics. 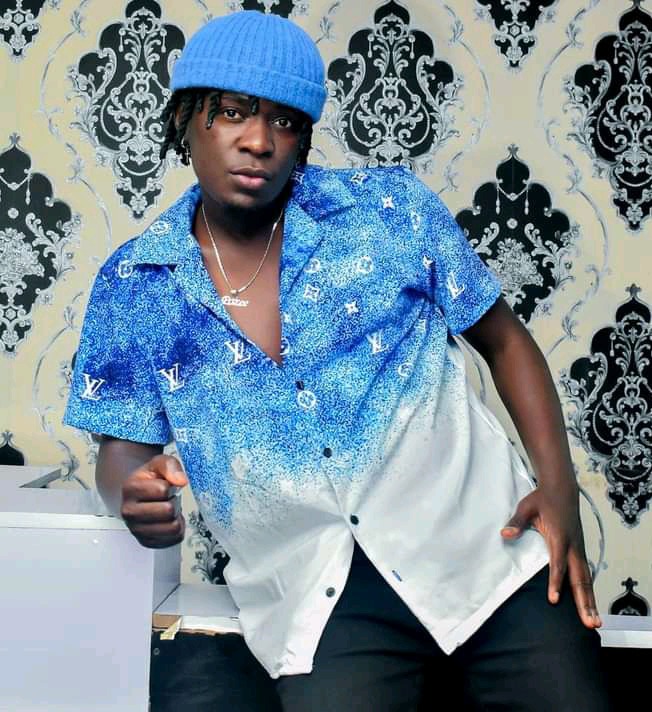 The Sitoria hit maker, confessed that he had recorded the entire meeting among the three, promising to release it's contents, during his next post. 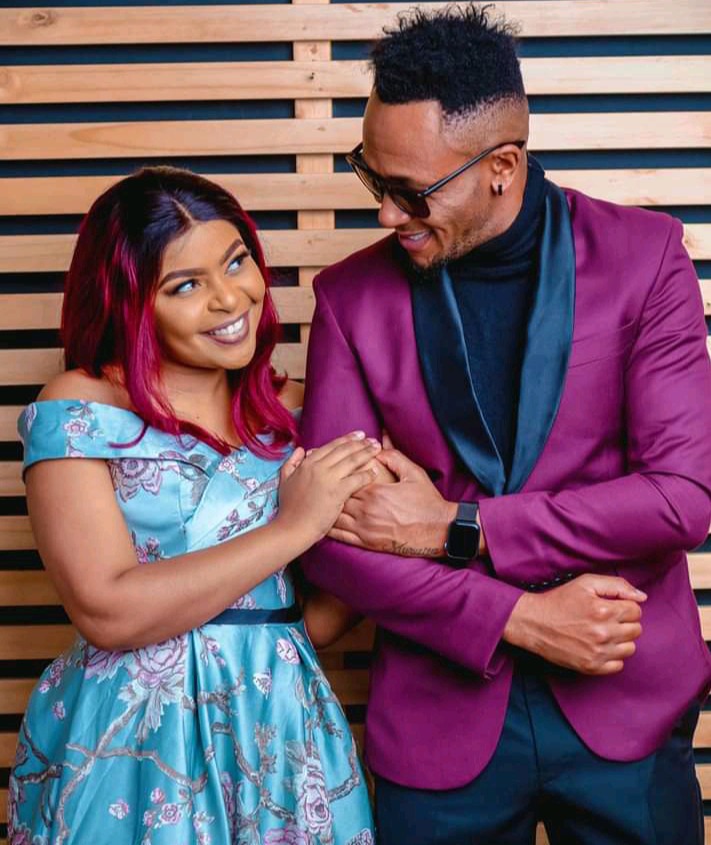 DJ Mo who reacted on Pozee's post told the artist the importance of handling their issues maturely. 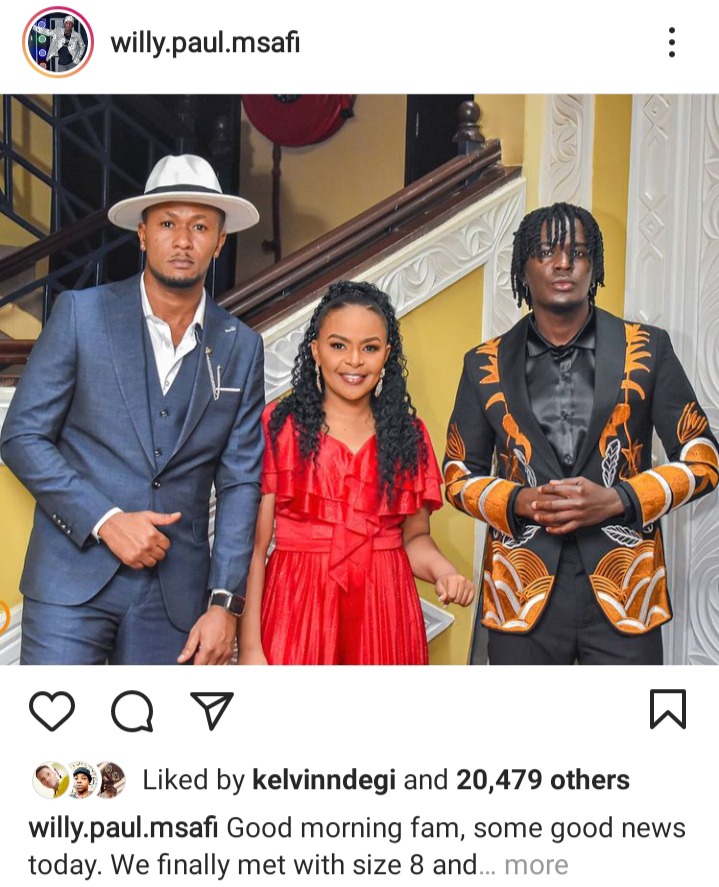 The gospel DJ went on to ask why Wiily Paul had decided to record their meeting, wondering whether it was because the artist was afraid of getting beat up. Indeed, Pozee confided that he had recorded the meeting just in case thing went South. 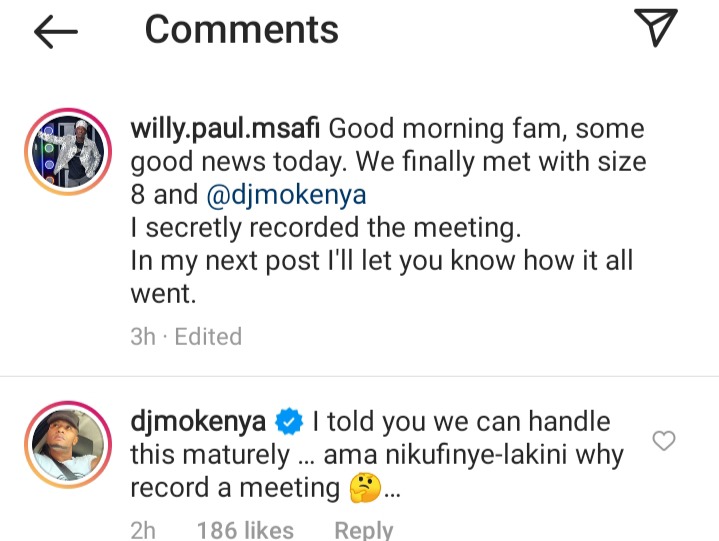 Size8 and Wiily Paul have in the past recorded a hit gospel song dubbed 'najitia kitanzi'. 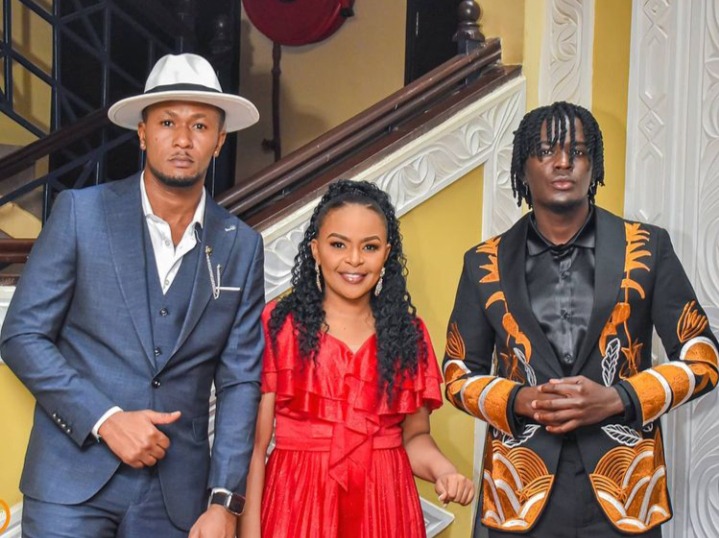 However with Size8 switching to gospel after getting saved, it remains to be seen whether she would collaborate again with the controversial artist.