Ogopa Kanairo; Mylee Admits To Still Contacting Her Ex-lover Days After Getting Back With Weezdom

Just days after rekindling her relationship with former gospel singer Weezdom after a 7 months break-up, Mylee Staicey has recently opened up on still being in communication with her ex-boyfriend who is now a married man. 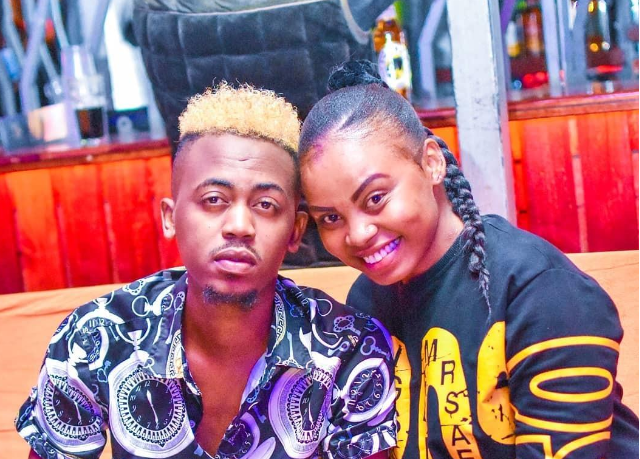 Taking to her insta stories the brand influencer posted her throwback photo and recounted little known details about how she first came to meet the man online, and later how their relationship developed despite the guy having another woman in his life. 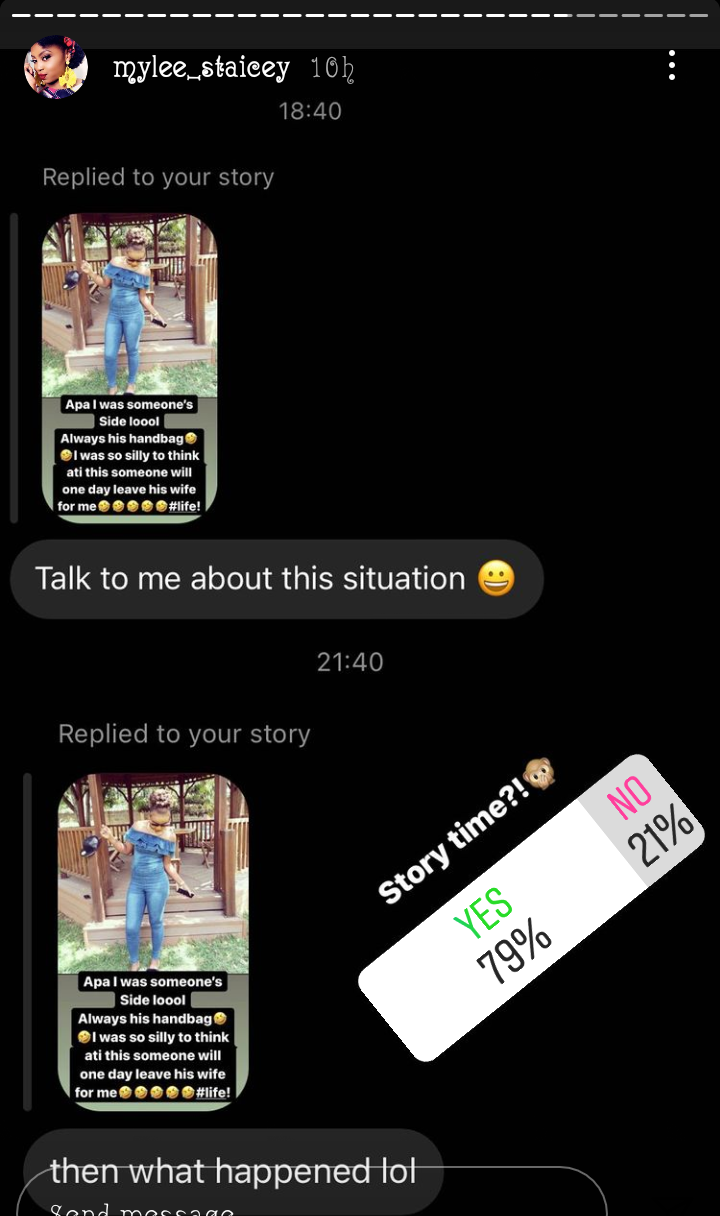 Mylee Staicey revealed how she fell for the guy because he was the opposite of her i.e he was a born again man, while herself was an outgoing lady who loved to party.

"...So we became besties always calling each other but this 'someone' was born again and he hated my lifestyle coz I was all about sherehe Mon-Sunday" she said.

"...So tukaendelea meeting up, talking n slowly by slowly feelings zika grow but he made it clear that he had a girlfriend. For me it was too late coz nilikuwa nishafall. Coz he was my dream guy. Yani alikuwa the guy we prayed for ...he gave me spiritual, emotional, physical... except financial but a babe was happy" she added. Mylee Staicey also opened up on the sweet things that the guy used to do for her, that made her even fall in love with him more despite the other woman not knowing what was going on between them.

"...so Mylee akaendelea coz he was really trying, he would come to my place bring me KFC & feel like he's made it. Then he's like I had 400 mbele nyuma nimebaki na 50 bob like awwww.

Got to the point I Introduced him to my fam, pals, everyone. It was official to everyone apart from his girlfriend..." She said. 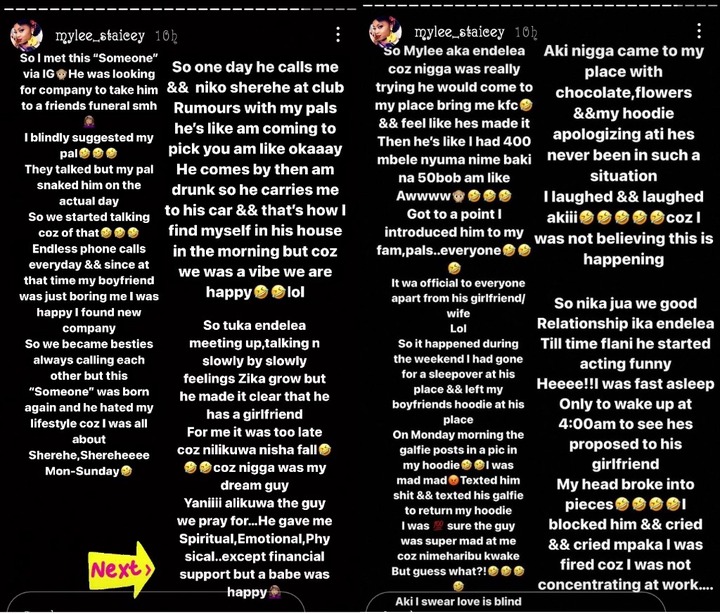 The sassy queen also recounted how she would make mistakes that would almost ruin the man's relationship with his other woman, like how she texted her for wearing her hoodie that she had left at the guy's house.

Thinking that the guy would be mad after the move, he unbelievably wasn't and infact he still romantically instead apologized and this made her love him even more.

However one day Mylee Staicey was hit with a surprise after she woke up to the news that the guy had proposed to the other woman instead of her. Being heartbroken after the move, she blocked the man on her phone and even admittedly cried for a long time.

In a turn of events the man would still find his way into her heart by apologizing for the move, and even made it clear that he still wanted Mylee Staicey despite having the other woman. 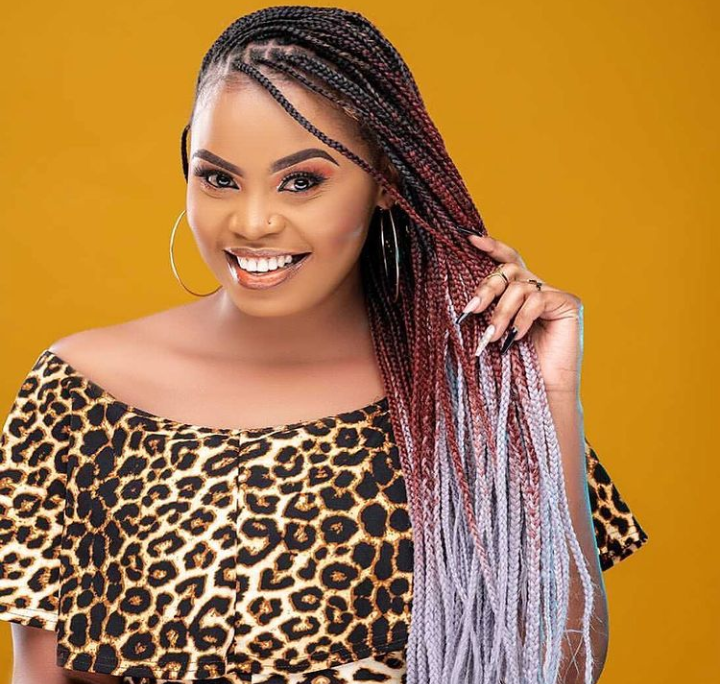 She even forgave him since he convinced her that a man could love 2 women equally. However later they had to end things because the man remained with his wife albeit they still keep in touch.

Mylee Staicey added "...I don't know if it was love or obsession he mad me believe a man can love two women at the same time. Coz hee that was something but I became too clingy and he didn't want to loose the other one.

So we had to end it but I cried till I couldn't anymore. He always said that he'll always be in the picture ata nikiolewa na Chris Brown & he's always been."