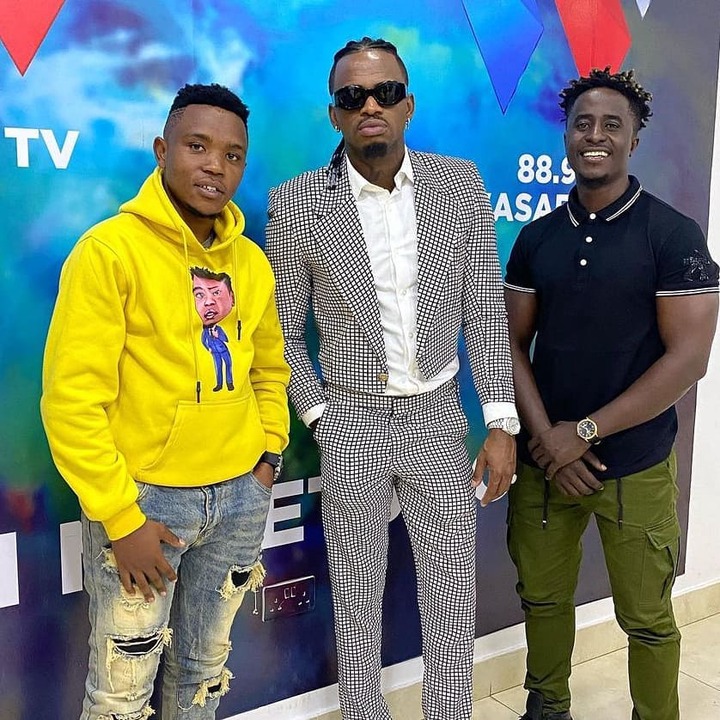 The meeting happens a day after the comedian through his Instagram handle revealed to his fans that he was flying to Tanzania while at the same time concealing his programs while in the neighbouring country. 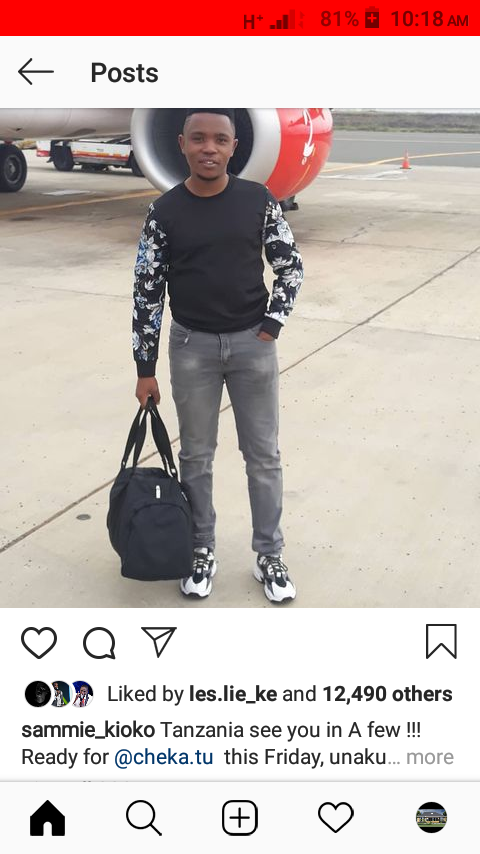 Going by the photo's background, it is clear that the two were hosted in a local television station. Kioko only caption the photo as follows, "it is not yet over until it's done".

his Instagram followers to to his comments section to pen down the varied sentiments over Sammie kioko's perceived achievement of meeting an african legend in the music industry.

The comments were as follows:

Tom Daktari who is Kiokos fellow comedian at Churchill show platform and actor also had this to say to his counterpart "congratulations now I will authorise the next post".

Damaris: wow! the moves you are making are commendable God is preparing you to greater heights.

Centy: the next president of comedy.

Murimi: believe and you will be a true testimony big up bro.