By Jafarmuzik (self media writer) | 23 days ago 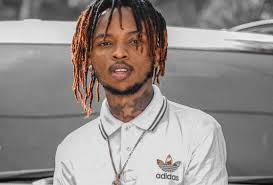 Rudra Kartel also known as The Ghetto Kartel is one of the Kenyan artists who are doing well in gengetone music. He became famous when a video clip of him singing on his social media which caught the attention of Magic Enga who later took him and signed him on his record label in Nairobi.

Today, Rudra Kartel has yet again attacked the Magix Enga barely a year after he accused him of using him without gaining anything from his music. Kartel and Magix had their differences after he claimed that the super producer had forced him to sign to his record label Magix Empire despite him denying. Well today, Kartel has allegedly claimed that Magix Empire does not belong to Magix Enga.

"Magix Enga has failed many upcoming artists including me. He does not own Magix Empire records but just a mere worker despite the name of the recording level belongs to him," said Kartel.