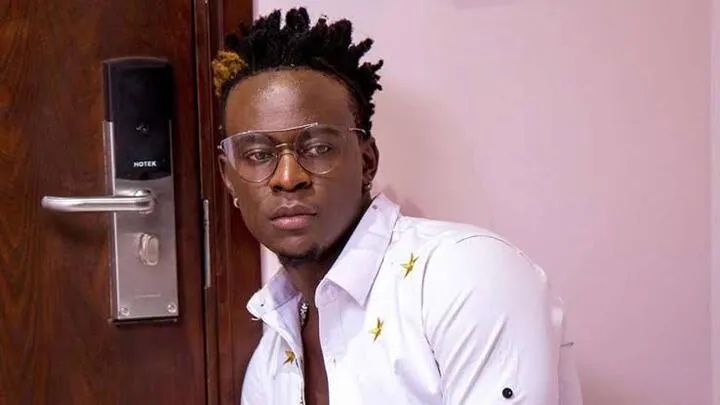 Social media has been left at a stand still after Willy Paul went on his Instagram page to bash hypocritical artists who are planning to support his new album. The artist, who in the past days has said that he is going to release a new album in the next view days, said that he doesn' t want anyone' s support for his album to become a hit. Willy Paul said, " one thing people should know is that REAL RECOGNISE REAL. To be honest, I do not need hypocritical support on this one. No! I was born alone and I will be buried alone.

If you have God on your side, you don' t need no human. Wale wanajiskia kusupport karibuni. " Willy Paul' s support came as a reaction to artists who think that without their support his album is not going to be a success. This comes days after singer Bahati said that people should come out and support Willy Paul' s new album. The news come as a surprise to many, who thought that Willy Paul will need support from other artists. He urged the people willing to support him to come willingly. He said that those who are not willing to support him, not to pretend by giving him hypocritical support. 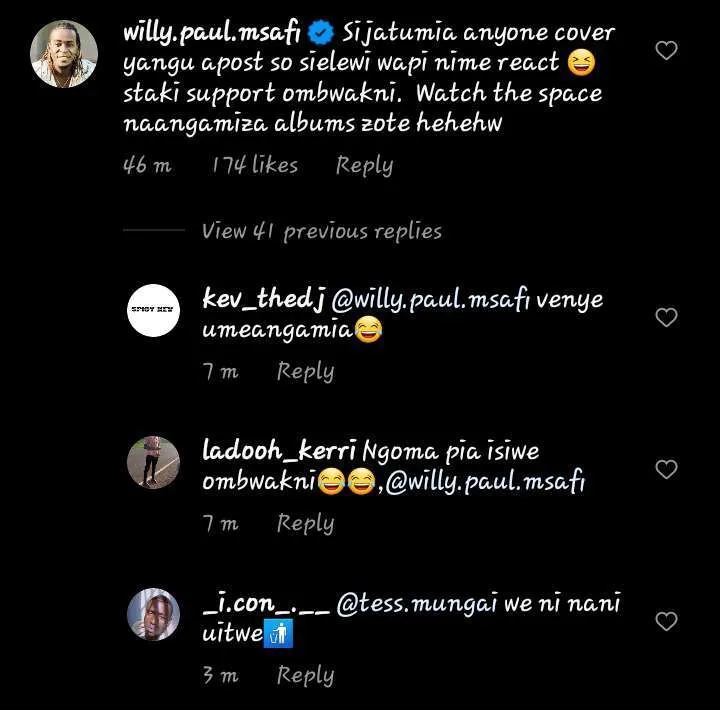 After Nairobi Gossip Club posted Willy Paul' s story, Willy came down in the comment section and said, " sijatumia anyone cover yangu apost so sijui ni wapi nimereact. Sitaki support Ombwakni. Watch the space. Naangamiza album zote. " Willy Paul' s album will be out in two weeks, and people, especially his fans are eager to see what Willy Paul is planning in his new album. Well, does it mean that Willy Paul do not want to associate his success with anyone? Artists in the past have always criticized Willy Paul by saying that he is a selfish man who loves to keep his things to himself. 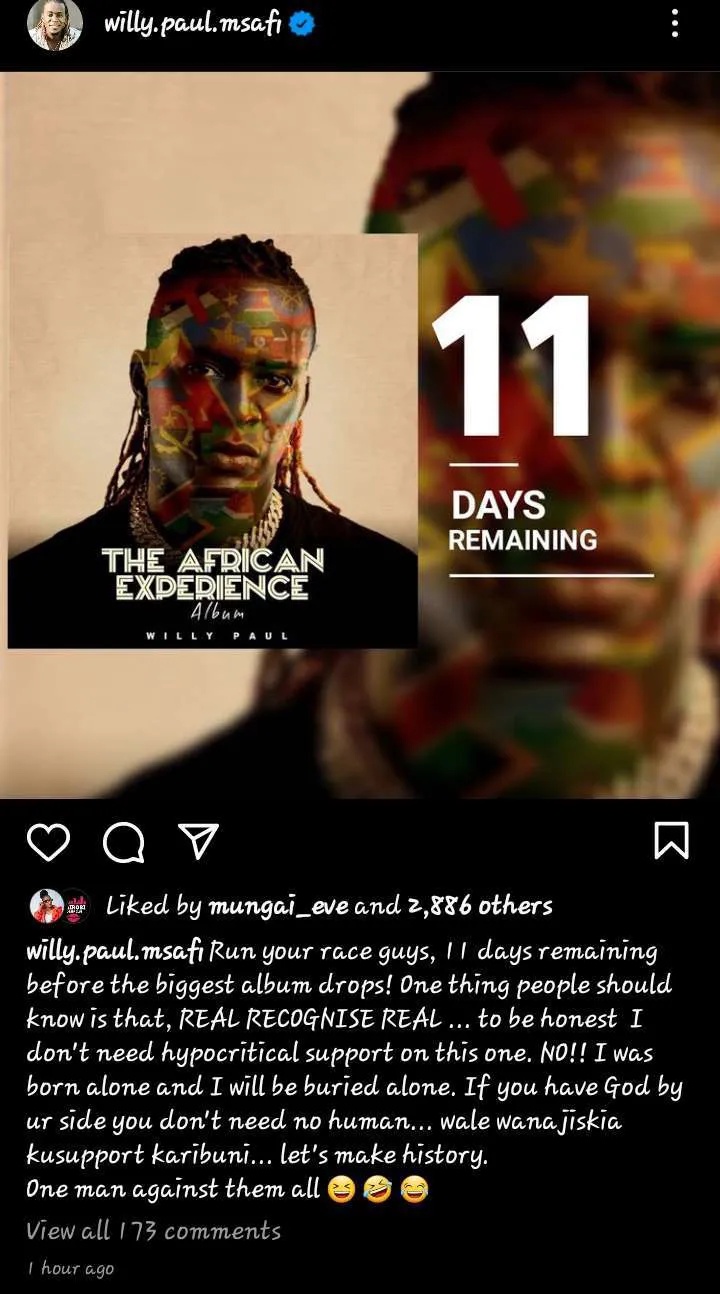