By @amadijustus (self meida writer) | 14 days

Behind every successful story lies years of unfruitful struggles and lots of challenges. Nobody would like to remain poor all his life. Normally, those who come from poor backgrounds work hard to change the situation back at home. This is evident from the story of popular artistes like Diamond Platnumz, Rayvanny and Harmonize. Diamond was raised by a single mother. He has since worked hard to build an empire for himself. He is now a billionaire. Harmonize was a hawker in the streets before becoming an icon in the world of music. 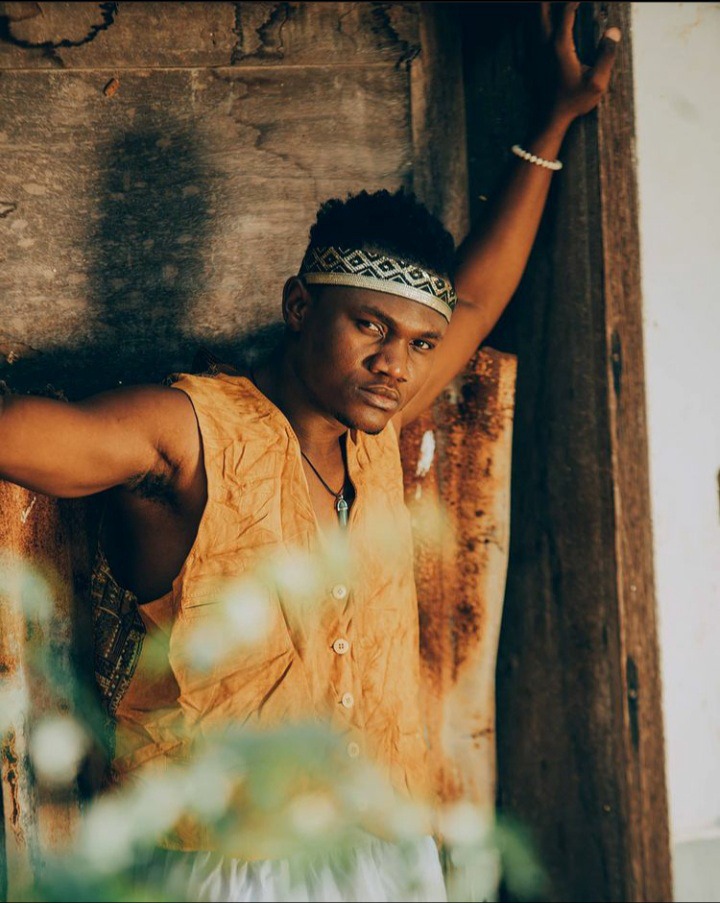 Mbosso's story isn't an exception. Mbosso was forced to work at a fast-food restaurant to provide for his family. At one point in time, the musician sold chips by the roadside to help sustain the family. The musician started his music career after completing his secondary education, where he managed to persuade his parents to let him leave for Dar Es Salaam to pursue his career. Passion is what drives people into achieving their goals.

With nothing but a pair of shoe gifted to him by his dad and a word of prayer from his mom, Mbosso left home for the city. After days of unsuccessful struggles, Mbosso met Mbubwa Fela who gave him a chance to join Wakubwa na Wanawe Band which later broke up in 2016, forcing Mbosso to flee the city back home to continue farming. Mbosso recalls that he turned into a thief, something that he regrets upto date. He was later signed by Diamond Platnumz to join WCB Wasafi Records. 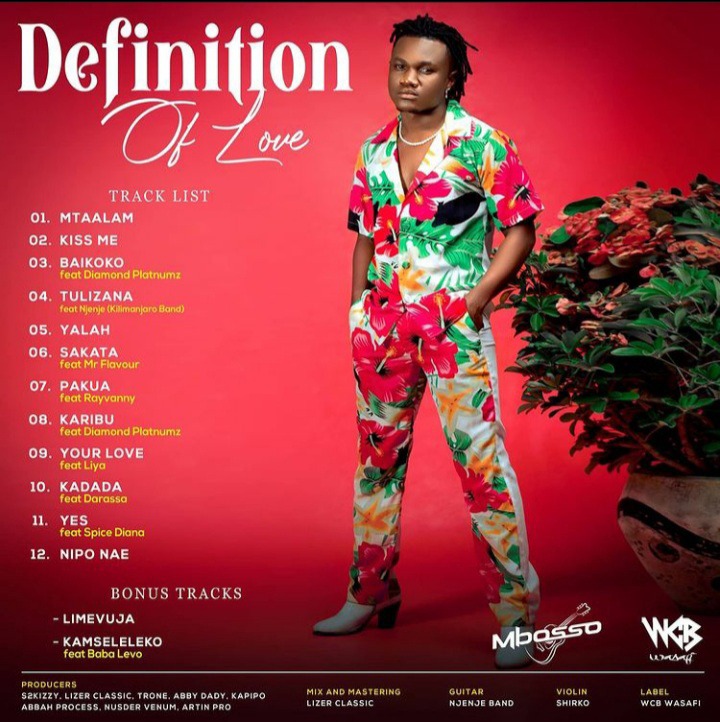 A person once said "Success is not measured by the amount of wealth or money somebody has, but it is measured by the amount of value that you create in people's lives." Mbosso can now afford to smile after his dream has become a reality, thanks to the founder of Wasafi Records, Diamond Platnumz who saw great potential in him. He is now a renowned musician in East Africa and beyond. He has risen from grass to grace. 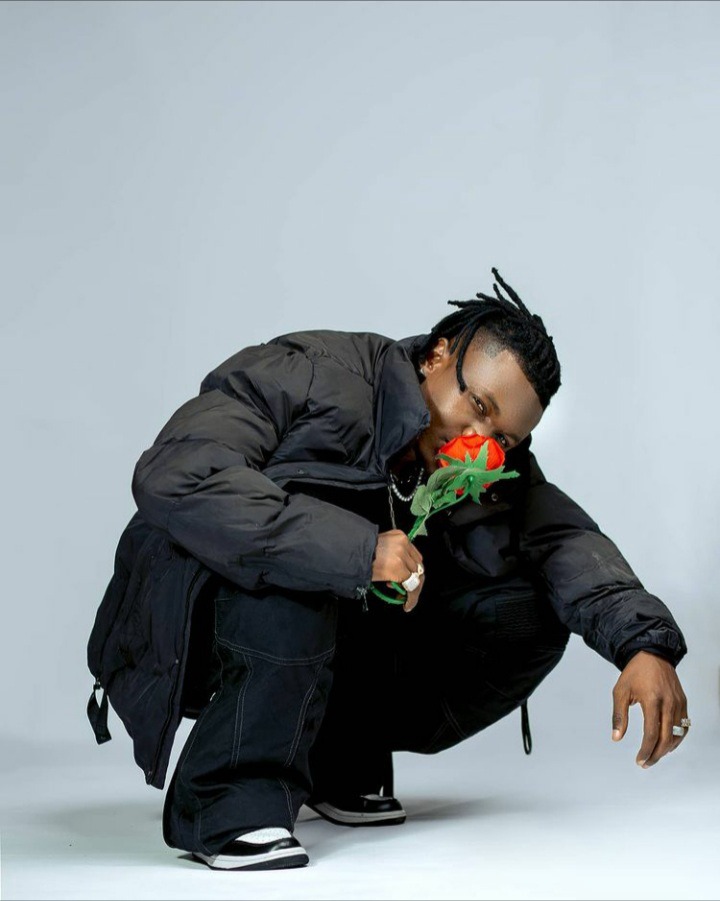 Since joining Wasafi, Mbosso's life has changed for the better. The father of three kids has since released different albums under Wasafi Records, with the most recent album being Definition of Love which was set to be launched on 20th March 2021 at Milimani City Hall but was later postponed due to the death of former president John Pombe Magufuli. The new date for the album launch has not yet been announced.

The album features twelve main tracks and two bonus tracks, with the best selling song being 'Yalah' which has 3.4million views on YouTube. Mbosso's recent album mainly focuses on love. Mbosso's music is loved by many people both in East Africa and beyond. Fans recently showed their love for Mbosso by dancing to his song, Baikoko Dance Challenge, which is the current trending song in Tanzania. 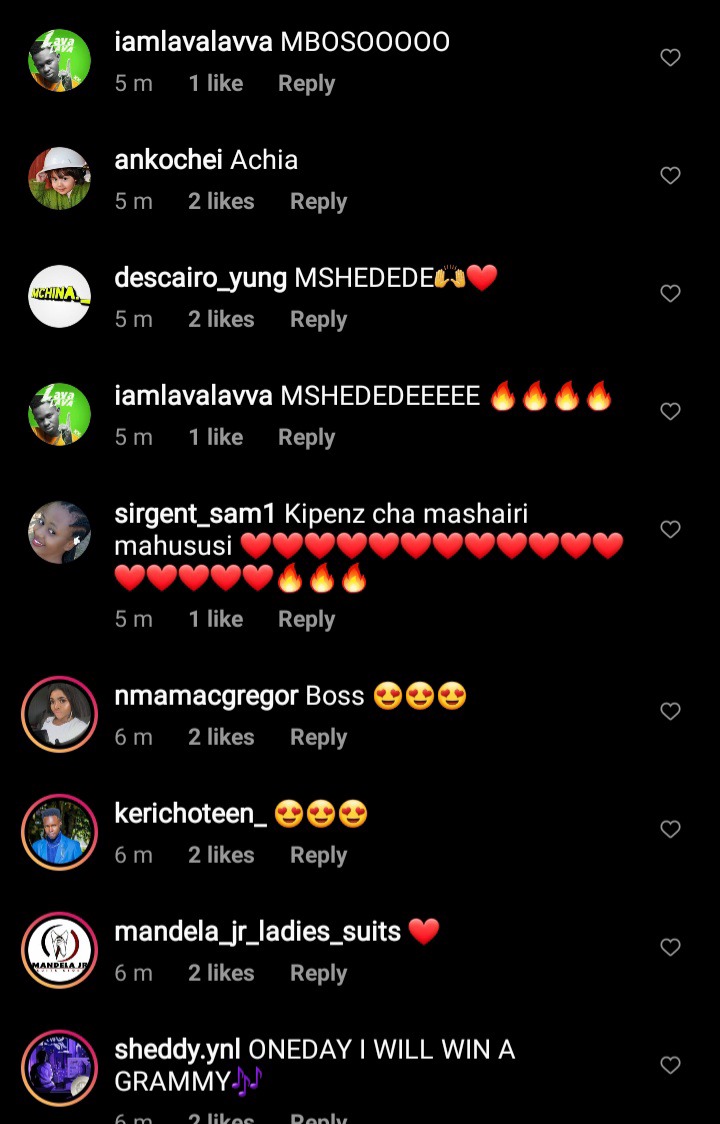 On his Instagram page today, Mbosso posted a photo while kissing a red flower. The post sparked reactions online from fans who didn't hesitate to nickname the singer 'King of love.' This is because of his recent trending album which mainly focuses on love. 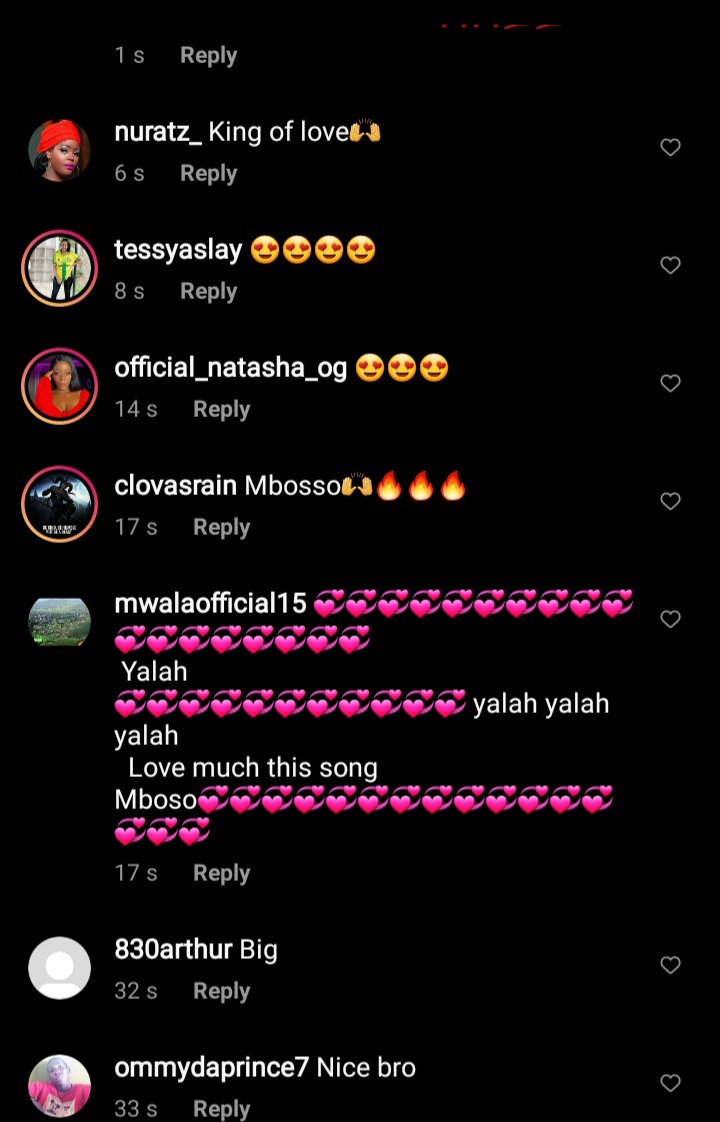 Some fans also commented that the musician will one day win a Grammy Award, which has been won by Nigeria's Burna Boy and Wizkid. 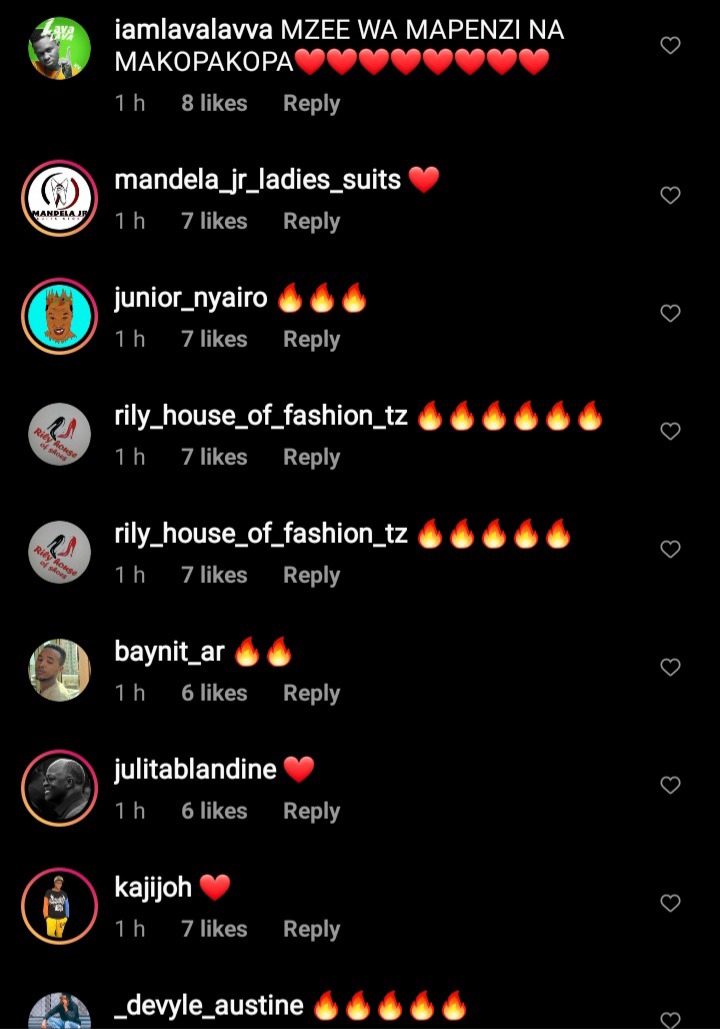 In your own opinion, do you agree with some fans' opinion that Mbosso is the king of love?