By KarehNewz (self media writer) | 6 months ago

Despite of Milkah Wairimu going through a hard time in life, she has all the reasons to put a smile on her face.

Milkah is a single mother of three kids, she has been raising them after her husband abandoned her.

Milkah claims that her husband brought his ex in their house when they were newly married couple and decided to marry her as his second wife which she was never against it.

She went ahead and left her matrimonial home for the co-wife to avoid violence but her co-wife was not satisfied.

Today, Milkah does not have her both hands for what she blames her co-wife on using witchcraft which caused accident and she was the main in the accident but she only lost her hand.

Her husband abandoned her after her was amputated and she decided to start a new life with her three kids although it was not easy. 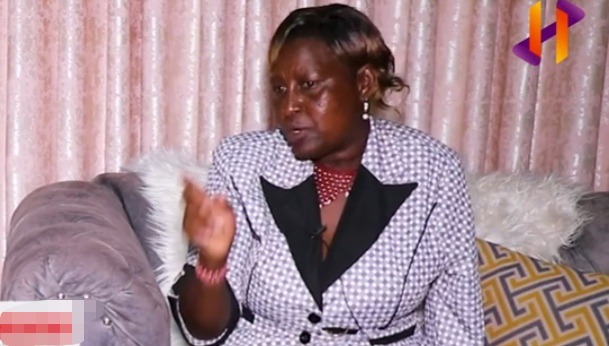 She claims that she had been taking care of her three kids until when she lost her last born.

Her last born by the name Mumbi was defiled, brutally murdered and body thrown in the dam.

Milkah claims that before her daughter died, she had asked her to buy a new dress for her but she never knew that the dress he bought was to be used in her burial.

She claims that her daughter was murdered by their neigbour where she claims that she does not understand why he decided to commit the heinous act.

Milkah says that despite of everything she has been through in life she forgave her husband and co-wife and she has nothing against them.