By KrimeExpert (self meida writer) | 22 days

A woman has taken to her different social media accounts to express her fears and concerns following an incident which reportedly happened today in the evening along Thika Road. 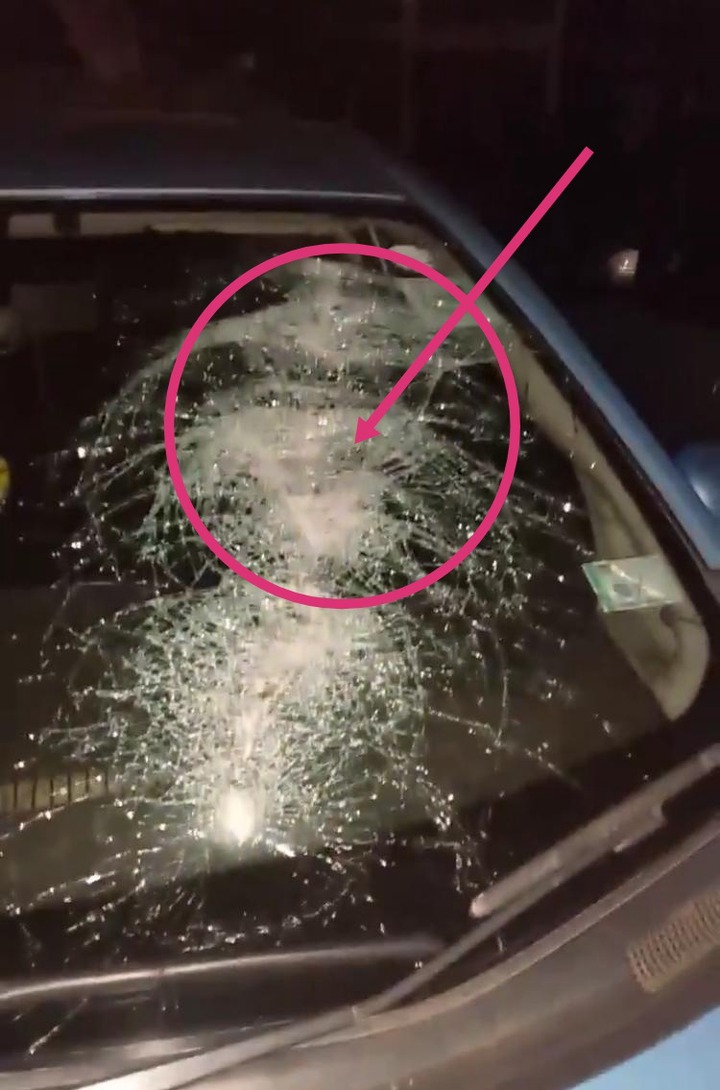 According to the reports given by the woman who has been identified as Amy Harry, she revealed that she was driving along Thika Road before an unknown alllegely threw a stone which hit her vehicle.

In a video that has since gone viral and is still making rounds on different social media accounts after being uploaded by the woman, her vehicle which had been hit by the stone could be seen broken.

Reports received by woman has revealed that the suspects had intentionally threw a stone in order for her to stop the vehicle after the which they would later come from their hiding spot before Robbing her.

The incident has since sparked a lot of mixed reactions from Kenyans who seemed to have different opinions and suggestions on the matter and on what should be done in order to reduce the rate of crime in the country.

With a section of Kenyans claiming that maybe this was being caused due to joblessness, others went ahead and called upon the director of criminal investigation to look into this before things get out of hand because according to them, these cases were becoming too common. 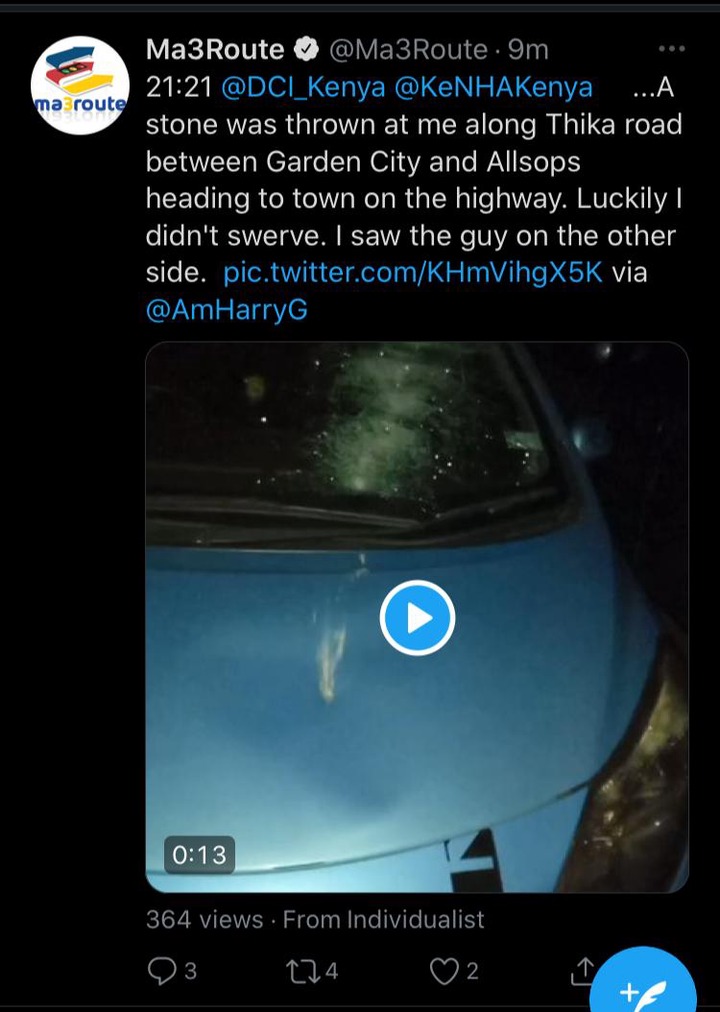 A Lorry Losses Control, Hits And Destroys A Shop Along Mombasa Road, Driver Allegedly Rans Away

State of Affairs as Form Ones Join Secondary Schools

6 Well Paying Jobs in Kenya, But Only a Few Wants To Take