By Gossipkenya (self media writer) | 13 days ago

Patricia Wanjiru Karanja who was born and raised in Rongai, Nairobi narrates her painful story of how she has suffered from rejection by her own biological mother, Esther Nduta.

She explains on how her mother hated her from childhood and could overwork and mistreat her with no reason. She even refused to take her to high school after completing primary school saying that it was due to her bad behavior.

"You look like a prostitute", those were the harsh words her mother telling her as an excuse for discontinuing her education. The words were really painful to Wanjiru despite her young age and having not known any man since birth.

This made Wanjiru aspire to becoming a nun in future, a dream that never came to passe since she didn't reach form 4. 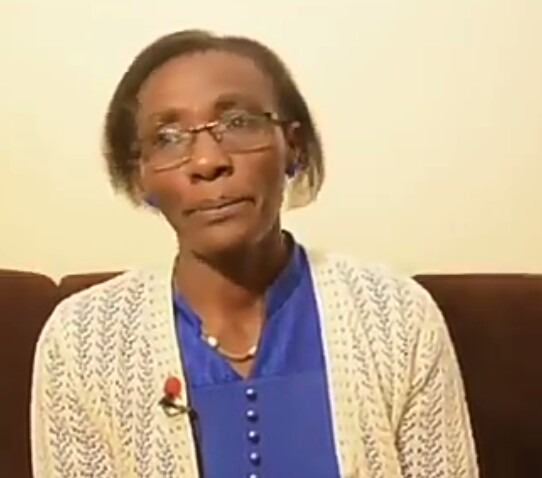 Due to persistent rejection from her mother, she reached a point where she even tried to take her own life by taking poison while at a nearby forest. Luckily, despite taking it in excess, she waited for 3 hours and saw nothing was happening. Seeing it was not her time to die, she gathered strength and staggered until she reached home.

After years of not knowing any man, her mother started asking her if she was barren and could not bare a child. But she told her she will get a kid when she wants and that as for now she was not interested in even knowing how a baby is made.

But her mum decided to teach her a lesson by organizing with Wanjiru's friend to get her pregnant through a neighbour who was a family friend. Her friends came home and told her that there was somewhere they want her to take them in the evening and she agreed

While at her neighbours house, they started excusing themselves one by one until she was last. She requested the guy that she wants to go check on them but he refused. Innocent as she was, Wanjiru never knew that she was being played.

The guy closed the door and raped her mercilessly without using protection making her pregnant. Interestingly despite all this, her mum continued hating on her telling her that she doesn't want her to give birth to a girl with the same character like Wanjiru's.

"If it is a girl, you will never bore her", her mum used to say. This made Wanjiru's pregnancy to go beyond the expected day of birth. It became serious and the doctor had to call her mother and force her to reverse her words and utter blessing so that she can giver birth.

Interestingly, she bore the child immediately after that. Her mother later died in that same year Wanjiru bore a son.

Wanjiru's story is a good example of how people are struggling out there cause of spirits of rejection from their parents. Follow the link below to catch the whole story of her struggles in life;

What's your take in this? Always feel free to share your views and follow us for more Kenyan updates as and when they happen.