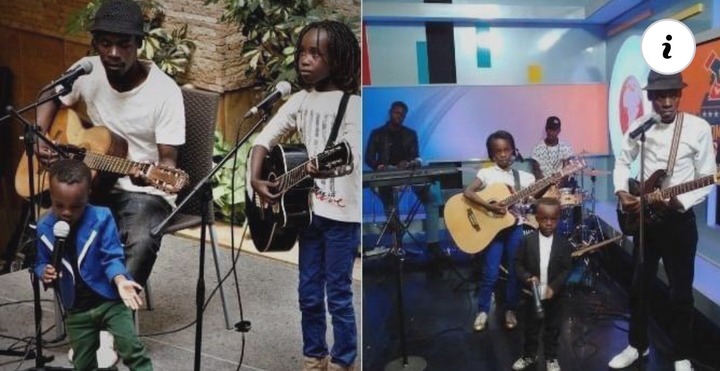 Driven by his passion for music, Musa Munyalo, decided to start the Wahenga Wenyeji band to nurture the talent of his two children who had shown interest in pursuing the same interest.

Little did he know that his decision would help him in paying bills for his family as the band occasionally performs live music on various streets within the Nairobi Central Business District (CBD).

During a TV interview on Saturday, January 15, Munyalo revealed that his two children, Esther Adoyo, a standard Eight student, and Christopher Juma, a Grade Four student learned to play musical instruments in the house

"Chris and Esther have known these things in the house. The first time Chris was given a harp was at a festival.

“We were performing with them and there was a group that had come from abroad and they had several harmonicas. One of them who was close to Christ gave him two," Munyalo stated.

The father of two also revealed that they travel from Nairobi's Lucky Summer estate to the CBD in the evenings after the children come from school.

He added that he had to devise ways of ensuring that the children balance between their music performances and their studies.

During the interview, Munyalo's children shared that they have ambitions of joining other professions despite their interest in music. Adoyo revealed that she has dreams of becoming a doctor insisting that she will also pursue a career in music.

"I am a vocalist and guitarist in our band. I learned to play the guitar from my dad at home. When I finish school, I would like to become a doctor but I still won't leave the music industry," he stated.

On his part, Juma stated that he enjoys entertaining residents of Nairobi as they travel back to their homes adding that he has hopes of becoming a scientist in the future.

"Whatever God has given you as a gift you must start working on it. Mine is music and I started by reciting poems and playing the harmonica and here I am," he stated.

This was echoed by his teacher who stated that he was recording exemplary performance in school despite pursuing music interests during his free time.

“In class, he is a good student who finishes his work on time as is required and also works hard to nature his talent." Rebi Obwolo, Juma's teacher stated. 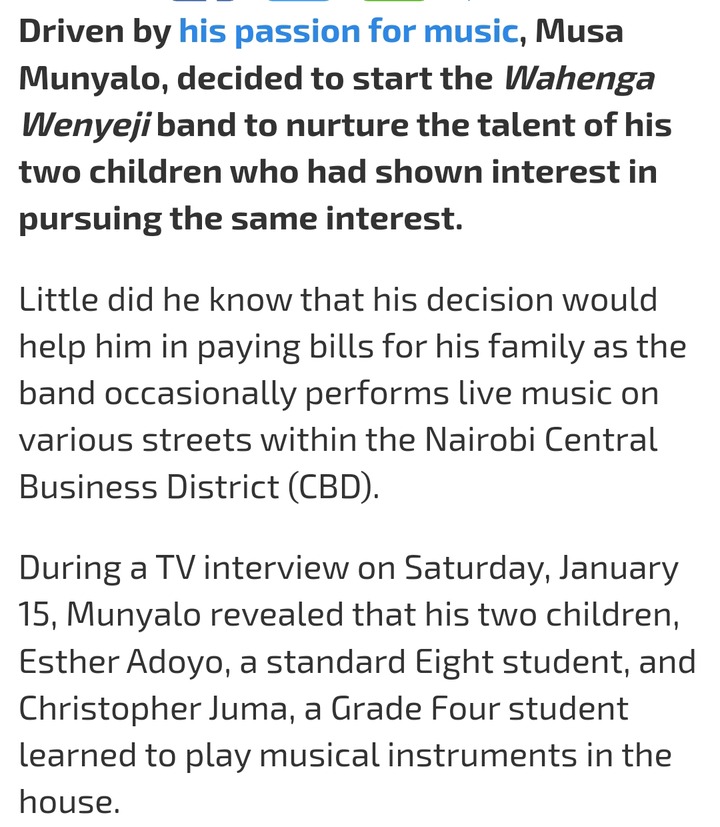