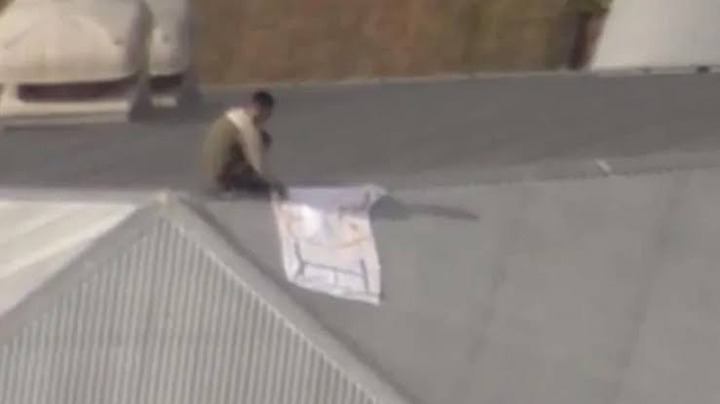 A dramatic scene was witnessed at Kakamega Main prison after one of the prisoners locked in the facility protested over being given little food.

The inmate is said to have applied human refuse over his body and reportedly climbed on top of the roof in protest over food served to him.

According to the source of information,the unidentified prisoner climbed to the roof top of one of the tallest building within the facility after applying feaces all over his body and refused to come down.

The free for all drama attracted other inmates who flocked the scene,as the prison officials pleaded with him to come down.

The inmate agreed to climb down after more than two hours, confirming the incident the Prison commandant noted that it took the intervention of his fellow inmates and prison officials for him to come down.

The commandant revealed that the inmate is serving his jail term in the correction facility after he was charged with Robbery with violence and murder charges.

It is not known what transpired thereafter. 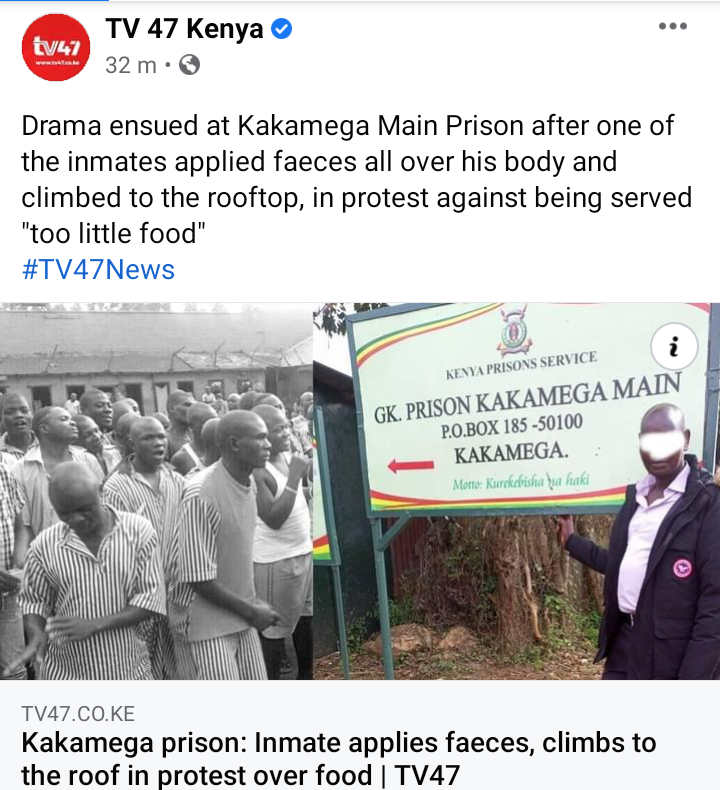