Dramatic Scenes in Longisa as Fight Between Two Friends Turns Fatal in a Bar, DCI Says

By KimaniOsoro21 (self media writer) | 4 months ago

The Directorate of Criminal Investigations has this evening revealed details of a fight between two best friends that turned deadly last evening. 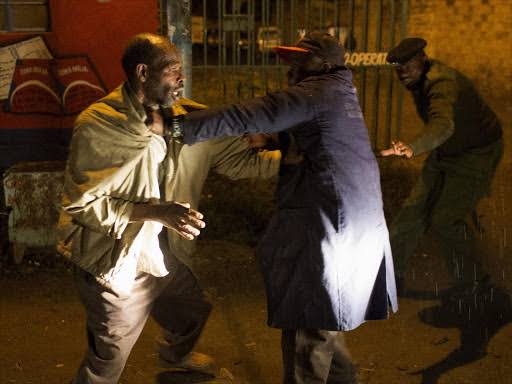 The two friends who were drinking at a local watering hole, started arguing when one accused the other of being the mastermind behind his recent sacking at a security company nearby.

30-year-old Peter Ekai and 26-year-old Elphas Kipkoech went at each others necks last evening with sharp objects and ended up stabbing each other badly.

The DCI revealed that, "Ekai turned to his friend Kipkoech and accused him of plotting for his downfall, at a local security agency where he worked as a guard. Ekai reportedly told Kipkoech that he had reliably learnt that he wanted him sacked, so that he could replace him at ChapChap security agency.

An bitter argument then ensued between the two who were already drunk, with Kipkoech denying the allegations. As the war of words escalated, tempers flared up and they started fighting using sharp objects."

Ekai was stabbed on the chest and rushed to Moi Teaching and Refferal Hospital where he succumbed to the wounds.

Kipkoech suffered minor stab wounds and was treated and discharged but was later arrested and taken to Eldoret Police Station awaiting arraignment in court.

Story of an 8-Year-Old Girl Who Was Repeatedly Defiled By Her Father, Became Mother to Her Sisters