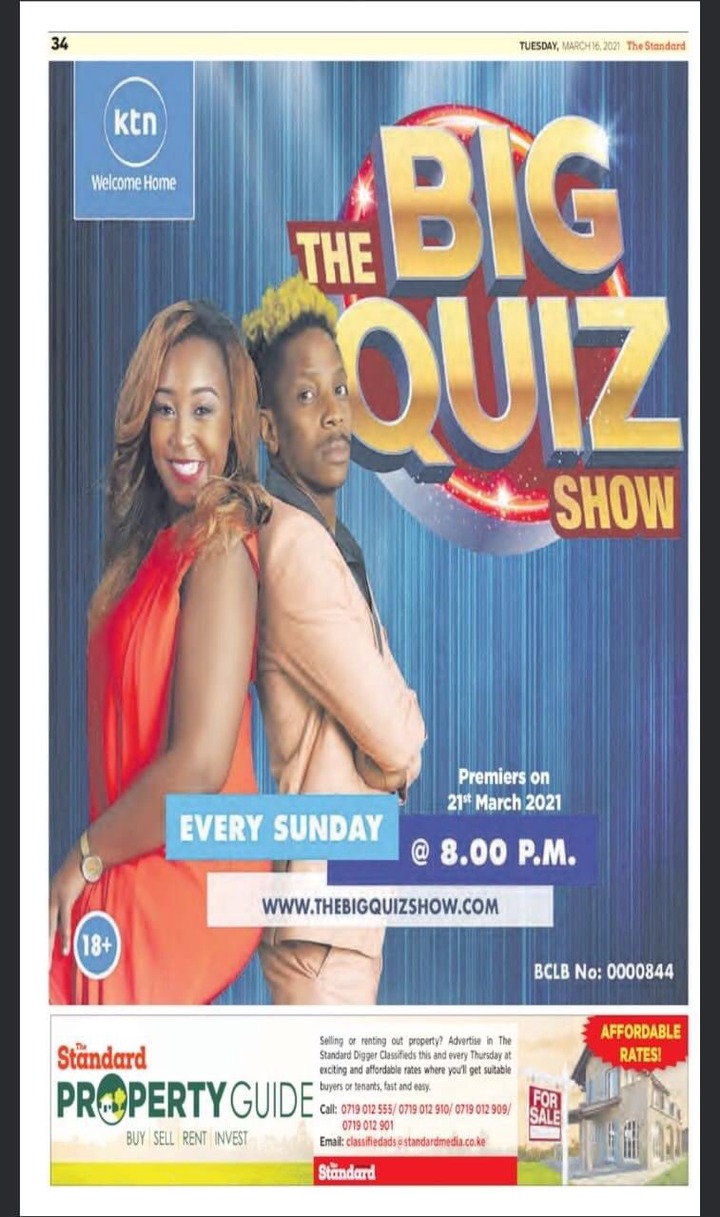 The Kenya Film Classification Board (KFCB) CEO Ezekiel Mutua has now explained why he raised an alarm over Eric Omondi and Betty Kyallo's upcoming show on KTN.

﻿Mutua, on Tuesday afternoon noted that various complains have reached him concerning the show dabbed the 'Big Quiz Show' which is rated +18.

﻿Mutua noted that many had thought that the show will include explicit content at a very early time of the night when children under the age of 18 would not have slept.

﻿However, he was told that the show will not air such content as thought by many.

"Following the avalanche of complaints about this poster and possibility of a Show rated 18+ airing at 8 pm (within the watershed period), KFCB raised the matter with the Standard Group Management and the MD Joe Munene has assured us no adult or explicit content will be permitted," explained Ezekiel Mutua.

His post attracted a heated debate on social media, with many attacking him over his purported hate for Eric Omondi.

Asked what was wrong with the show even after rated +18, Mutua came out to defend himself.

He pointed out that he had spoken to the people concerned and found out that the +18 is the age of the hosts and not the show rating.

"The posters says +18, and on the face of it, it means the program would be adult in nature yet it will air at 8pm (during watershed). It has since been clarified that the +18 refers to the age of participants and not nature of content. The poster has been taken down," pointed out Ezekiel Mutua.

Opinion: Why The Race For The Chief Justice Is Going To Be Between Fred Ngatia and Samuel Ouko

Things You Should Know About Simba Of Zora

Kenya Editors Guild Pick a Fight with Kinoti, Threaten To Do This If They Summon Purity Mwambia