By Ammirr (self media writer) | 6 months ago 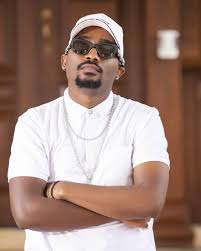 Popularly known for his viral song Ndovu Ni Kuu, Krispah has disprove claims that he targeted Kenyatta University when he referred to KU in his song.

He claimed that the institution worked with an upcoming musician to pull down his hit song from YouTube.

Krispah noted that he is ready to go to court and face K.U and the artiste claiming he had stolen his beats. His song has since been returned on YouTube.

While appearing on The Trend show with Amina Abdi Rabar, the music producer disproved claims that he talked about Kenyatta University in his song.

That part of the lyrics reads: "Mtoto wangu akiitwa KU ntakataa, hakunaga masomo KU nmekataa, unapeleka mtoi first year introduction, baada ya wiki mbili ashajua reproduction, (If my kids gets admitted to KU, I'll decline, there is no education at KU, I refuse, you take your child to first year for introduction, after two weeks they already know about reproduction)."

However, Krispah explained that people have the just to see things as they would please, but that does not mean that their interpretation is the right one.

Content created and supplied by: Ammirr (via Opera News )

MP Savula Reveals Details Of What Raila Will Do To Mudavadi When He Becomes President.