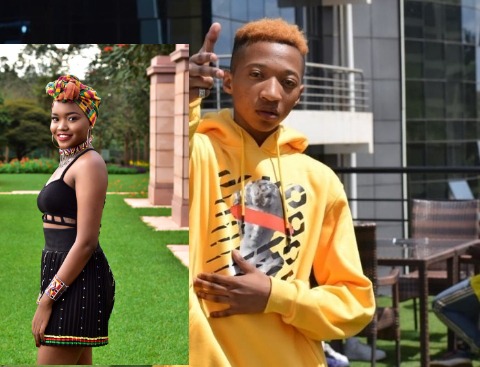 Youthful singer and songwriter Trio Mio found himself on the receiving end after Kenyans particularly Kenyans on Twitter and other social media platforms ganged up against him after he did an advert popularizing the grant Raila's much awaited meeting scheduled to take place in Kasarani stadium on 10th of this month.

The former prime minister posted a short video of the singer telling Kenyans/fans to attend the rally since he will be also attending the conference. Some of his fans were not happy, taking it to the comments section, they claimed that Trio is still a minor and should not be allowed to do such campaigns. Some alleged that he is only being used and will be dumped. A good number of his fans urged him to concentrate with his studies rather than dirty politics. 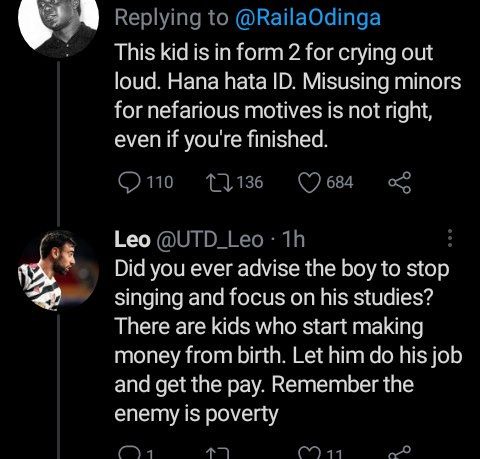 The insults forced another internet sensational, COTU boss Francis Atwoli's daughter to come to the minor's rescue. Also taking it to her twitter, Maria told off the critics arguing that they do not criticize Trio when he shows up in clubs to perform despite being a minor. Why criticize him now?

She told Kenyans to consider the fact that Trio is a celebrity in business, any legal advert that brings something on his table is worth taking.

Meet Africa's Oldest President In Office Who Does Not Reside In His Own Country, See Photos And Why