Fela is a character is Zora series drama which currently airs on Citizen TV every Monday to Friday as from 7:30 p.m. In the play, Fella acts as a rich man who is married to Zora and together they are blessed with a son named Simba.

However Fela was quite dramatic at the beginning of the drama series. He could physically assault his wife Zora and he was an alcoholic. At some point, he turned to a womanizer and he could be bringing ladies to the house in the presence of his wife. 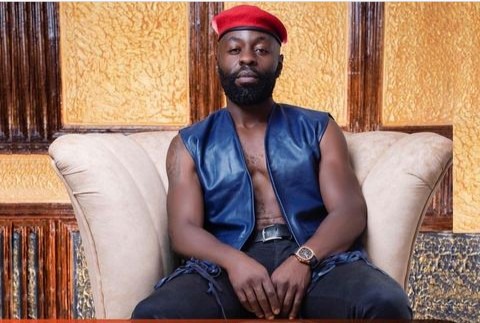 Zora could not take that anymore and she moved out together with her son. They started living in the slums where she made ends meet by selling vegetables and engaging in construction manual works.all this time, Fela was living in his posh house, drinking heavily and moving with his many women.

At some point, Fela tried to trick Zora to back to his house by faking sickness but the trick did not work. He even tried socerry to win back Zora but it as well backfired. But his last effort by which he obtained orders - though fake - to keep Simba seems to be working. This is because Zora has been visiting him frequently and they even went out to a date.

Fela's character of having several women and baby mamas many people though was just at the screens. However Fella Admitted that in real life, he has six children with five baby mamas. 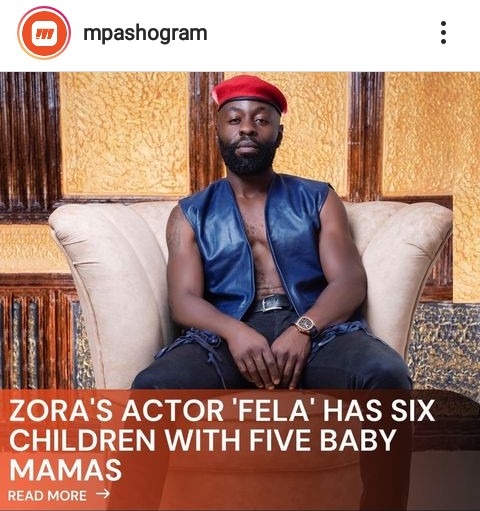 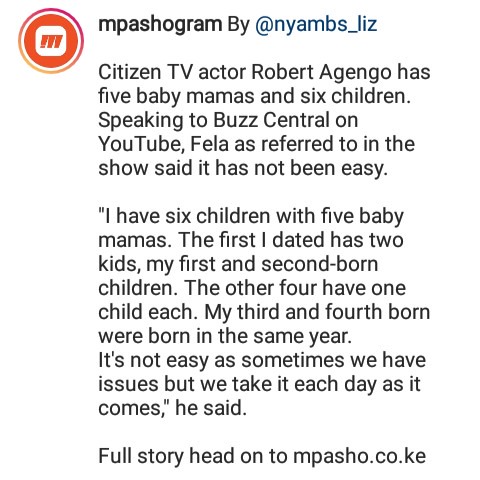 In his view, Fela said that he would rather stay alone or with his kids since he does not believe in marriage. According to him, marriage is a bondage in which a person is tasked at making another person happy.

Following his Revelation, most of his followers reacted with many being astonished that even in real life, Fela has several baby mamas and not just at the screens, Kumbe sio acting ni ukweli', one follower said. 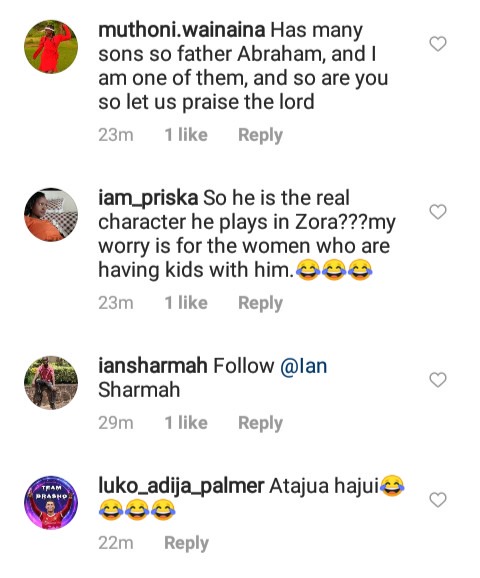 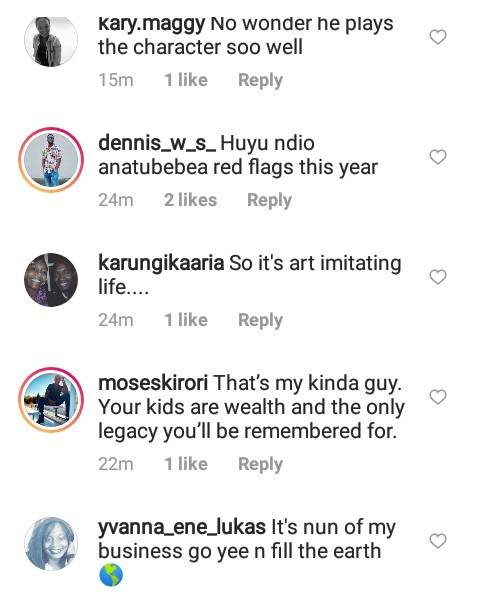 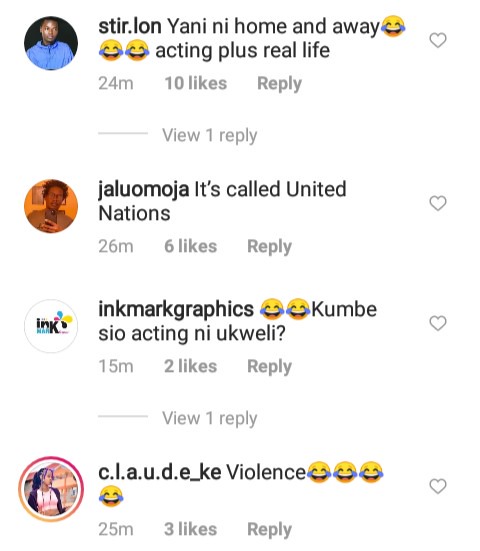 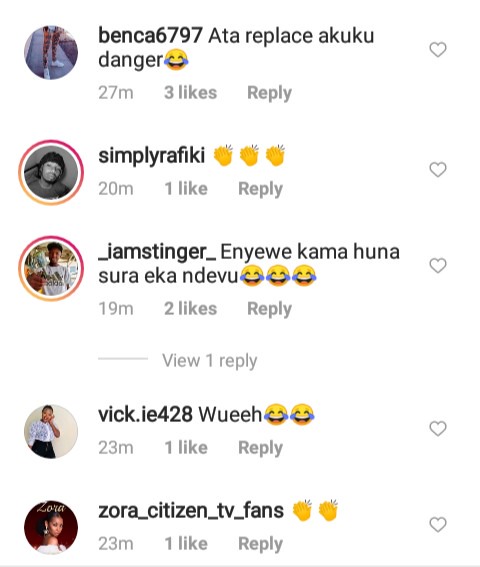