By Infographic.ke (self meida writer) | 1 months

After their misery was publicized by former Citizen TV news anchor Terryanne Chebet, the family of a top KCPE candidate was saved by well-wishers.

Dante, a former student at Thika Road Christian School, came in 26th overall in the KCPE exams across the country.

After his mother Janet Moraa lost her work at a telecommunications business owing to an extreme illness, they were forced to live on the streets due to rent arrears. 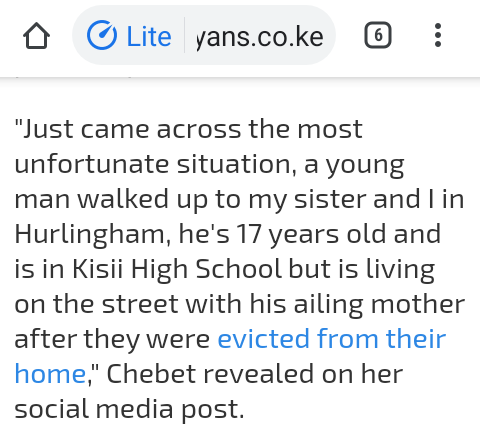 After seeing Dante's brother in Nairobi a few days before, the journalist requested assistance for the family.

The journalist was moved by Moraa's predicament and went to speak with him. She revealed that she suffers from spinal cord issues and that her body ached due to the existence of sores.

She went on to say that she was admitted to Kenyatta National Hospital (KNH) but was forced to leave owing to a lack of cash.

Hundreds of Kenyans expressed their support for the family when the issue was aired on Sunday afternoon, June 13.

Nairobi Senator Johnson Sakaja, KMPDU Secretary-General for Nairobi, Thuranira Kaugiria, and Dr Maxwell Okoth are among the Kenyans of goodwill who have reached out to her. 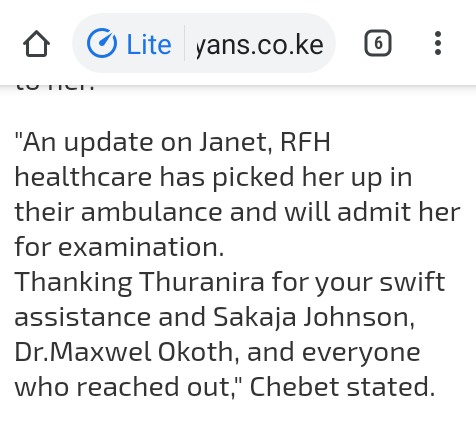 Sakaja was unavailable for comment when Kenyans.co.ke contacted him for more information about his intervention.

Kenyans of goodwill are known to rally in large numbers to help others in need, especially when their plight is publicized on social media or on television.

Kenyans have responded by donating money or providing other types of assistance to the families in need. 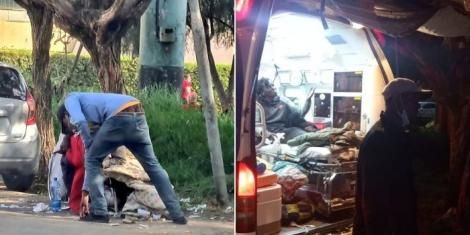 Wanaume Mko Wapi? Scene In Rift Valley As Ladies Cry Out That Men Are Becoming Scant And Rare

"Uliamua Umkate Na Panga", Man Cries Out As His Friend Is Murdered After Being Mistaken for A Thief