By TheReporterr (self meida writer) | 14 days

Kenyans have taken to their different social media accounts to express pain and agony after the untimely death of a Popular Kenyan Dj who goes by the name of dj Mike has reportedly died under unclear circumstances. 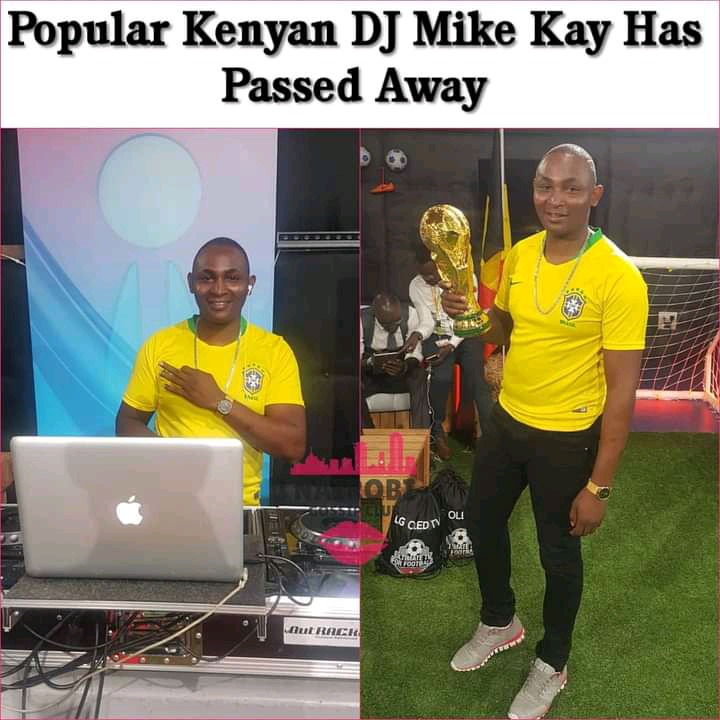 According to the reports given by the close family members and friends of the deceased, it has been reported that he allegedly died under unclear circumstances after suffering from all illness that's yet to be disclosed.

However, to those who might not know the deceased, he is one of the most popular djd who used to work hand in hand with Dj Jones on several occasions where they all attended major parties and even made it on a certain television show.

His Untimely death has shocked alot of Kenyans especially since the deceased died on the same day when President Uhuru Kenyatta reopened the country and also added curfew times allowing bars to function until 7pm.

This incident has sparked alot of mixed reactions from Kenyans who seemed to have been confused on why there was an increasing number of dying proponent people in Kenya. 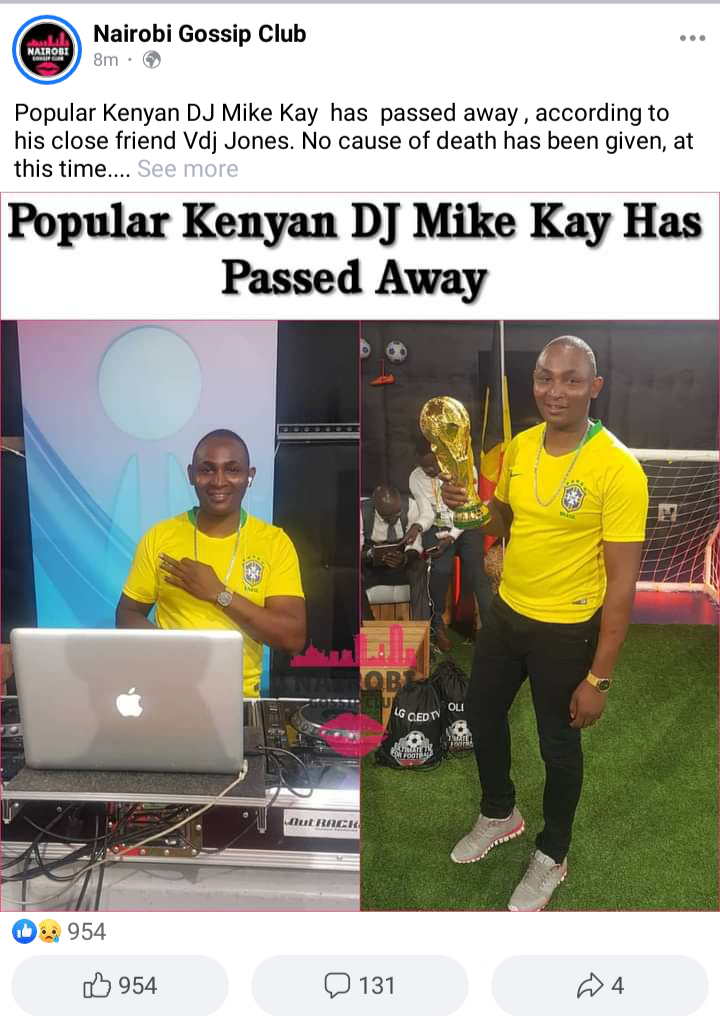