By GStyls (self media writer) | 1 year ago

Maria TV drama series aired on Citizen TV has been the most followed local soap opera by citizens. It has brought great entertainment and educated netizens on different issues as well. Maria show is now coming to an end. Its actors and actresses have revealed that it is after three hundred and seventy-four episodes. 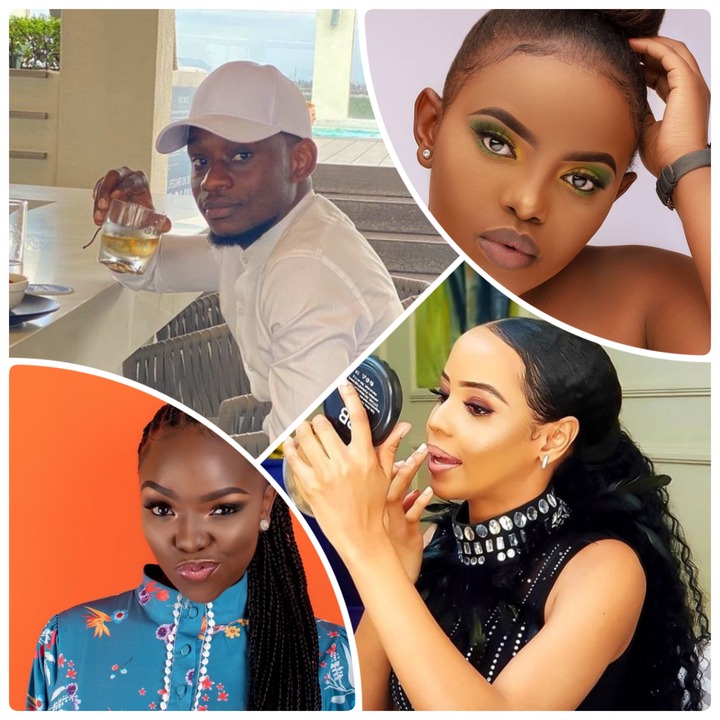 These actors have gone ahead to leave their last remarks before the end of what they refer to as season one of Maria ends. Check out their messages below.

Beatrice Dorea acted as Magie in the show. She used to portray how young girls are used by the elder people including their parents to spread evils. Maggie collaborated with her mum Salome, Sandra, and many others to prevent well being of others. Below is her message. 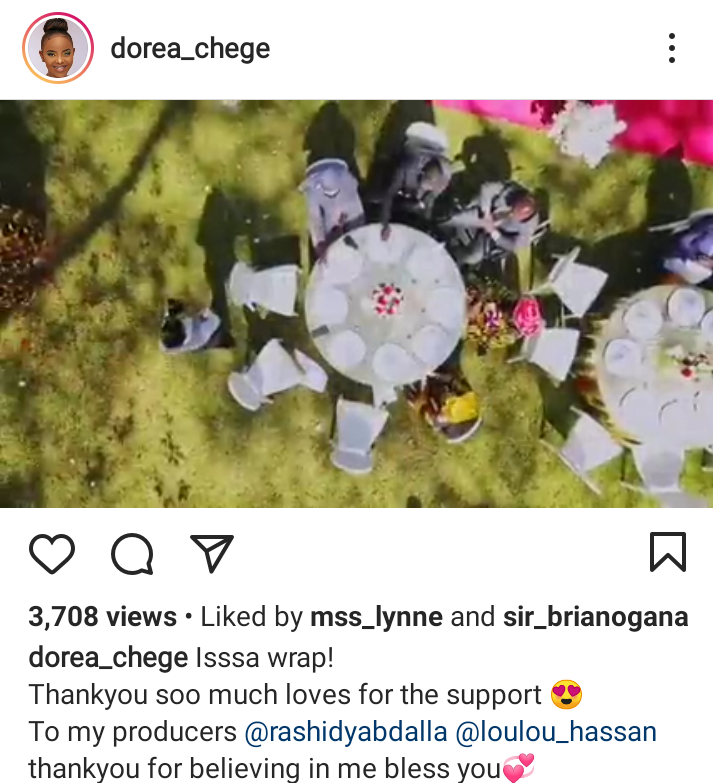 Yasmeen Saiedi alias Maria was the main character. Her role mainly entailed showing how orphans suffer from no one to help them. Also how they are mistreated by those who they are supposed to run to for help. 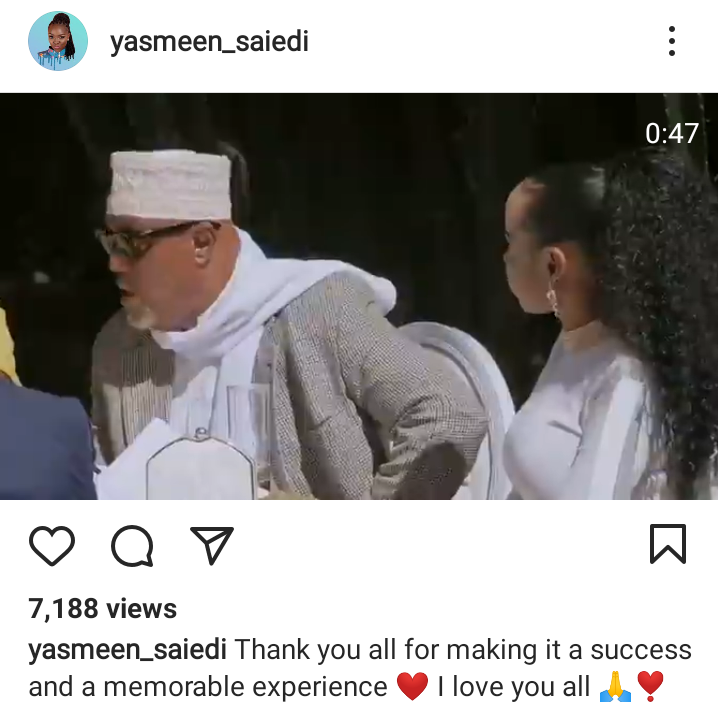 Brian Ogana alias Luwi Hausa is one of the actors who contributed to much drama in this series. His acting prowess is always evident from how he seems to follow the script. Unlike many guys, he has shown his emotions properly all through his acting. He had lots of information for his fans as shown below. 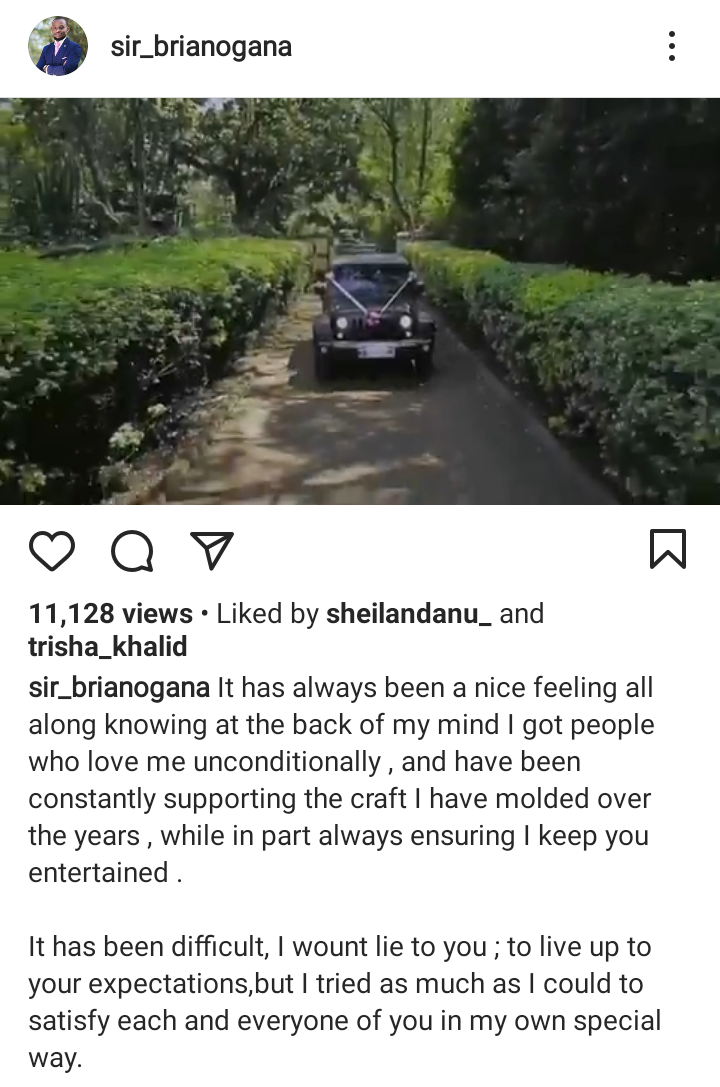 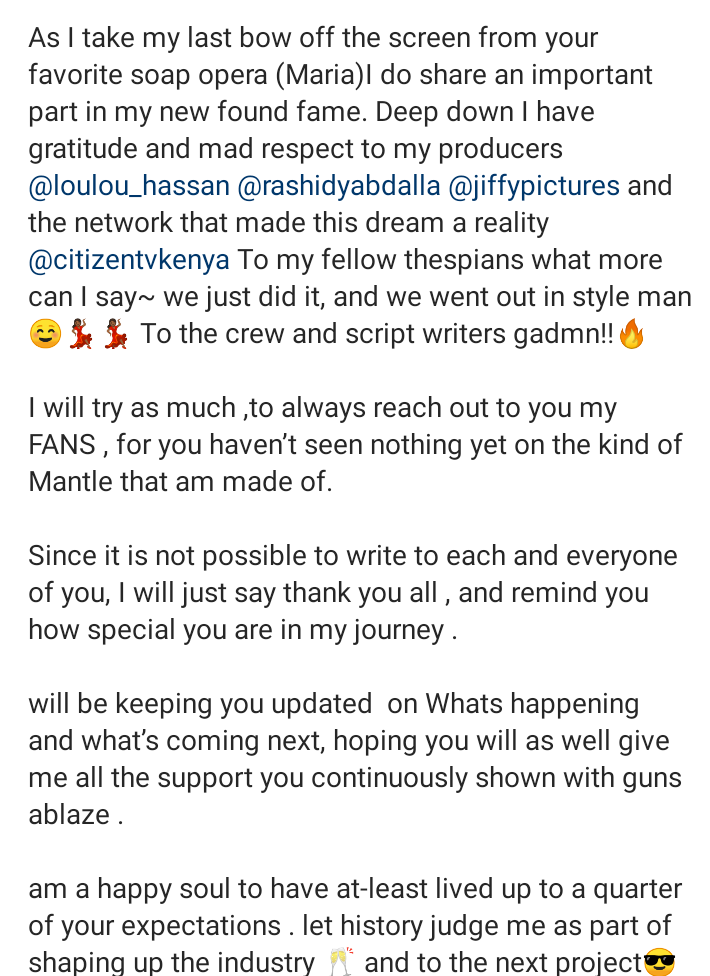 Bridget Shighadi alias Sofia was too portrayed as a very bad human being. She was concerned about her well-being without minding others. This is just her onscreen character. She had wise words for her fans. 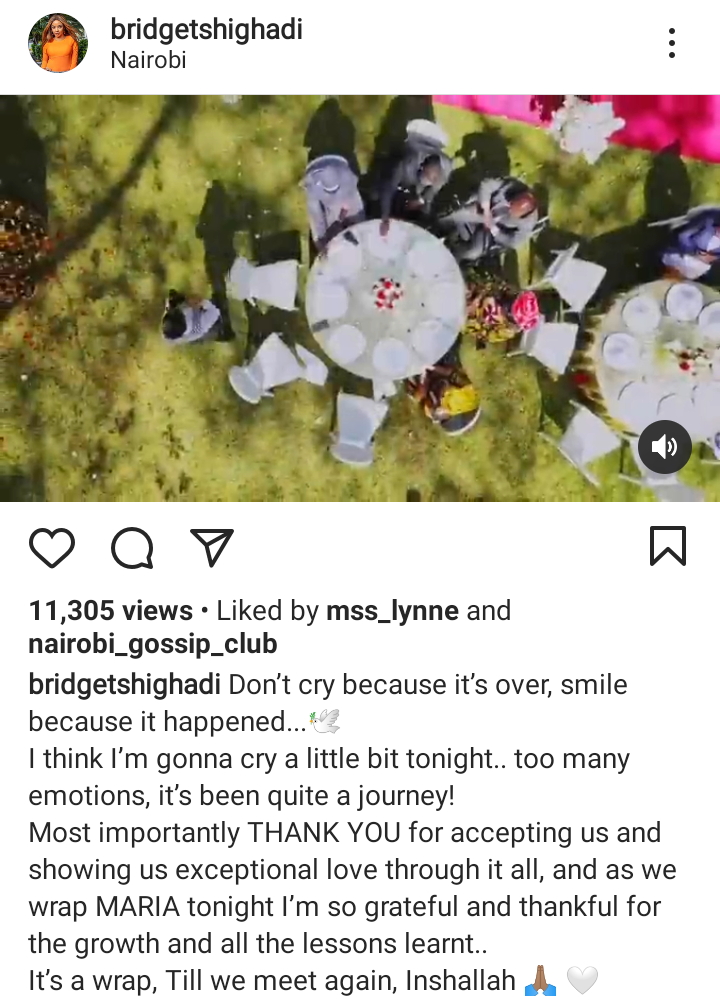 Content created and supplied by: GStyls (via Opera News )