Nairobi county woman representative Esther Passaris has left Kenyans talking on Twitter after he gave one of his fans a response that no one expected. On Monday Passaris joined president William Ruto at Mukuru Kwa Njenga where he was inspecting a building project to develop affordable housing units for the residents of the area. After the big day Passaris took to her Twitter page to share with her fans what she had done with the president. 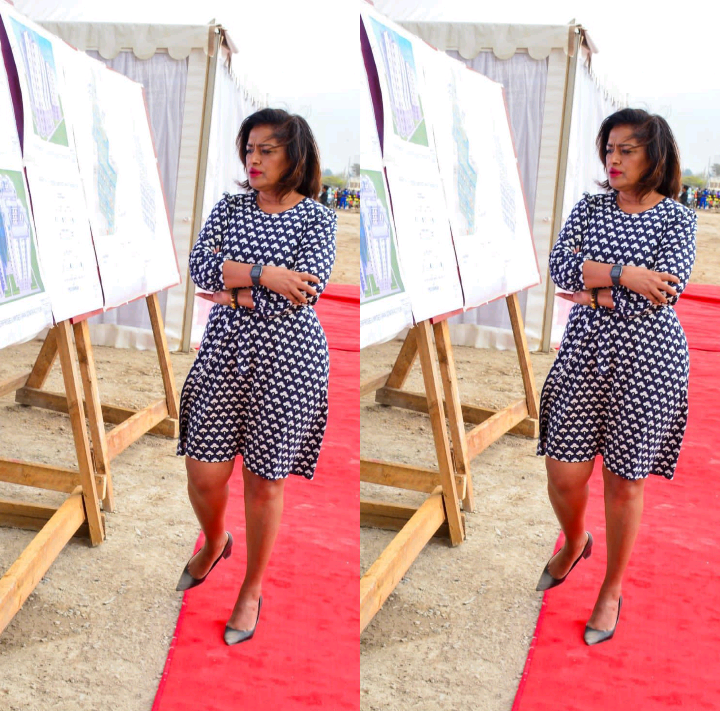 "I joined H.E @WilliamsRuto and other Leaders in Mukuru, Embakasi South, to inspect an ongoing affordable housing project. I will support and rally my colleagues in Parliament to prioritise #HousingFundKe to enable Kenyans to move from informal settlements to social housing." Passaris said.

This post was then followed by a series of photos from the meeting with the president. One of his fans however complained about her short dress which was slightly above the knees. He asked her to wear a longer dress the next time she meets with the head of State since she is 55 years old and not a 25 year old teenager.

The woman rep immediately responded and told him that her dress was her choice and he has no say over it. He then reminded the fan that she is 58 years and not 55.

"Actually I am 58 this month. #MyDressMyChoice," Passaris replied back. 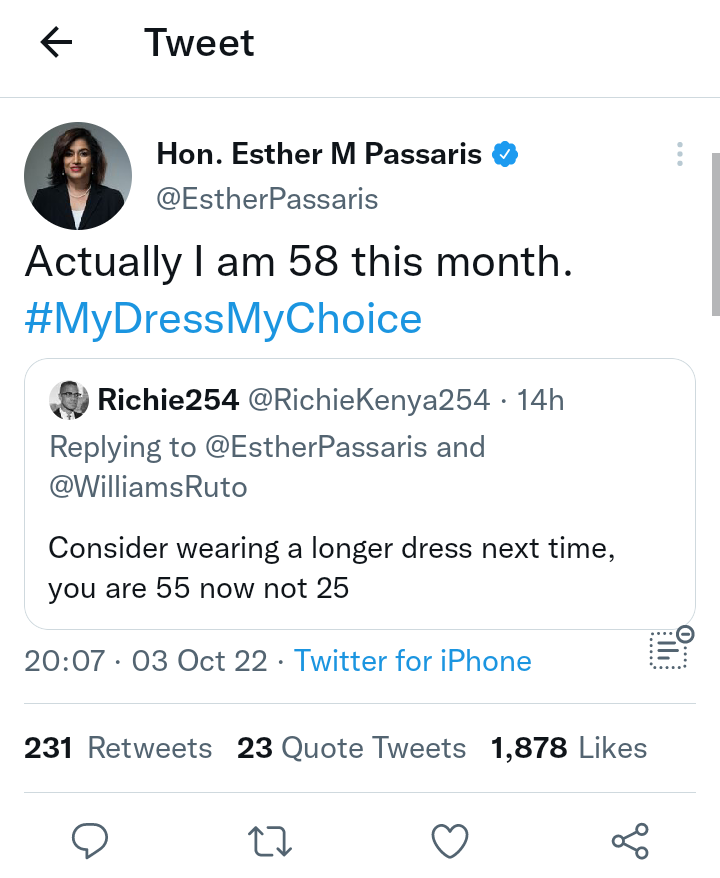 Her other fans were mesmerized her charisma as they lauded her for standing for herself. Below are some of the reactions in the comments section. 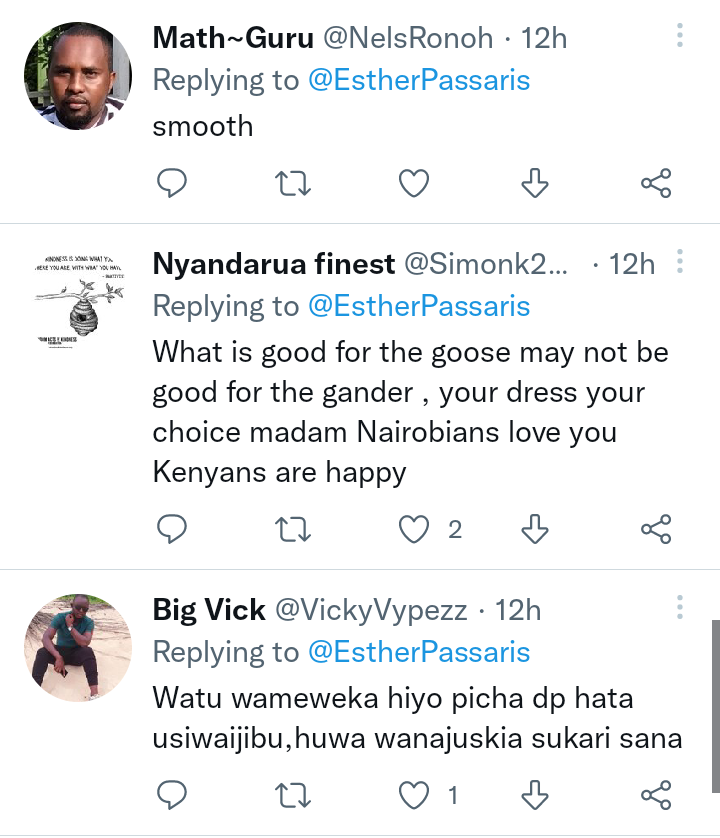 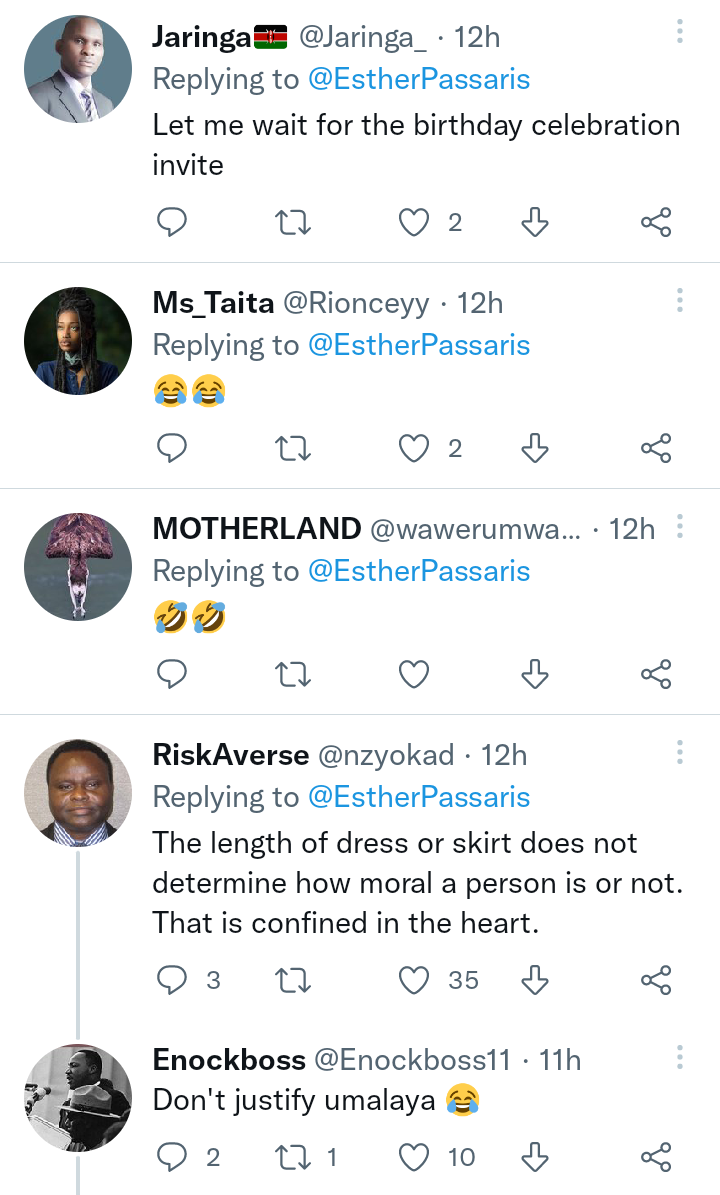 In your own opinion do you think the dress she was wearing was short? Share your thoughts in the comments section below. Follow the page for more news updates daily.