By Kenyansprimenews (self media writer) | 1 month ago

Many of you clearly know who Jackie Maribe is and she was one of the most eloquent Citizen TV reporters to an extent that she got a fast promotion to become a TV presenter. Apparently, just a week after she landed that luxurious job, Jackie was forced to resign after she was linked with the murder of businesswoman Monica Kimani in Kilimani. 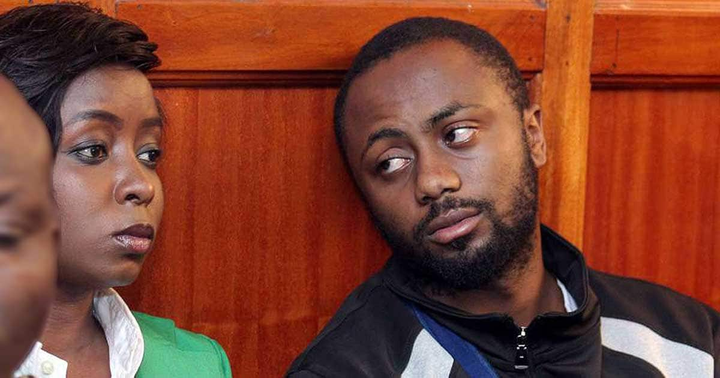 According to reports, Jackie who was dating Jowie Irungu by then worked together to end the life of Monica who was shot dead and after investigation, some of her clothes were found at Jackie Maribe's house. The case has been going on until today and it was not a very good day. 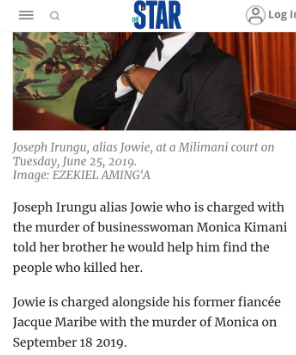 According to one witness who is the late Monica's brother, Jowie called him hours after the murder of Monica informing him about her death. Jowie was the last person to be seen with Monica and he assured the brother that they have to find those who killed her breaking the news to the innocent brother who knew nothing about the incident.

Today, DPP has charged Jackie and Jowie with the the murder of Monica claiming that they were directly linked with her death. This is because they were the last people to be with Monica and even her clothes were at Jackie's house. Source, Star media.

Content created and supplied by: Kenyansprimenews (via Opera News )