List Of Top Kasarani Moments That Caught The Attention Of Kenyans

By TrendMaster (self media writer) | 5 months ago 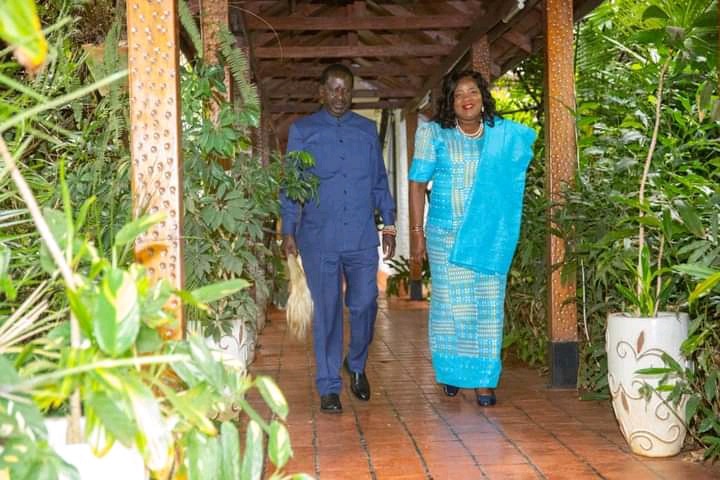 1. Trio Mio's moment with Mama Ida and Raila Odinga after an exciting performance:

After spending time with former Prime Minister Raila Odinga and his wife Ida Odinga, musicians Trio Mio left participants of the Azimio la Umoja political event in Kasarani ecstatic. During the occasion, Trio was allowed a few minutes to entertain visitors, and halfway through his first song, the MC urged him to walk to the podium and fist bump Odinga. 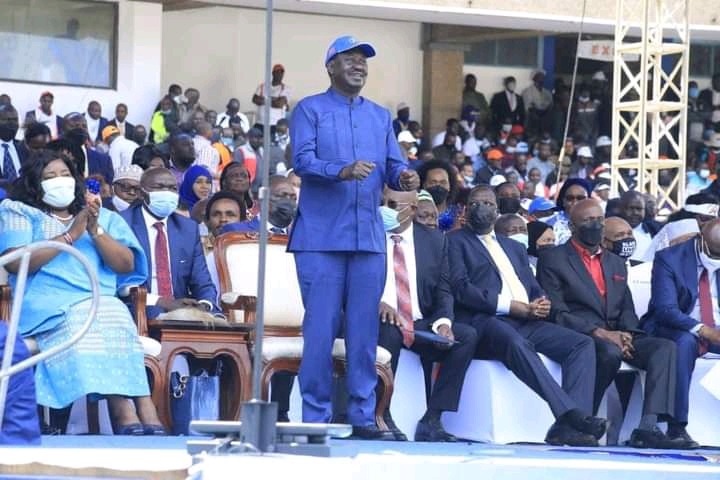 It took him a few minutes to get to where the former Prime Minister was sitting, despite the fact that he was escorted by security. A uniformed police officer frisked him on his way to the podium before allowing him to climb it. When he arrived at the podium, the Cheza Kama Wewe singer halted the deejay and pumped up the crowd before turning to Odinga and applauding him before thanking him for the chance. They exchanged a fist bump before he exited the podium and returned to the stage. 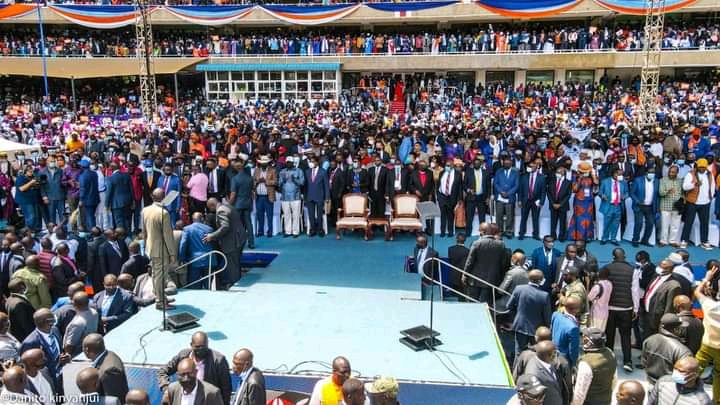 At the Azimio La Umoja convention, Citizen TV reporter Hassan Mugambi was stopped during a live TV session at Kasarani Stadium by Orange Democratic Movement (ODM) party members. Mugambi was advising viewers on the status of the event at the stadium's entrance when he was abruptly interrupted by fans who were overjoyed to see him.

"Is it you who I normally see on TV? Please accept my greetings. How are you doing, Francis Gachuri?" One of the supporters, who appeared to mix up Mugambi with reporter Francis Gachuri, inquired. 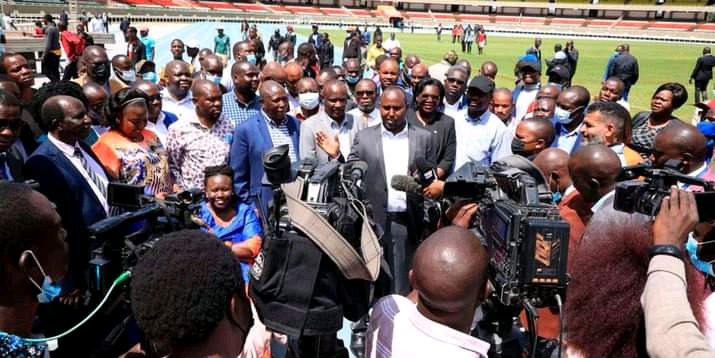 At the entrance of supporters, the acclaimed reporter was compelled to cut short his analysis in order to calm the followers, who were ostensibly aware that it was a live TV session. Mugambi, who was enjoying the moment, also gave one of them the opportunity to speak and express his expectations for Odinga's event. On the same occasion, ODM supporters greeted rising TV reporter Samuel Letoo with the same euphoric response, shouting his name from the enraged audience. 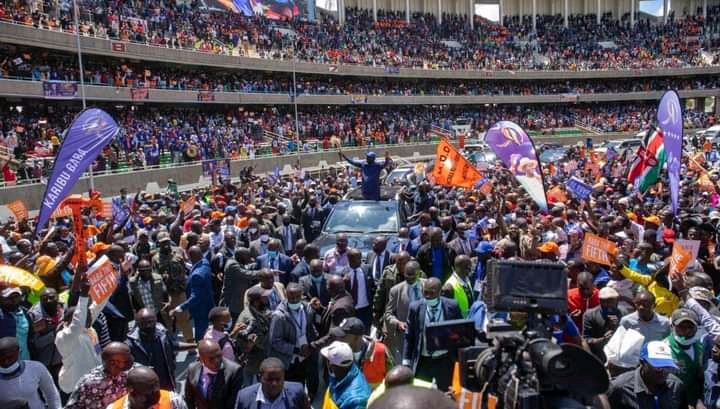 3. Chaos that rocked the event:

After a part of the audience became boisterous, the Orange Democratic Movement (ODM) leader Raila Odinga's Azimio La Umoja National Convention in Kasarani, Nairobi, was thrown into chaos on Friday, December 10. When the situation became chaotic, several rogue people posing as supporters of the ODM leader and his Azimio La Umoja agenda took advantage of the situation and sought to take goods from those there. 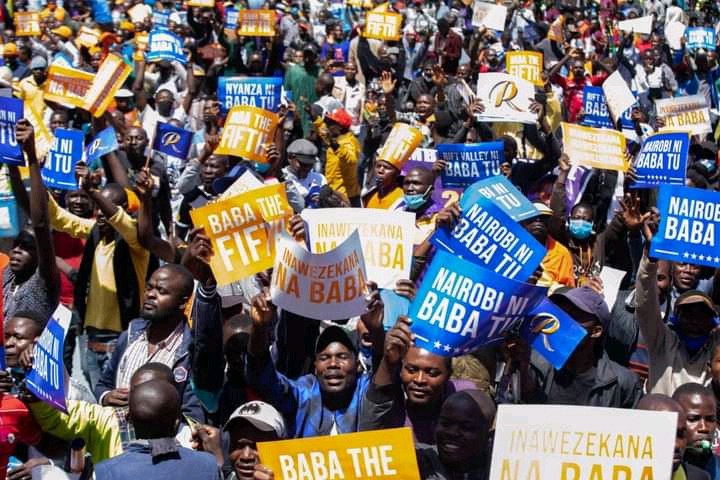 After the commotion broke out, entertainers who had camped out at the VIP gate and arranged themselves to usher in guests were forced to cut short their performance. Pickpocketing has also been reported, with police officers being forced to intervene to keep the situation under control. One of the suspected thieves was apprehended with four cell phones for which he could not explain ownership. He was handcuffed and sent to the Kasarani Police Station for questioning. 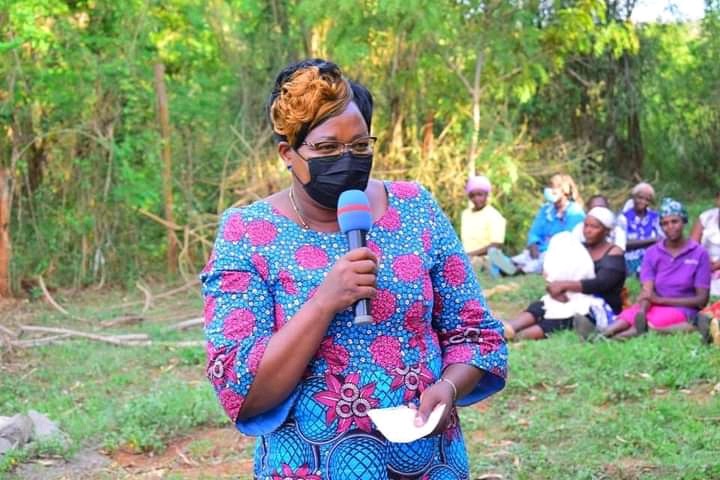 Maragua Member of Parliament, Mary Wamaua, was caught in the commotion and had to flee the Kasarani Stadium after being allegedly roughed up by security guys in plain clothing at the entrance. The senator expressed her surprise at the unpleasant welcome, accusing security guards and other police of constantly shoving her.

Photos; How large DP Ruto Security is in his Rallies.