By PlugtvKenya (self media writer) | 20 days ago 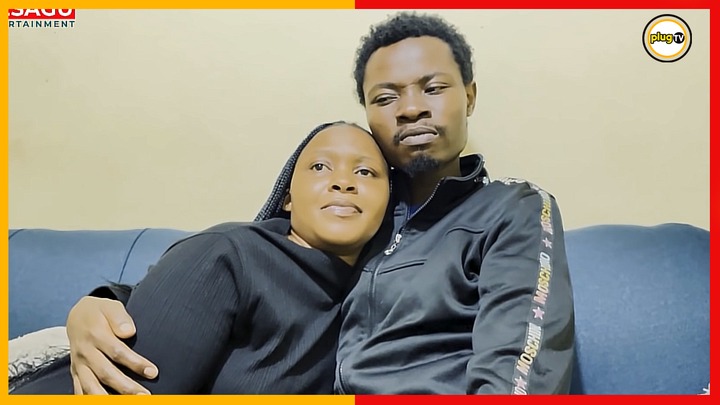 "Ladies and gentlemen, step right up and behold the wild world of the club scene, where danger lurks around every corner and even a simple selfie request can turn into a gun-wielding showdown. Just ask comedian Desagu, who recently found himself in the crosshairs of a jealous lover during a night out on the town. While speaking to the "Iko Nini podcast", the witty comedian narrated how saw death flash right before his eyes.

According to Desagu, it all started when a lady approached him for a selfie. Being the gracious celebrity that he is, he obliged her request. But little did he know, this seemingly innocent act would soon put his life in danger. As he was snapping the photo, he noticed the lady's boyfriend gesturing for him to back off. Sensing trouble, Desagu retreated to his seat.

I was once approached by a lady in a club who needed a selfie from me, so I followed her but from a distance I noticed her man gesturing me to back off and not to take a selfie with the lady" Desagu said.

But the lady wasn't done yet. She followed him, and before he knew it, her boyfriend had pulled out a gun and was threatening to shoot him for "snatching" his girlfriend.

I obeyed the man and went back to my seat, but the lady was kinda angry at her man so she decided to follow me where I was against her man's wish, immediately her boyfriend came to me and pulled out his gun threatening to shoot me for snatching his girlfriend" the comedian added.

But Desagu wasn't alone. As it turns out, his four friends were also armed, and they quickly pulled out their guns, ready to defend their comrade from danger. "I was so surprised to find out that my friends were gun owners," said Desagu. "I was even tempted to inquire how I could also get my own gun."

So folks, the next time you're tempted to snap a quick selfie with a stranger in the club, just remember: it might be a highway to meet your maker. And always make sure you have a backup, preferably in the form of gun-toting friends. Stay safe out there, folks."

Content created and supplied by: PlugtvKenya (via Opera News )