'Save Me, Depression Is Killing Me' Popular Actress Cries For Assistance From Any Concerned Kenyan.

Charity Wachira is a popular actress known as Katerina in Inooro TV. She has been in the entertainment industry but things have not been so easy for her. As reported by KDR TV, one of their hosts was sent to interview Katerina and he found her in a room where she had locked herself all day. According to Katerina, she said that depression started when she was in 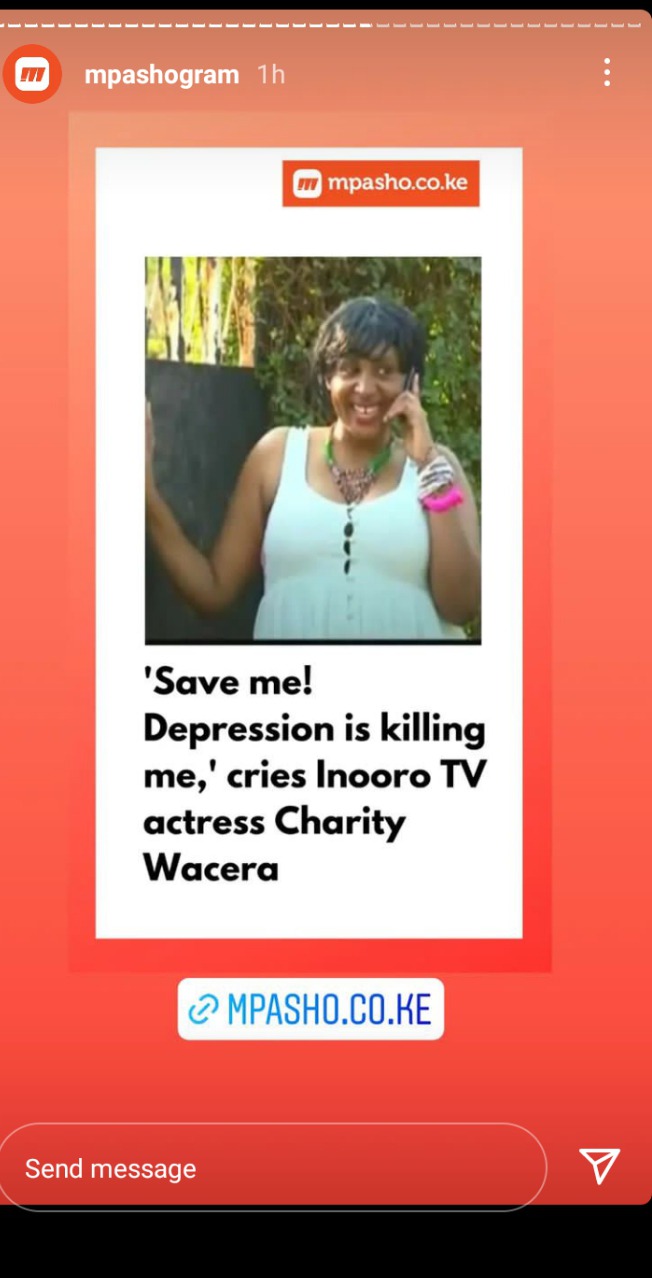 primary school and people would make fun of her big body. Katerina said that people didn't want her and it reached a time when people even avoided her totally. She never used to play with any one. This prompted her to attempt suicide by overdosing herself with about 16 piriton tablets. 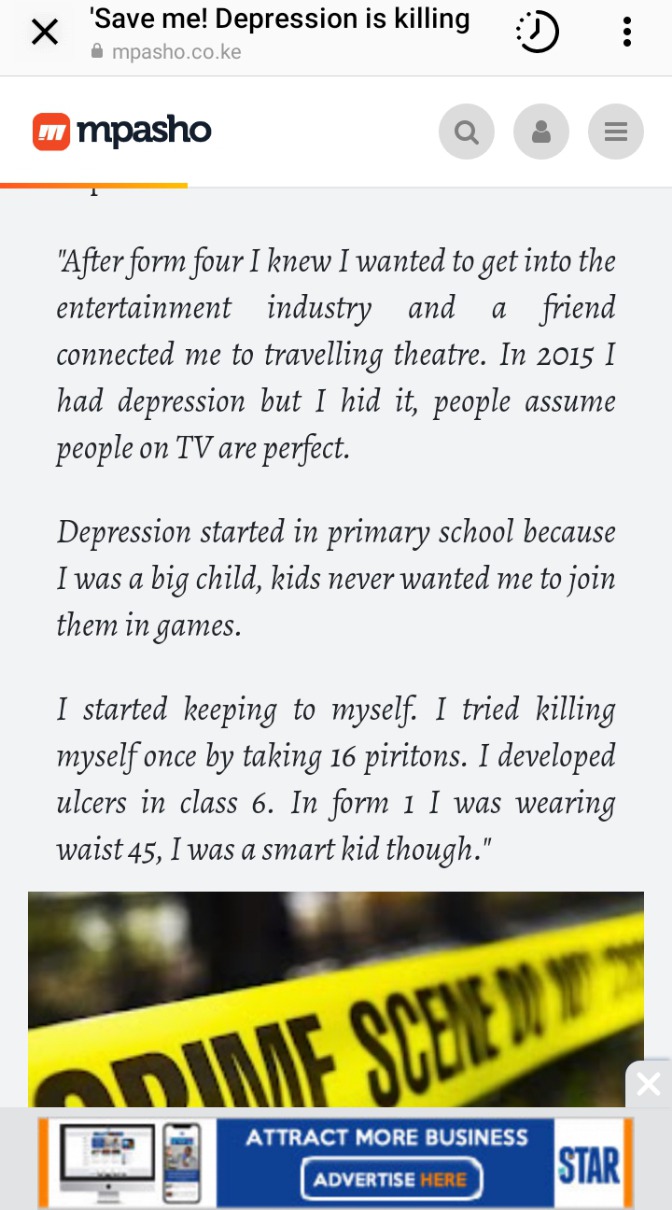 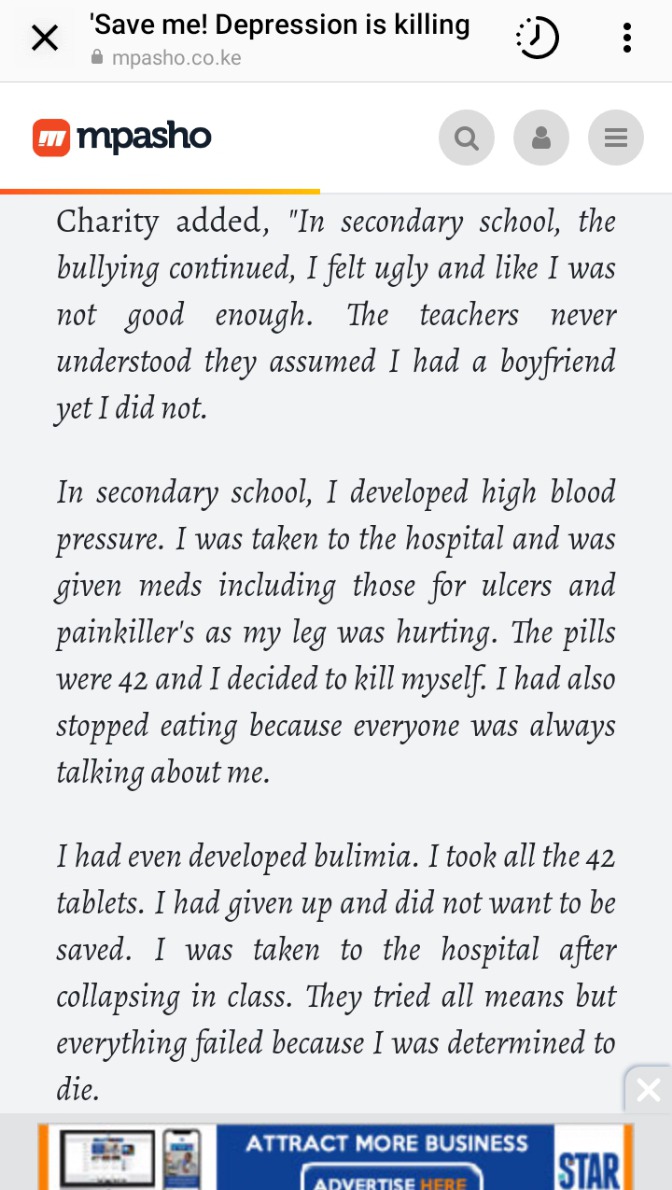 Even though she didn't die, she suffered ulcers due to the overdose. In highschool, it was the same and people trolled her since she used to wear a size 45 skirt. Teachers never believed her age since her body looked a bit bigger and this denied her self confidence. She also attempted suicide and doctors struggled so much to save her life. She grew and gained confidence a bit. This made her accept herself and she now went for auditions as an actress in Inooro TV. 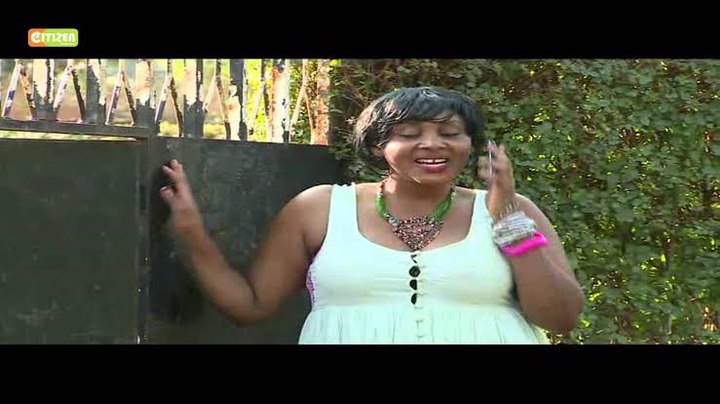 People however did not stop talking about her and often she would receive hate comments just because of her big body. Katerina claims that at the moment depression wants to kill her. She asked any concerned Kenyan to help her fight depression since she doesn't want to die and leave her two kids. 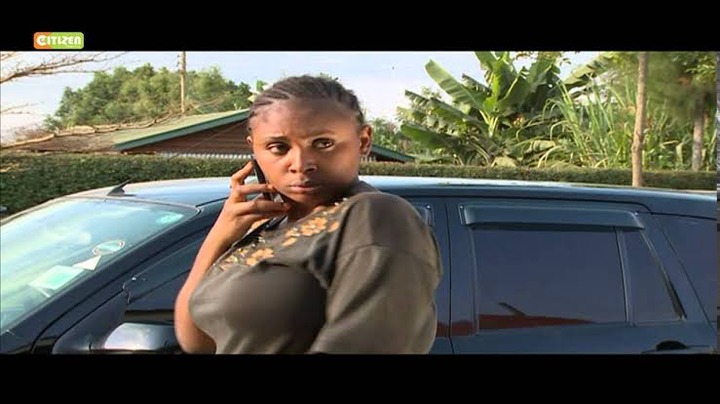 Charity Wachira KDR Katerina Save Me