A dramatic scene was witnessed after a husband was caught cheating with another woman on their matrimonial bed which made his wife to leave him. 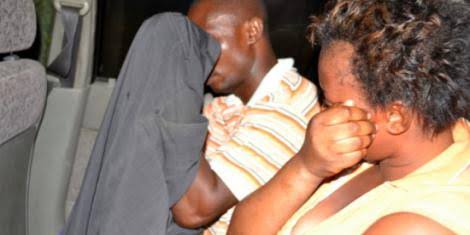 The man only identified as Alphonse sent a message on Radio maisha requesting to be reconciled by her wife during the Gidi and Ghost show.

Alphonse told the radio hosts that he has been married for two years now. On the day of the incident, Alphonse was allegedly caught with another woman when his wife returned home from work early than usual.

According to Alphonse, he did the heinous act after his wife got pregnant and became sexually starved prompting him to go out of the wedlock.

He pleaded on radio asking for forgiveness from his wife begging her to return home and continue with their lives. The wife to Alphonse refused to forgive her husband saying that her actions hurt her so much.

She further said that she has already moved on with her life and that Alphonse should move on with his.

Alphonse is now in a limbo not knowing what to do.

What is your advice to Alphonse? Feel free to leave your comment below.