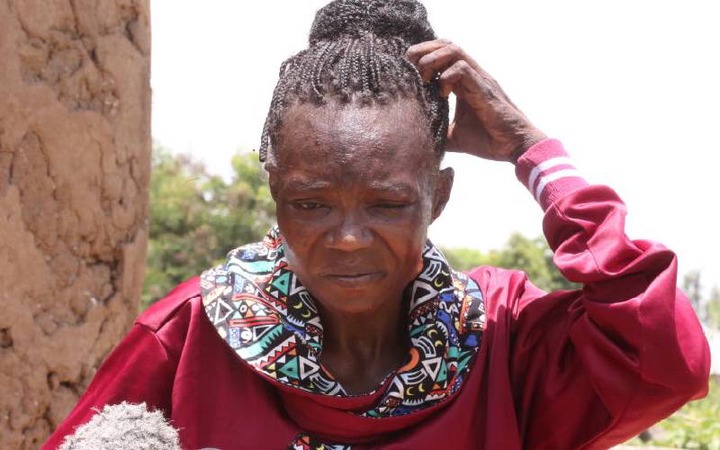 It is almost a week since the country lost the the Ohangla queen Lady Maureen who succumbed to a long term illness in Migori county.

More sad details have emerged on her last sunset days.

According to a publication by the Standard the Ohangla queen had been battling a long illness for almost three years and was left at the mercy of well wishers and donors who would pay her medical bills and other support.

The Standard has also reported that lady Maurine had abandoned her family at the peak of her music career. 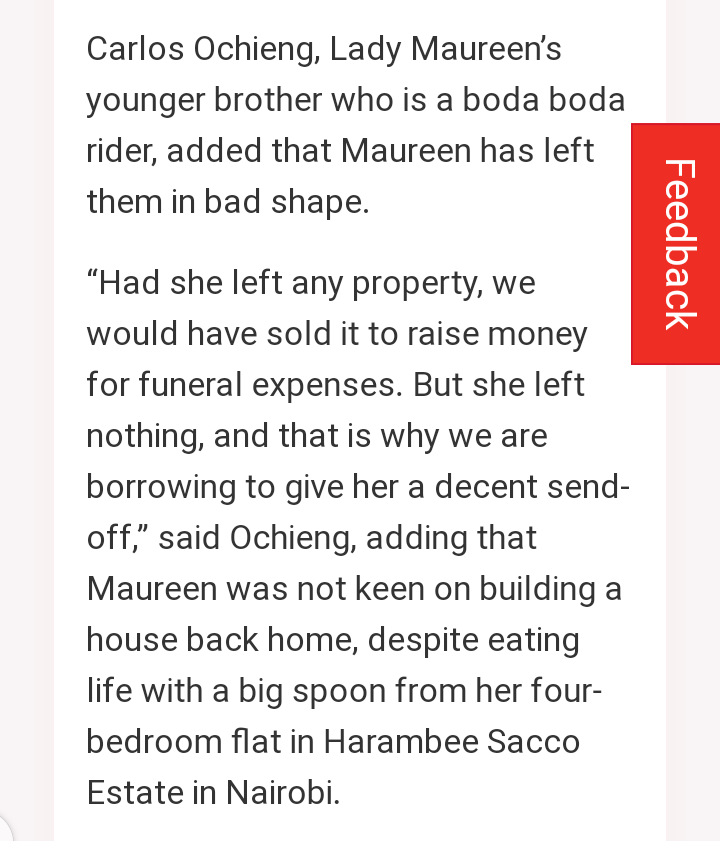 She is said to have severed ties with her close relatives and family after they kept on piling pressure on her to invest in her Migori home.

Her Mother Margaret Akinyi has revealed that lady Maureen died in poverty and she has left the family in a need of financial help to give her a decent send off.

Her brother Carlos has also revealed that late lady Maureen constantly turned down advises to invest and would say she would invest at the 'right time'. 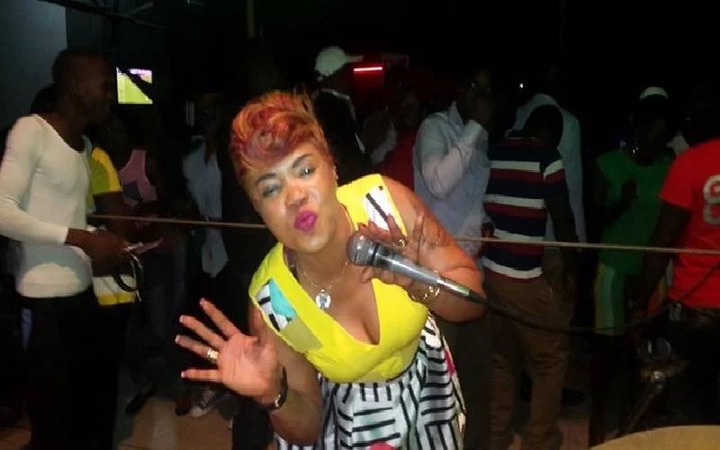 While lady Maureen is said to have been living in a luxurious house in Nairobi her family has revealed that Late Lady Maureen had not built a house back home.

He also revealed that he was renting a 'bodaboda' while his late sister had an opportunity to buy him one.

The family however blames Late Lady Maureen's close friends and confidants who influenced her to live a life beyond her means. 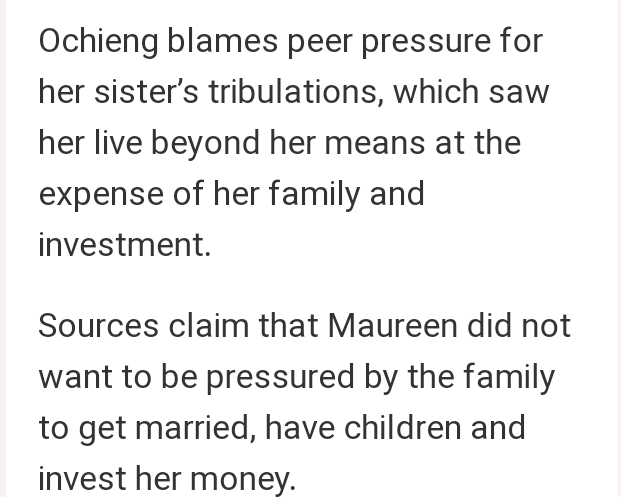 She is also said to have refused to give into a family's demands of getting married and having children.

Lady Maureen is however reported to have made peace with her family especially her mother during her last days and asked for forgiveness for all her shortcomings.

Lady Maureen who was born in 1982 begun her music career when she was in Lower Primary according to her mother.

Lady Maureen has been mourned as a legendary musician in the country by influential politicians such as Former Prime Minister Raila Odinga and Siaya Senator James Orengo.

Harmonize Comfirms Break Up With His Australian Girlfriend Briana

The most underrated jobs in Kenya.