Veteran television journalist Alex Chamwada has wowed his fans with the latest move. Through his Chams Media Company official pages, Chamwada announced that his fan-favourite program of Daring Abroad will be on air for another year.

On Saturday, Chamwada had announced that his contract with NTV Kenya had ended and that Saturday's show would mark the end of year one of the show on NTV.

"It is one year since #DaringAbroad started airing on NTV Kenya. Watch the last episode of that season today from 7.30 - 8pm. Many thanks to NMG and all our other partners for supporting this journey. An even more refreshing season begins on 2nd October 2021," Alex posted on Facebook.

However, on Tuesday, he announced that the TV show will continue to air on NTV Kenya for one more year, an announcement that wowed his fans both on Twitter and Facebook.

The Chams Media CEO posted all-smiles photos of him and Nation Media Group CEO Stephen Gitagama as the two exchanged documents, a sign that a deal had been signed.

Through their official Facebook page, Chams Media confirmed that Daring Abroad will air on NTV Kenya for another year. Daring Abroad is a TV show that features Kenyans living in other countries. Alex Chamwada has been travelling far and wide to feature such Kenyans and share their stories on both TV and online platforms, an action that has continued to inspire many Kenyans.

Among the many Kenyans Alex Chamwada has featured include a Kenyan morgue owner in the United States, a teacher-turned sweeper in London, Kenyan truck drivers in Georgia, USA. He has also featured Kenyan nurse in Australia, Kenyan female mechanic in Lubumbashi DRC, Kenyan hotelier in Goma City, Kenyan entrepreneurs in Accra Ghana, among others.

Daring Abroad show shifted from KTN News to NTV Kenya in 2020. Here are some of the comments on Twitter and Facebook. 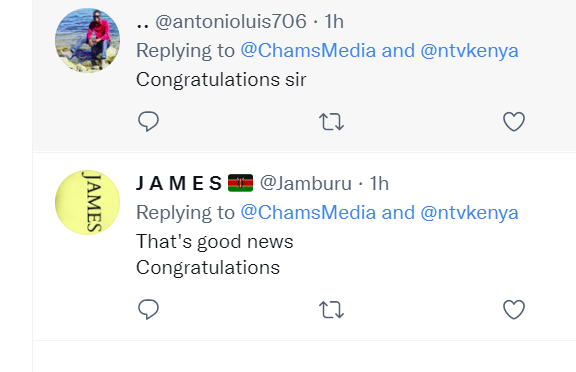 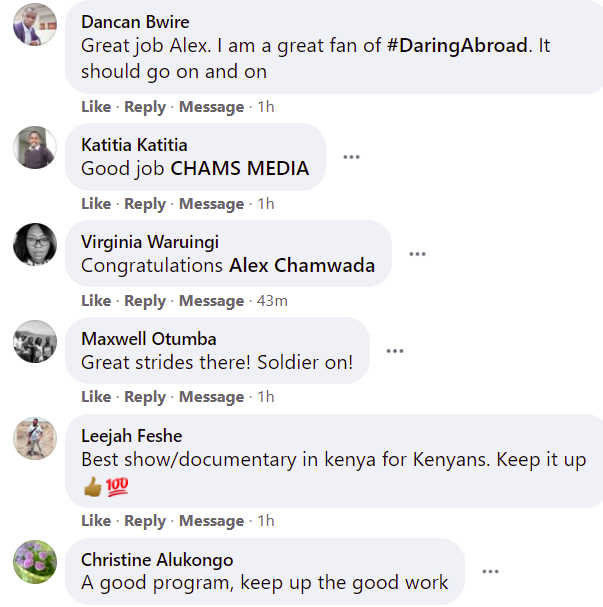 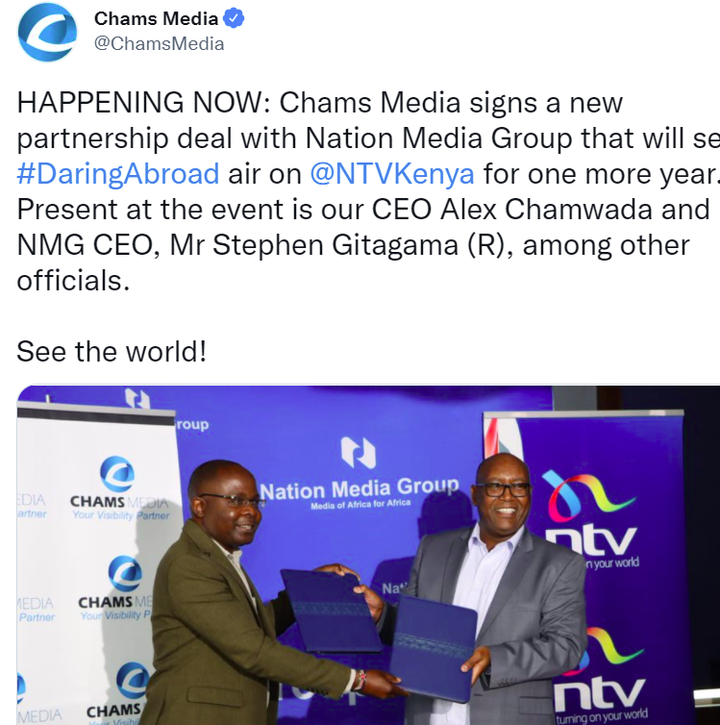 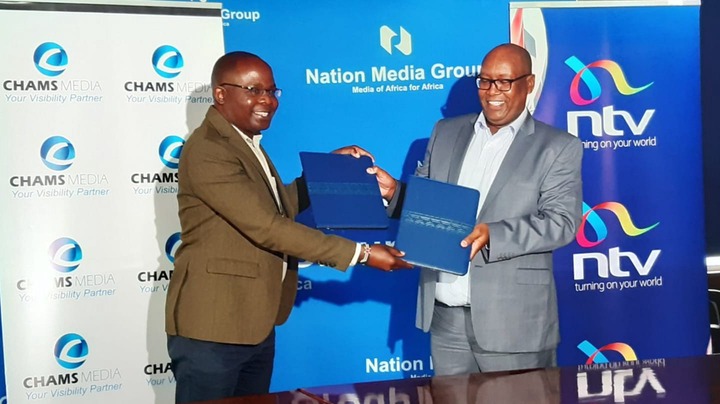 Content created and supplied by: K'Ochieng (via Opera News )

Details Have Emerges Of The Two Powerful Men Who Received Ruto In Kirinyaga County.

Thursday Must Win And Correct Score Tips Strictly Analysed With 57.94 Odds To Place On And Earn Big