'End Of The Road' Ezekiel Mutua Fired Out Because Of The Following Reasons.

By Kelvic (self media writer) | 5 months ago

The Kenya Film Classification Board (abbreviated as KFCB) is a state corporation that operates under the Government of Kenya whose mandate is to "regulate the creation, broadcasting, possession, distribution and exhibition of films by rating them."The Board was founded in 1963 with the commencement of the laws outlined in the Films and Stage Plays Act of 1962 (Section 11) and has since involved itself in the rating and classification of films and television programmes. It's headed by Ezekiel Mutua as a chairman.

But today, Ezekiel Mutua has been relieved of his duties as Chief Executive Officer of the Kenya Film Classification Board after six years at the helm. 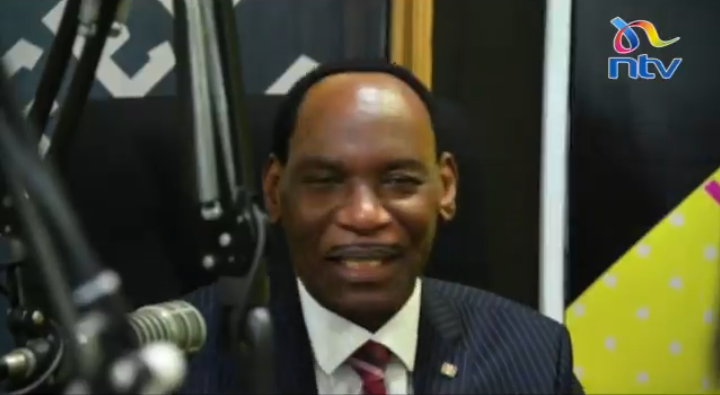 Sourcessay that Mutua has been sent on “terminal leave” and no reason has been given.

Christopher Wambua from Communications Authority of Kenya has been appointed as the acting CEO until a replacement is found.

On Thursday night, Mr. Mutua denied reports that he had been fired calling them “malicious” and said he is not aware of such developments.

“My attention has been drawn to reports on social media to the effect that I have been fired as CEO of KFCB. PLEASE IGNORE such malicious rumours. I am not aware of such developments and there can be no grain of truth in them as there’s no vacancy in the office of the CEO KFCB,” he said on his official Twitter account.Makueni Senator Mutula Kilonzo Jnr broke the news when he tweeted; “Ezekiel Mutua unlawfully removed by CS Mucheru as CEO after being lawfully appointed by the Board . Laws are mere suggestions for this administration.” 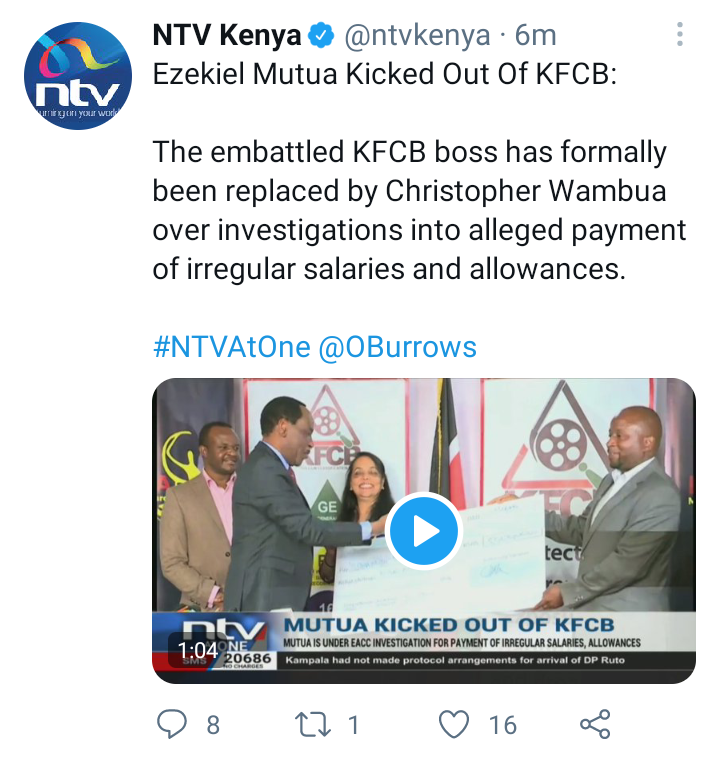 “We Will meet again,” Colombian man dies publicly through euthanasia