By Kememwa (self media writer) | 1 year ago

COVID 19 has taught lessons to almost everybody. We may have been taking things for granted and didn't see opportunities when we had chances. For those who depended on social gatherings to make their living, the pandemic hit them so hard that it became hard for one to survive if you had no creative idea to help you press on. 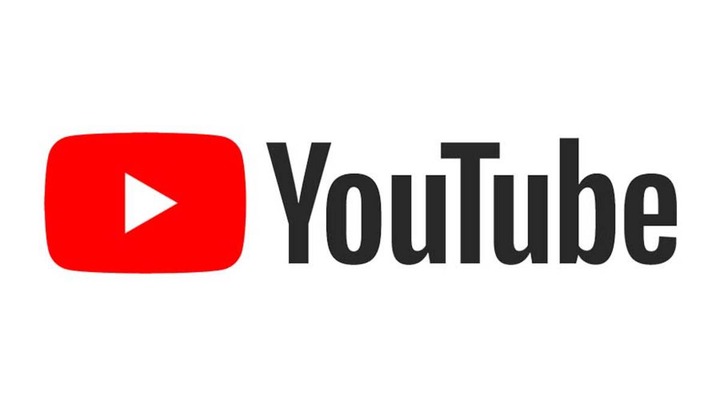 Most comedians resorted to creating content and push them through their online platforms, YouTube and Instagram being the most popular. Some grew their channel in a shocking short period to be big and with many followers. A good example being Jalango's YouTube channel that grew to over 100,000 subscribers in less than two weeks. 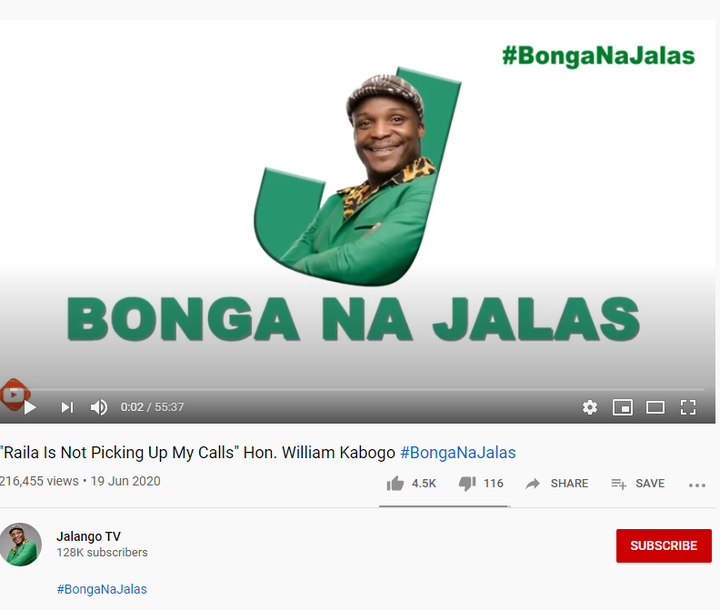 Here is a list of Churchill show comedians who resorted to YouTube or improved their online content and acquired a big number of subscribers so fast.

His comedy career at the Churchill show was just doing fine then came corona. Sammy Kioko started his YouTube early enough before the directive to stop all social gatherings was given out. At the time, his channel had about 20,000 subscribers. Sammy Kioko with fellow comedian Tom Daktari started a school drama with him as a student among other comedians including Cartoon from the Churchill show. Tom Daktari took the role of a teacher in the comic drama. It is the dramas that Kioko started posting in his YouTube channel before the pandemic. 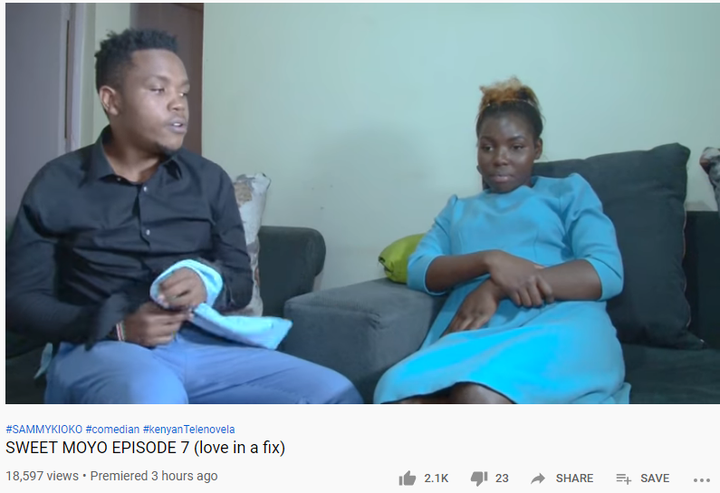 The comedian is currently producing a series of love drama dubbed Sweet Moyo in collaboration with comedian Cartoon. His channel now boasts of over 90,000 subscribers and counting. 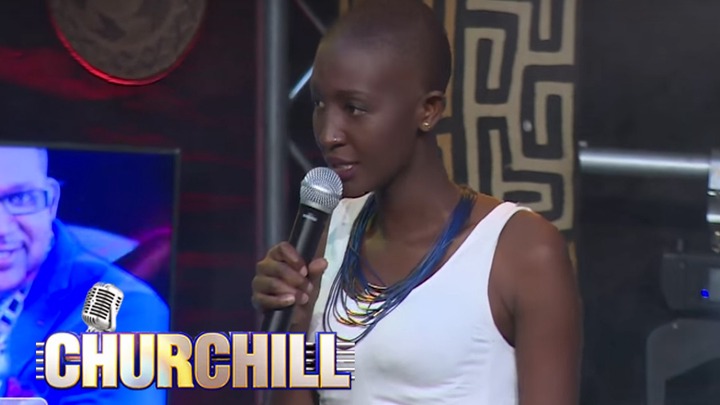 She is one of few female comedians who have been so consistent. Mammito started posting variety of content on her YouTube channel even before COVID 19 pandemic. Some fellow comedians including Butita and Zeddy have also featured in some of her skits. Today Mammito has over 60,000 subscribers. 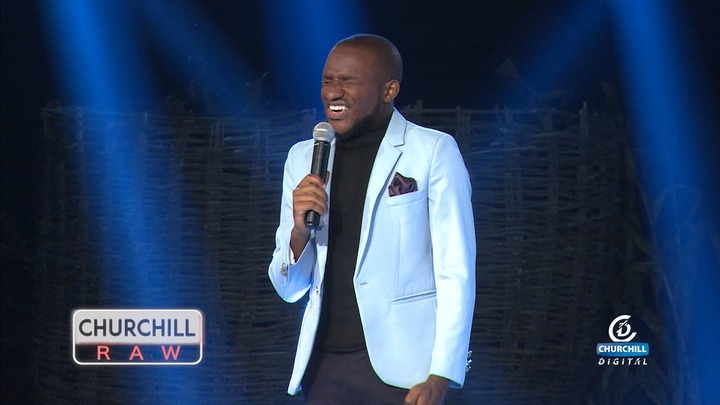 Tom Daktari featured in few episodes of the Churchill show. His YouTube Channel has slightly over 90,000 subscribers most of videos posted in the channel being of the school drama he produced in collaboration with fellow comedian Sammy Kioko. "Kwa Vonza school" as they call it in the clips is about Kenyan high school life that is relatable to many.

His JeKe Live that depicts Citizen TV's JK Live is something that has no doubt pulled fans to his channel. YY has done several clips so far featuring Victor Naman, another online content creator as COTU SG Francis Atwoli, Kelly inspirations as Miguna, Doug Mutai as Murkomen and DJ Shiti as Governor Joho. 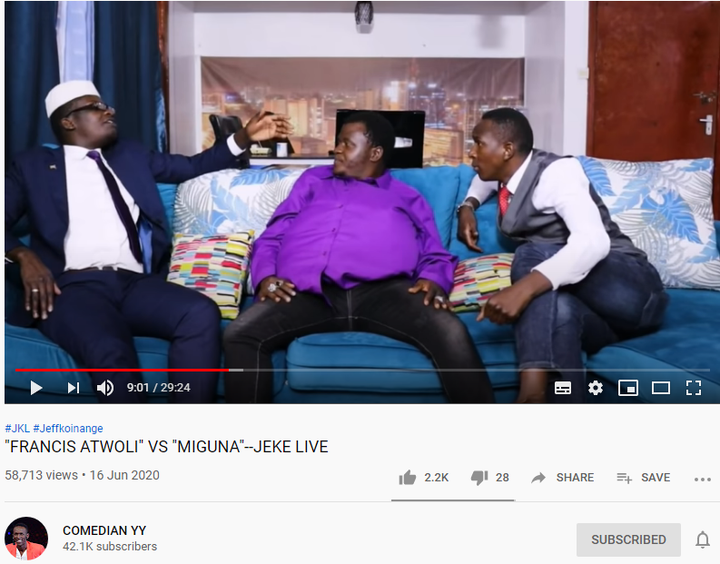 Subscribers to YY's channel keep increasing steadily and today he has over 40,000 subscribers 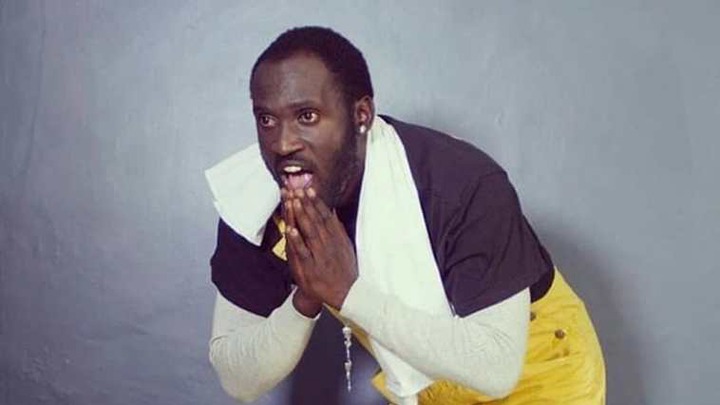 He stopped appearing on the Churchill show stage earlier that others in this list. DJ Shiti now boasts of over 112,000 subscribers on his YouTube channel. His content is a little different from the common ones you have been seeing from other comedians. He has been uploading videos that featured some popular Kenyan artists and also upcoming ones. 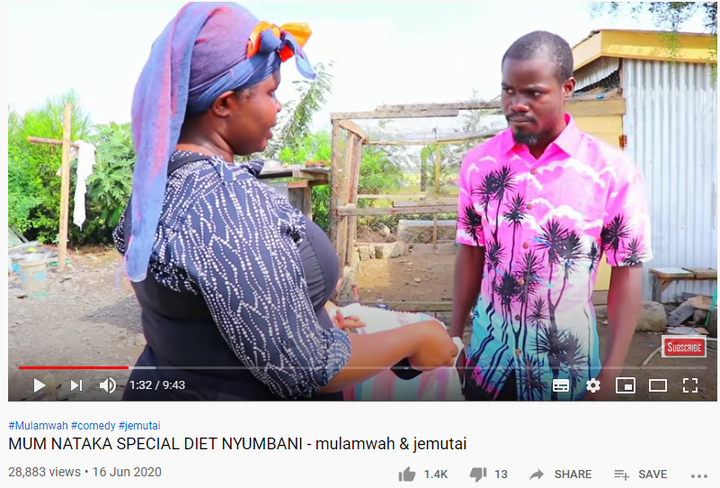 His channel is currently at slightly over 63,000 followers. Of late, Mulamwa featured Jemutai, a fellow comedian who has been away from comedy for some time. His channel grows steadily though he has been a little more popular in other social media platforms especially Twitter and Instagram.

Other Churchill show comedians who are doing relatively well on YouTube include MCA Tricky who now has 223,000 subscribers. Tricky has however been posting on YouTube for long enough. Another one is Nasra who is now at 31.1 thousand subscribers.

Content created and supplied by: Kememwa (via Opera News )