By Mandonaian (self media writer) | 3 months ago 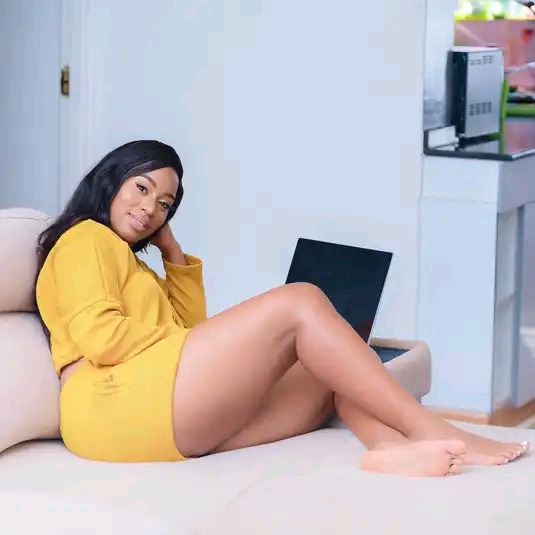 The star took to Social Media to announce to Kenyans that her YouTube page had been deleted from the video streaming platform after it was hacked.

She went ahead to share screenshots of messages she received from the YouTube team noting that she had violated the guidelines and thus the account had to be deleted. 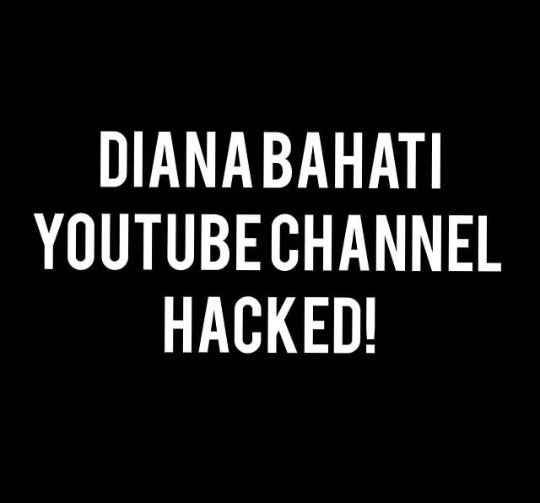 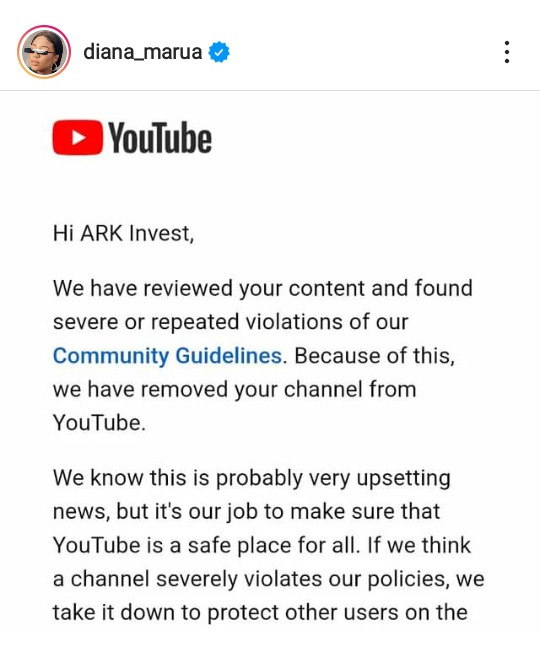 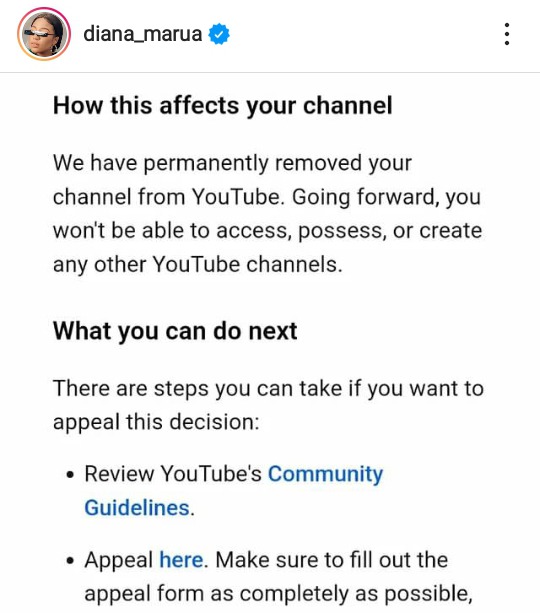 On the caption Diana noted her page was hacked, name changed and it was finally deleted but pointed out that her team was working on containing the situation so as to get the account back.

And as expected fans dropped their comments with some being sympathetic others saying that the hacker might be Willy Paul as they don't get along while others were skeptical and said that Diana was just clout chasing ahead of releasing her latest single. 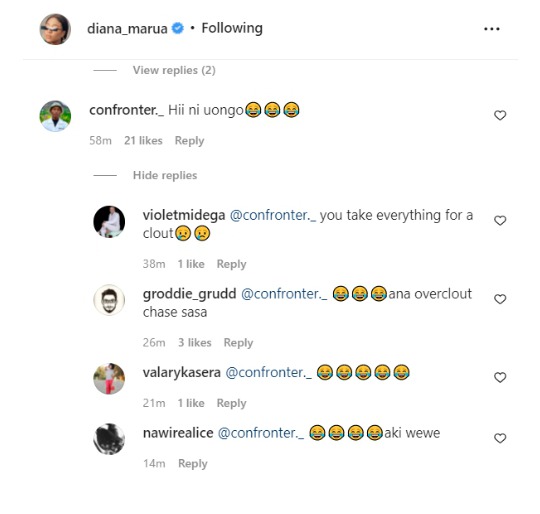 Diana B which is her stage name started her rapping career late last year by releasing 2 hit songs 'hatutawachana' and 'one day'. She announced recently that she is set to release a new song something her and Bahati have been talking about on social media for a while now. 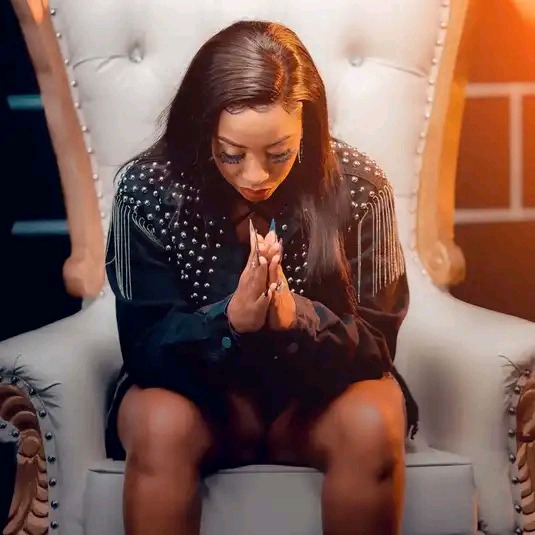 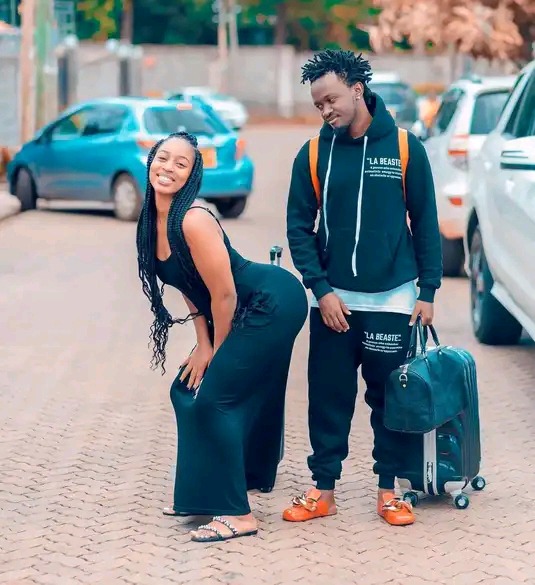 Content created and supplied by: Mandonaian (via Opera News )

August 9th General Election is Not Between Me and Karua, Gachagua Says