Man apologises to Jalang'o and asks Kenyans for help

By Gossipgloss (self media writer) | 2 months ago

Felix Odiwour alias Jalang'o is a radio presenter, a comedian and a talk show host. 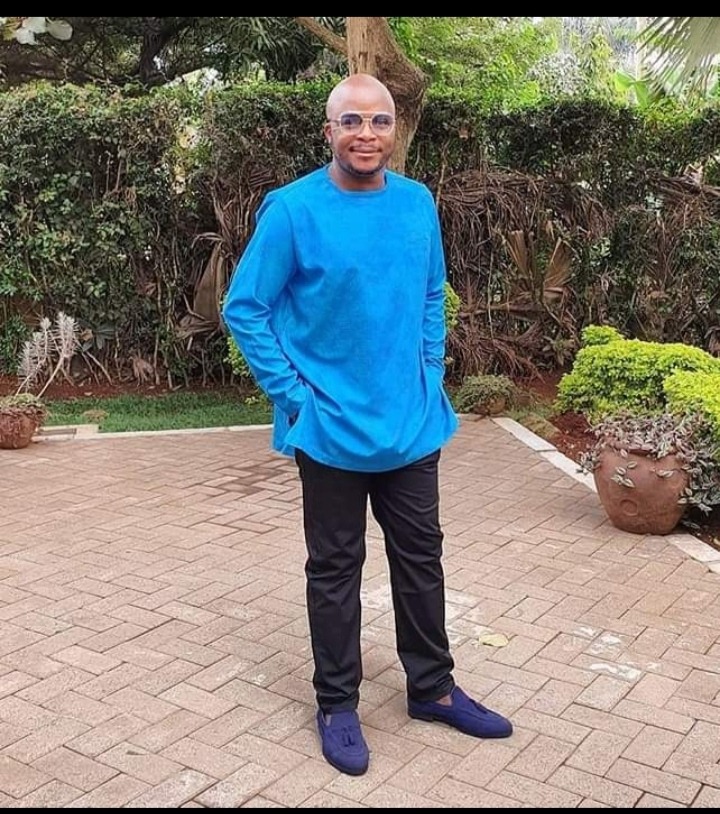 Vincent Mboya is a 21 year old who went viral after publicly asking Jalang'o to help him pay three months worth rent arrears. 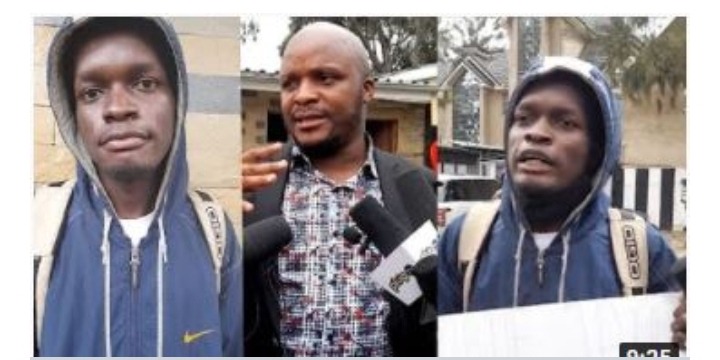 Jalang'o being a noble man decided to send the young man 18000 shillings so that he'd pay off his debts. Vincent said that Jalang'o adviced him to work hard and stop seeking sympathy using placards.

He got angry at Jalang'o claiming that he had been disrespected because Jalang'o blatantly told him to go work his a** off. He appreciated the help coming from the comedian but got disappointed when he gave him such 'harsh advice' according to him. 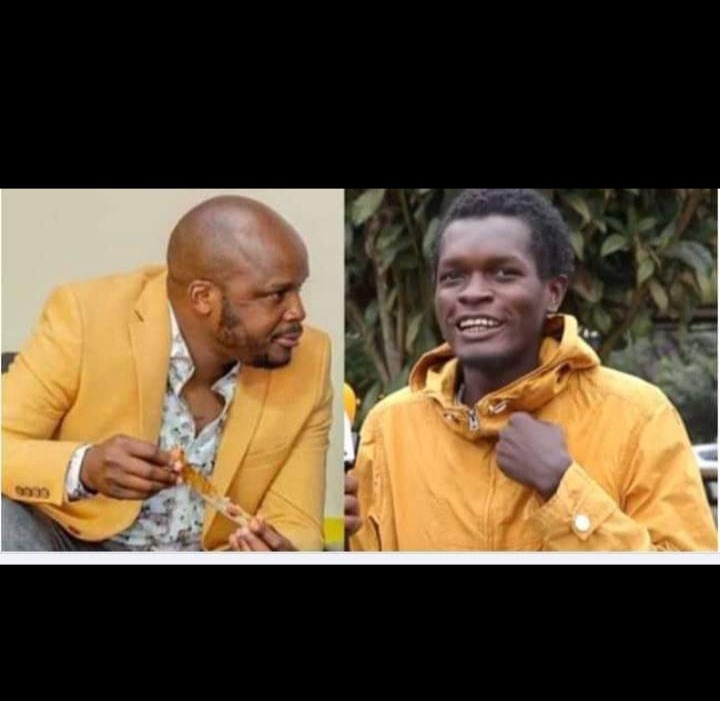 In his anger, Vincent decided to refund the cash back to the comedian. He then hid behind the fame he was getting as the man who refunded back money given to aid him. In a recent blog Vincent has now revealed how much he struggles to make ends meet. In the interview he said, "Let me come clean and confess that i have been pretending that I am doing fine but to be honest I am not okay. I have unpaid debts and am totally broke. If anyone can help me, not necessarily with money, but with a business or a job, I will highly appreciate it."

Netizens chastised him on Facebook and generally informed him that he was ungrateful and proud for not accepting the help given just because he was adviced to work hard. 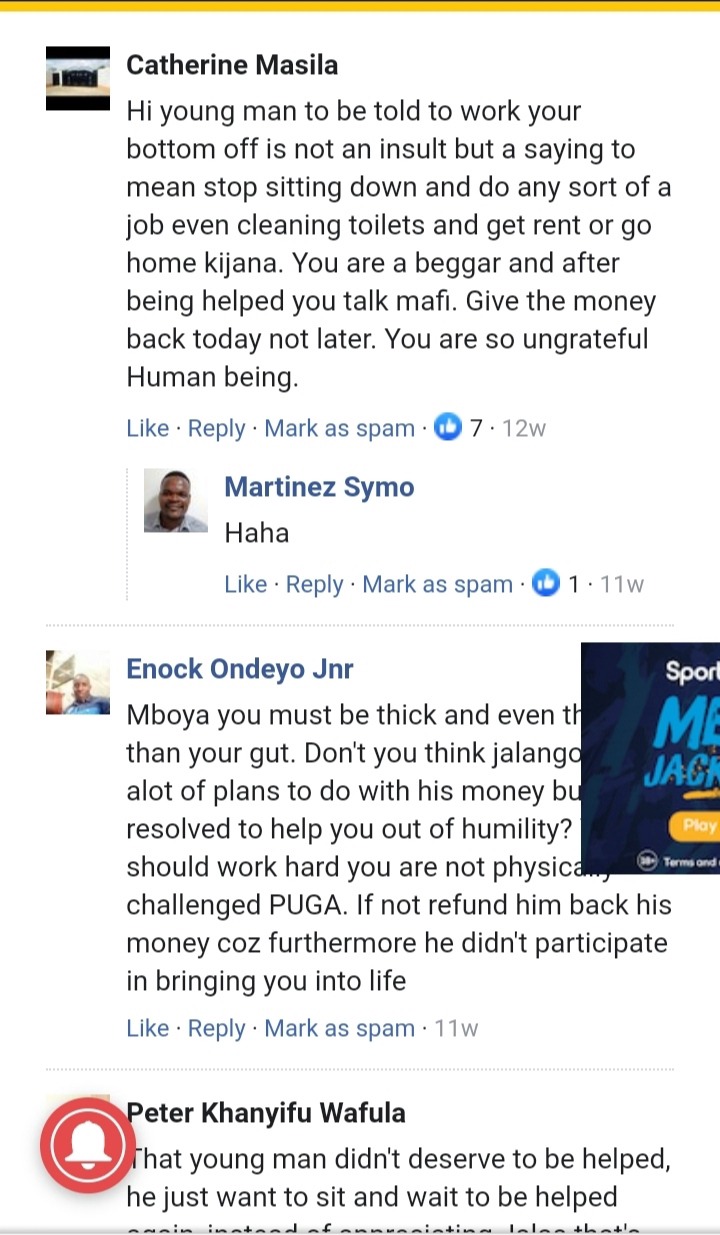 The man further narrated that he is no longer at loggerheads with Jalang'o. He even went to his Facebook book page and personally apologized to the comedian. He has assured Kenyans that he has learnt from his mistake and when he will find a job he will completely work as hard as he possibly can to prevent him from being in such a position again.