3 Things Otile Brown Can Do To Regain His Lost Views

By Danteeh_ke (self media writer) | 19 days ago 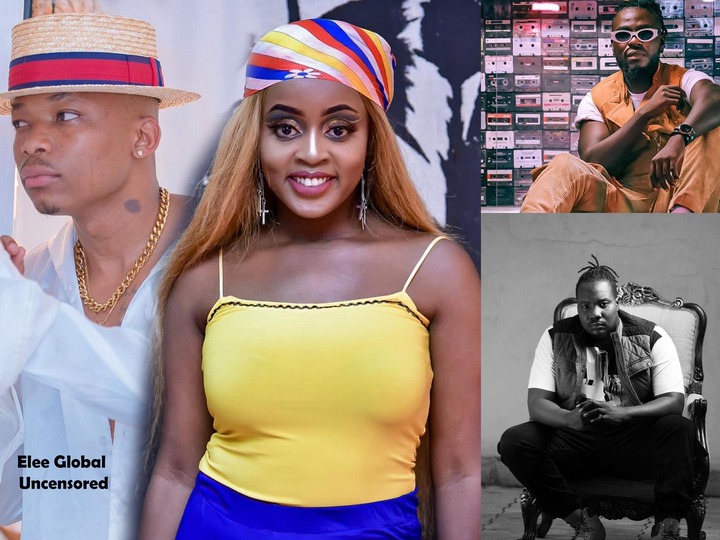 Otile Brown is suffering a huge blow after his best songs were deleted by a close person in what looks like an attempt to bring him down. Otile Brown's manager has today announced via Mungai Eve interview that they know who deleted their songs from their youtube channel and they have already initiated a process of getting justice so that nobody else would dare do such a thing again.

Otile Brown lost over 194 Million YouTube views from his best performing music projects. The 5 projects had an average views of 38 Million each. It took Otile Brown more than a year to get such number of views. He used to earn a huge revenue from the video but now he will have to rely on his new projects and the existing youtube videos to continue earning YouTube revenue.

For Otile Brown to regain the views that he has lost on YouTube, he will have to do new projects with the same artists. For instance his Dusuma video did so well despite it being just an audio song. He will have to shoot the "Dusuma" video with Meddy and release it As soon as possible.

Most Otile Brown single projects usually get an average views of 3 Million in a year. This means that If he releases new projects every week he will probably get ~12million every month, which is 144 Million views every year. If some of his songs get more than 10 million views then the value will rise up to approximately 170 million views. Let's say he drops a new album and gets more views then he will be able to get more than what he has lost.

Otile Brown is a very talented artist in Kenya thats why Kenyans refer to him as the Kenyans Diamond Platnumz.

Nadia Mukami, Willis Raburu and Nviiri can do the same thing to get more views. There is nothing impossible under the sun. 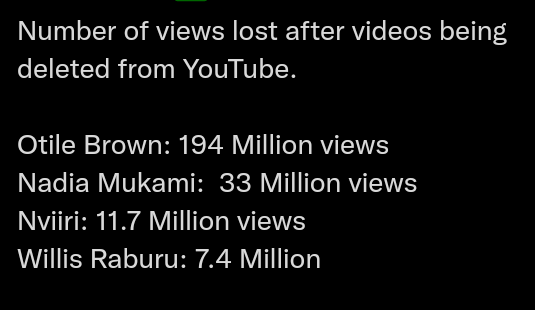