"I Was Asked To Drop My Underwear To Be Inspected If I Was A Woman", Kenyan Lady With Beards Narrate

By INTRODUCTION (self meida writer) | 25 days

Hormonal imbalances have so far been a common and again weird issue among women who mostly generate manly features on their bodies. Meet Teresia Wambui, a Kenyan woman who has been struggling with growing beard and hair on her face since she hit puberty. 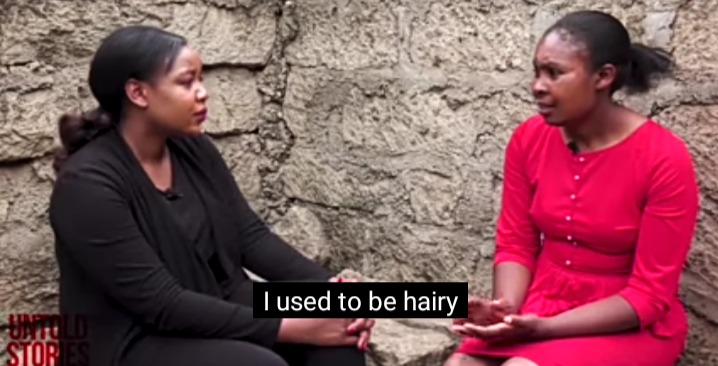 During an interview by a popular Tv station on youtube, the mother of one who works as a conductor in Nairobi revealed that she grows beards like men and has been giving her insecurities to the extent of her contemplating suicide at one point.

Wambui stated that at one point she was arrested by police officers in Kariobangi and due to her facial hair, a female police officer asked her to drop her underwear so that she could confirm that Wambui was indeed a female. After being released, Wambui added that she had thought of committing suicide after the incident as she felt unwanted by the society but thought about her son back at home.

She further stated that she rarely gets out during the day when off due to people looking at her differently and would rather stay hungry the whole day and go buy food when it's dark. Her son who is still young, has already accepted how his mother is as Wambui further revealed that he asks her sometimes if she would shave or not. 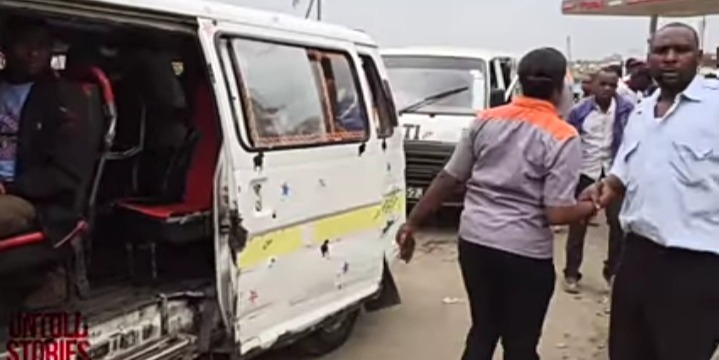 (Wambui at her place of work)

Wambui now asks people in the society to naturally accept women with beards and those experiencing hormonal imbalances as they are still women adding that they also deserve love and respect.

To watch the video please click on the link below;