By DisembeDikembe (self meida writer) | 1 months

Nairobi Politician Karen Nyamu has today released screenshots of her conversation with Kikuyu musician Samidoh, just hours after the musician gave a public apology to his wife and fans. The politician accused Samidoh of being insincere in his apology hence releasing a screenshot of their WhatsApp conversation.

In a separate post, Nyamu accused Samidoh of basing his apology on half-truths and not the true state of affairs. She also threw a jibe at Samidoh's wife. 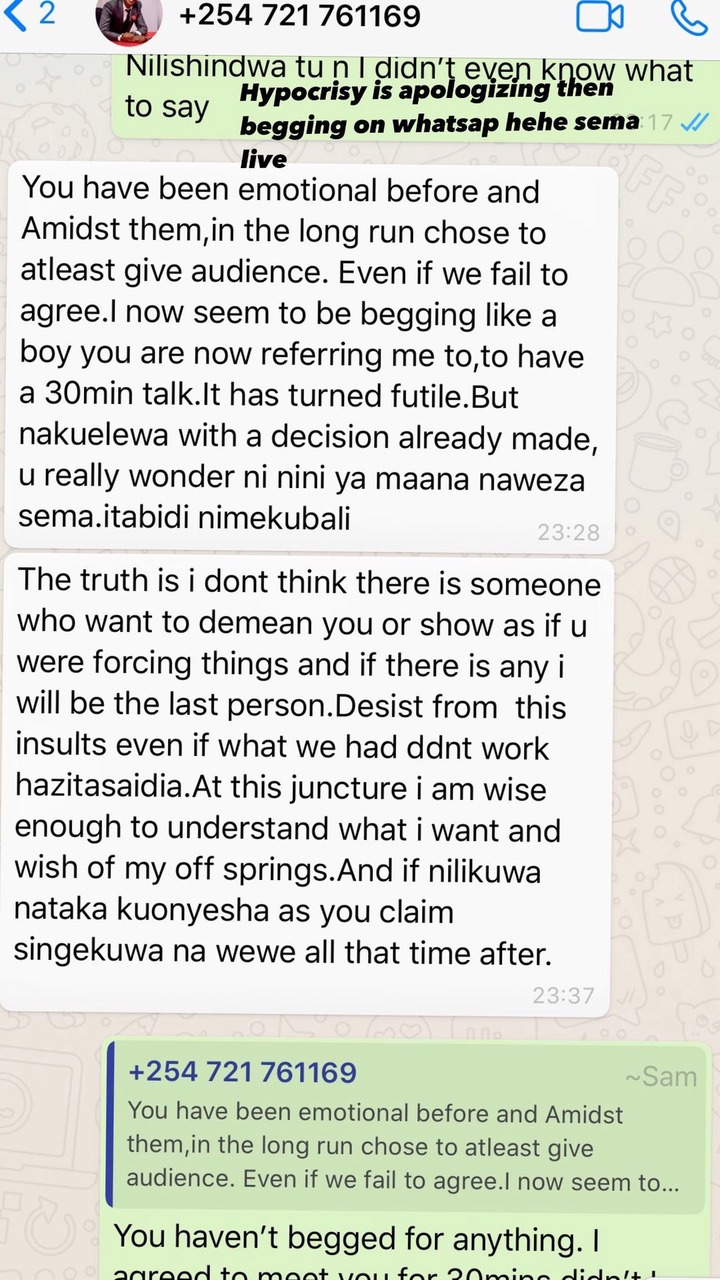 "Running away from reality mpaka lini? lakini si ata ungeshika your lovely wife venye wewe hunishika? It was easier to declare the whole truth than half because utakuwa slave wa apologies. You have done nothing wrong babe," she posted.

Her clap back comes after Samidoh accepted responsibility of the child borne from their affair, but maintained that he will still take care of his wife and children. Samidoh claims that he will not desert his wife of 11 years and also took issue with Nyamu for trolling his wife and children on social media. The musician has accepted to own up his mistakes but has asked Kenyans to avoid dragging his children into the drama.

Content created and supplied by: DisembeDikembe (via Opera News )

Justice William Ouko; The Man Who Administered Oath of Office to President Mwai Kibaki in 2002