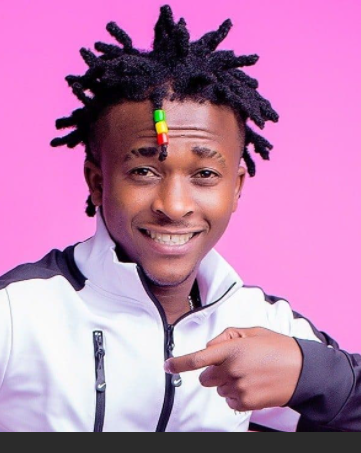 In marriage, you must be able to understand each other. Their love started when they were very young. Carol was 16 years while Peter was 21 years. Their love began one day Peter got sick. By then Carol was her fan on TV. So Carol borrowed his number from a friend in order to send her requests.

Unfortunately, Peter became sick where he need an operation. Luckily Caro would visit him every day in the hospital. Although it was long-distance Carol didn't bother. After Peter was released from the hospital, Carol decided to take him to her parents. Carol's parents had no problem with the whole idea. Later Peter was able to recover completely.

Due to Carol's act of love, patience, caring, and other things, Peter fell in love with her. According to Peter, he says that he never fell in love because of the good things she did to her. For years down the line, they are still together. Carol is now a musician. They value each other, complement each other, and even the parents blessed them in order to start a new life. Peter says that it took him a long time to make the decision on marrying Carol. After taking his time he is now convinced that Carol is the love of his life. Luckily both parents know that they are married and living together. According to Carol, she says that it has not been easy handling a family ''At times we do argue, misunderstand each other. But our way of handling issues is extraordinary. We always have solutions.'' She adds.

Peter spends money mostly with friends. One day he bought his friends food. And although they were satisfied he still asked them if they need food. Carol became furious because of the whole thing. Peter adds that he is a better cook than Carol. ''At times Carol cooks raw peas that are like potato crips. I always complain.'' Peter says.

Caro tells that Peter is always unorganized. She adds that she calls Peter many times. Peter calls her twice a day. Unfortunately, Caro is the one who brings up issues every day. She always starts arguments. Luckily Peter writes Carol's songs. They are not ready to have children. They want to first concentrate on their music career and investment. ''When the time comes everybody will know. For now, we want to build our careers and also enjoy each other's company.'' Carol adds. For Carol, she is not ready to become a mother for now. Fortunelrty, her vision is to be a mother and have children in the near future.

For those who want to get married at a young age be cautious. Marriage is not easy. You have to preserve, be patient, be hardworking, and be a go-getter. Never get married for money because when they fade away you will just leave. Together start from scratch and start climbing the ladder of success.