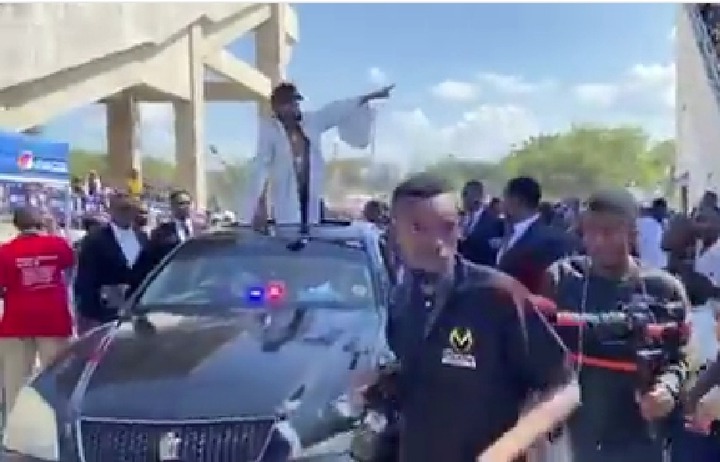 For Many years now, Kenyans have in one way or the other undermined their own Comedians and Artists while welcoming those from other Countries in terms of YouTube Views on their Creativity and other factors. This has forced this Artists to cross borders and showcase their Talents in other sorrounding countries that are eager to host them.

This was the case with Kenya King of Comedy Erick Omondi who was invited in Tanzania in an event that was graced by many High profile individuals and thousands of Tanzanians who were even blocking the entrance of the Stadium to receive Him in the well planned event.

In one of the Videos that the Star Shared through His Facebook page, He was seen waving to the electric crowd in Tanzania while on top of a black expensive escalade like Car that was slowly moving inside Uhuru Park. Journalists with Cameras and also Bodyguards who were operating very closely were seen running up and down around the Car to record the event.

A Video taken by a drone from all angles of the International stadium showed the biggest number of fans who could not Hide their Joy towards the Comedian. Erick confirmed that the people were around 40 thousand and each and everyone of them had paid for a ticket to be inside the field.

In another separate video, The talent was seen jumping up and down while entertaining the crowd. He captioned the video with a statement saying that the event has qualified to be historic because of the way it was planned and even the projected turnouts of 40 thousand people who all came by. He even added that the next stops will be Arusha, Dodoma and Mwanza which are all in the same Country. He will later head to Uganda. 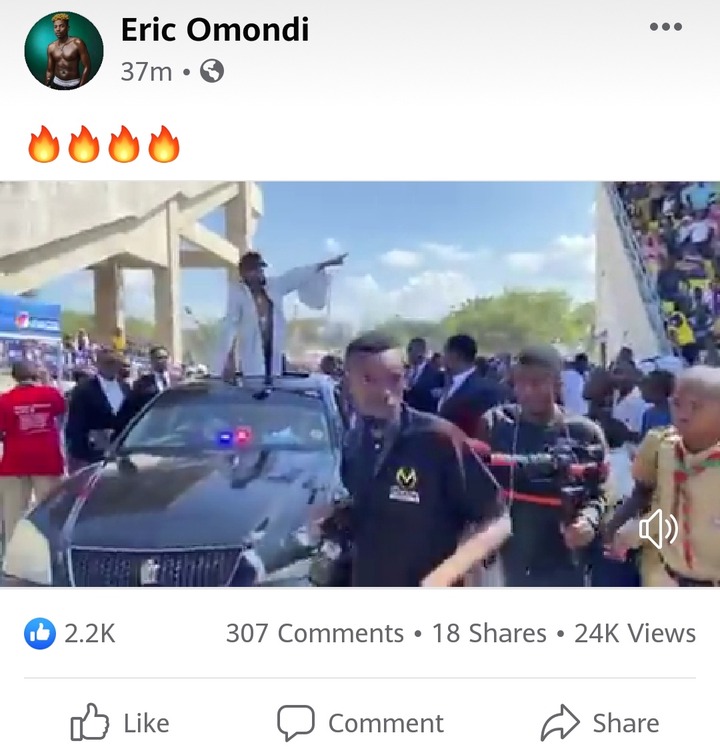 With Comparison to How He operates in the Country, Erick has never had any bigger show in Kenya except for the Churchill Show that He has been performing from since He began the Comedy. He has also been posting on His social media handles His pieces of work which consists of short Comedy videos.

This marketed Him accross Eastern Africa, for almost a decade that He has been in the Industry. His engagement with other top Comedians from Nigeria and other African countries has seen Him make strides and secure a space on the list of the most talented people in the Comedy industry.

The Artist also recently posted in His Facebook page a video where He was displaying sh. 3 Million notes on the floor that was in the Tanzanian currency. He was replying to the NCPB boss Ezekiel Mutua after He alleged that Kenyan Artists are always begging because they don't have money.

You can click on the link below to watch the video :

Below are some of the Comments from Kenyans : 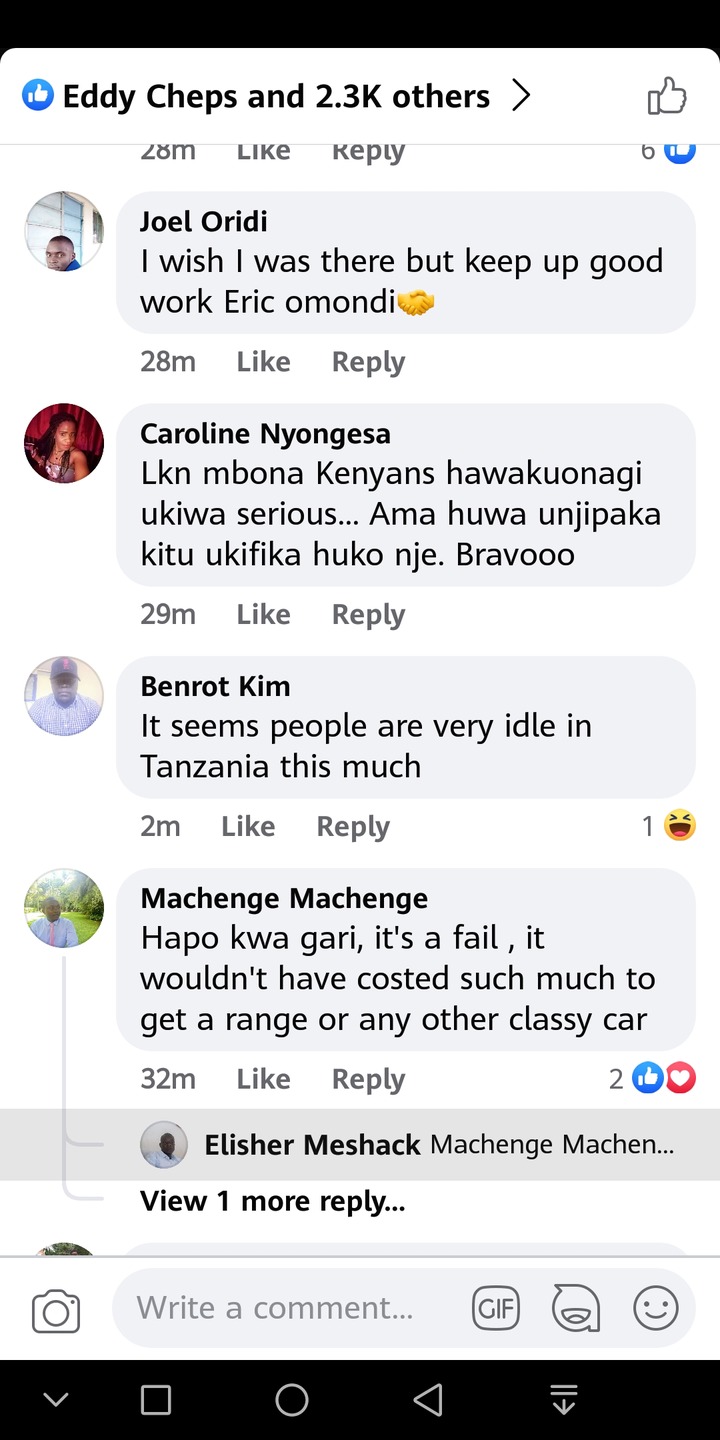 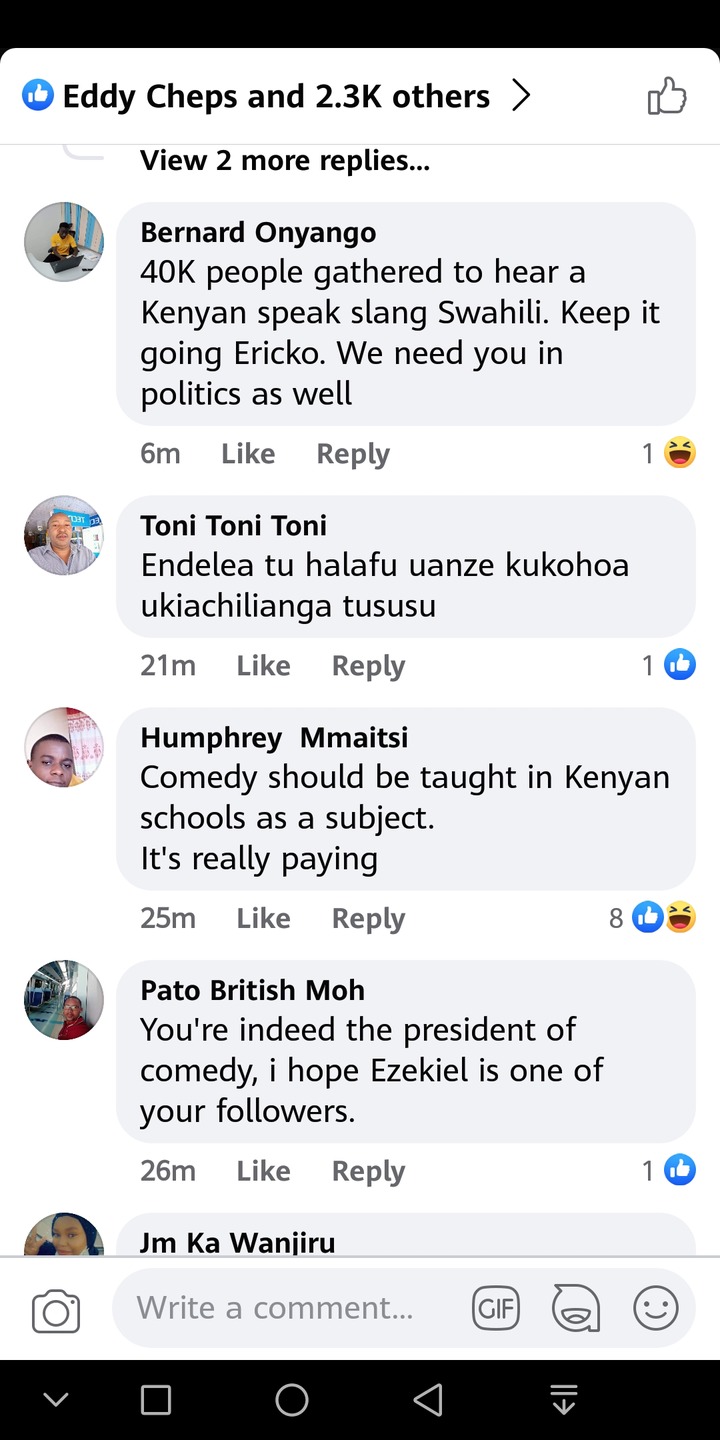 I Lost My Sight After Taking A Cup Of Tea Which My Husband Refused To Drink:Woman Narrates Her Story